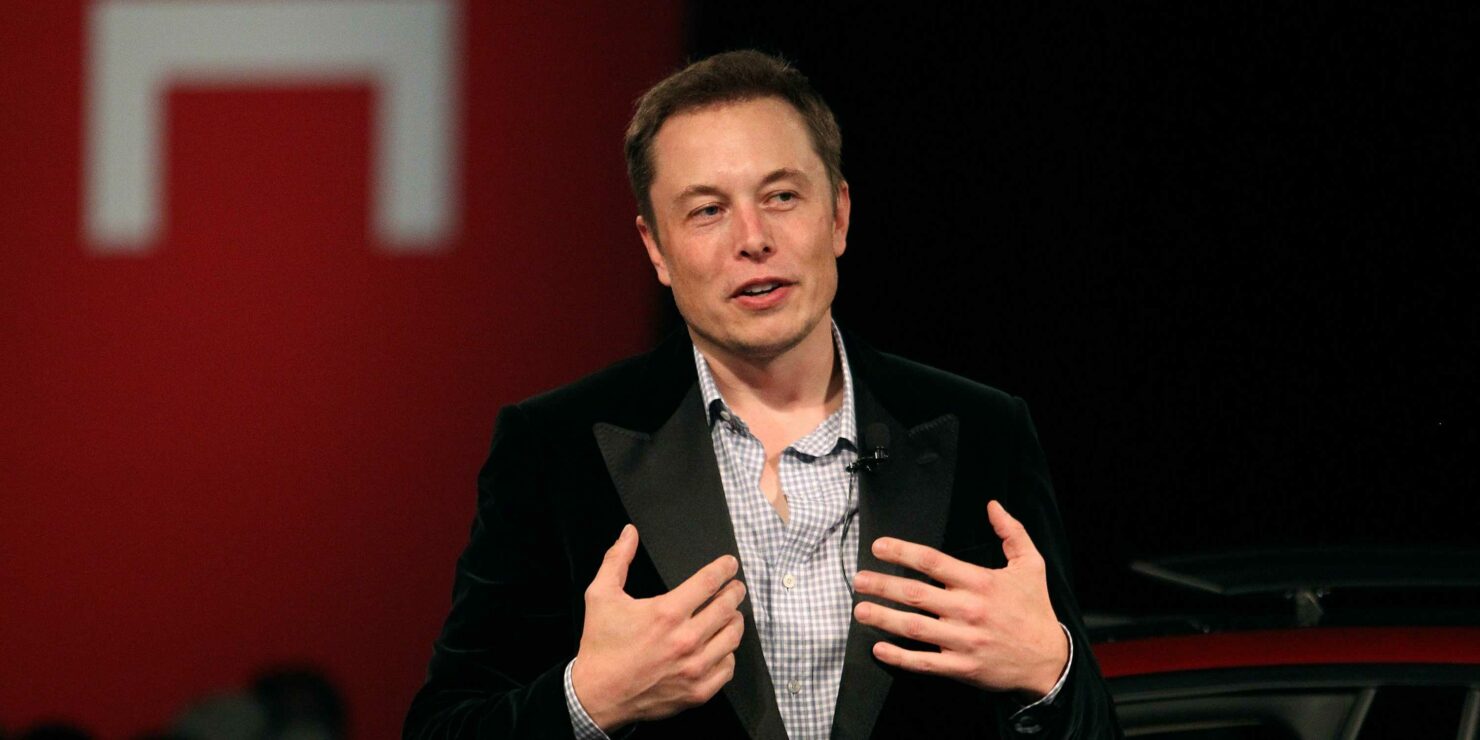 Fulfilling a promise that he made, Tesla’s CEO Elon Musk has released the results of his investigation into factory working conditions. Musk promised to investigate the matter following accusations from an employee and Union advocate Jose Moran. Musk looked into Moran’s claims that the employees of the company were underpaid, suffered regular injuries and were also forced to work overtime at their Fremont facility.

All accusations about employee mistreatment were "outright false" according to Musk

The CEO sent a lengthy email to all of his employees addressing all of these concerns raised by Moran. He stated that the accusations were “untrue” and that the claims about improper safety controls in the company were unfounded. Musk also stated that the accident rate of the company was in fact less than half that of the average in the auto industry. So employees are actually working in a safer environment on average than they would be if working for other companies.

In addition to this Musk also displayed a chart of compensation to employees, this included equity-based compensation (stock options and other share claims that employees get) and other benefits and a comparison of these number was made to that of three big automakers, GM, Ford and Fiat Chrysler. The chart clearly showed that Tesla employees were receiving better compensation than peers working in the big three companies. The working overtime claim was also debunked by Musk as he stated that the overtime hours of the company actually dropped by 50 percent since last year and so employees were working less overtime than they were before. He hoped that this number would improve (lesser overtime) with the production of the Model 3.

The CEO said that all claims about deplorable employee conditions were unfounded.

Musk also added a section on “Fun,” which he added to show the enjoyable side of the company. He discussed issues that are intrinsic in nature and addressed intangible employee benefits that the company will provide. The fun section included the frozen yoghurt stands that will be distributed throughout the company and also an electric roller coaster that will be made to help employees get around the Fremont facility in a cool way.

Hopefully Musk has addressed all issues in his email and there won’t be another accusation anytime soon. The full email sent by Musk is included below; while the crux is summarized above it is worth a read what the CEO had to say to motivate his employees:

“For Tesla to become and remain one of the great companies of the 21st century, we must have an environment that is as safe, fair and fun as possible. It is incredibly important to me that you look forward to coming to work every day. For that, we must be a fair and just company – the only kind worth creating.

This is vital to succeed in our mission to accelerate the advent of a clean, sustainable energy future. The forces arrayed against us are many and incredibly powerful. This is David vs Goliath if David were six inches tall! Only by being smarter, faster and working well as a tightly integrated team do we have any chance of success. We should never forget the history of car startups originating in the United States: dozens have gone bankrupt and only two, Tesla and Ford, have not. Despite the odds being strongly against us, my faith in you is why I am confident that we will succeed.

That is why I was so distraught when I read the recent blog post promoting the UAW, which does not share our mission and whose true allegiance is to the giant car companies, where the money they take from employees in dues is vastly more than they could ever make from Tesla.

The tactics they have resorted to are disingenuous or outright false. I will address their underhanded attacks below. While this discussion focuses on Fremont, these same principles apply to every Tesla facility worldwide.

The workplace issue that comes before any other is safety. If you do not have your health, then nothing else matters. Simply due to size and bad luck, there will always be some injuries in a company with over 30,000 employees, but our goal is simple: to have as close to zero injuries as possible and be the safest factory in the auto industry by far. The Tesla executive team and I are absolutely committed to this goal.

That is why I was particularly troubled by the safety claim in last week’s blog post, which said: “A few months ago, six out of eight people in my work team were out on medical leave at the same time due to various work-related injuries. I hear the ergonomics are even more severe in other areas of the factory.”

Obviously, this cannot be true: if three quarters of his team suddenly went on medical leave, we would not be able to operate that part of the factory. Furthermore, if things were really even worse in other departments, that would mean something like 80% or more of the factory would be out on injury, production would drop to virtually nothing and the parking lot would be almost empty. As you know firsthand, we have the *opposite* problem – there is never enough room to park! In fact, we are working at top speed to build more parking. Also, hopefully our darn BART train station will open before all hell freezes over!

After looking into this claim, not only was it untrue for this individual’s team, it was untrue for any of the hundreds of teams in the factory.

That said, reducing excess overtime and improving safety are extremely important. This is why we hired thousands of additional team members to create a third shift, which has reduced the burden on everyone. Moreover, since the beginning of Tesla production at Fremont five years ago, there have been dedicated health and safety experts covering the factory and we hold regular safety meetings with operations leaders. Since the majority of the injuries in the factory are ergonomic in nature, we have an ergonomics department focused exclusively on this issue.

The net result is that since January 1st, our total recordable incident rate (TRIR) is under 3.3, which is less than half the industry average of 6.7.

Of course, the goal is to have as close to zero injuries as humanly possible, so we need to keep improving. If you have a safety concern or an idea on how to make things better, please let your manager, safety representative or HR partner know. You can also send an anonymous note through the Integrity Hotline (this applies broadly to any problems you notice at our company) or you can email safety@tesla.com.

At Tesla, we believe it is important for everyone to be an owner of the company. This is your company. That is why, unlike other car companies, everyone is awarded shares and you get to buy stock at a discount compared to the public through the employee stock purchase program. Last year, stock equity grants were increased significantly and it will happen again later this year once Model 3 achieves high volume.

The chart below contrasts the total comp received by a Tesla production team member who started on January 1, 2013 against the total comp received over the same period at GM, Ford, and Fiat Chrysler. A four year period is used because that’s the vesting length of a new hire equity grant. I believe the equity gain over the next four years will be similar. As shown below, a Tesla team member earned between $70,000 and $100,000 more in total compensation than the employees at other US auto companies!

Another issue raised in the UAW blog was hours worked. First, I want to recognize how hard you worked to make our company successful. Those hours mattered to you, to your family and to our company, and I can’t tell you how much I appreciate them.

However, the pace needs to be sustainable. This is why the third shift was established and why we created alternate work schedules based on feedback from various teams in the factory.

These changes have had a big impact. The average amount of hours worked by production team members this year is about 43 hours per week. The percentage of overtime hours has declined by almost 50% since the super tough time we had last year achieving rate on the Model X, which is probably the hardest car to build in history. What an amazing accomplishment! It is also a lesson learned, which is why Model 3 is designed to be dramatically easier to manufacture.

As we get closer to being a profitable company, we will be able to afford more and more fun things. For example, as I mentioned at the last company talk, we are going to hold a really amazing party once Model 3 reaches volume production later this year. There will also be little things that come along like free frozen yogurt stands scattered around the factory and my personal favorite: a Tesla electric pod car roller coaster (with an optional loop the loop route, of course!) that will allow fast and fun travel throughout our Fremont campus, dipping in and out of the factory and connecting all the parking lots. It’s going to get crazy good

Thanks again for all your effort and I look forward to working alongside you to create an amazing future!”