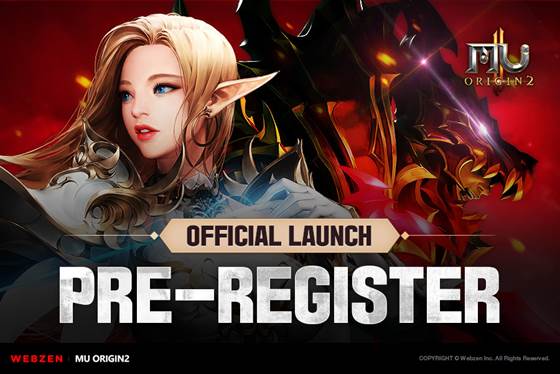 The Asian market has been known to give us excellent MMORPGs over the years. With the expansion of mobile gaming, it isn't surprising to see them make their way to the platform. Several big names have already made their way to Android and iOS and today, another title joins their ranks. MU Origin has been one of the better Asian mobile MMORPG ever since it entered the market a couple of years ago. It turns out that the game was so good that there are now talks of an MU Origin 2. The sequel promises a solid gold battleship, boasting improved graphics and amped up gameplay, among other things. MU Origin 2 is now up for pre-registration on Google Play via a closed beta that starts this weekend. You can sign up for the closed beta by visiting the official website here.

The beta is available only in North and South America at the moment and it begins on March 29th and ends on April 7th. Log in between those dates and you’ll be able to choose from Dark Knight, Dark Wizard, or Elf before forming a party and heading out to conquer a few dungeons. Players will also be able to join a guild and solve problems with your guild-mates, and battle with other players either solo or in teams.

The closed beta will let you choose a pet to help you take down enemies on the battlefield, and a mount to help you cross large distances quickly. There are daily dungeons and field quests as well. We can expect almost all of the content to show up in the finished version from the beta. And if you reach level 150 during the beta and fill out a quick survey you’ll receive a coupon to redeem in the finished version of the game. There is no word about the iOS release of the game just yet, but it is reasonable to assume that it won't lag far behind its Android counterpart.