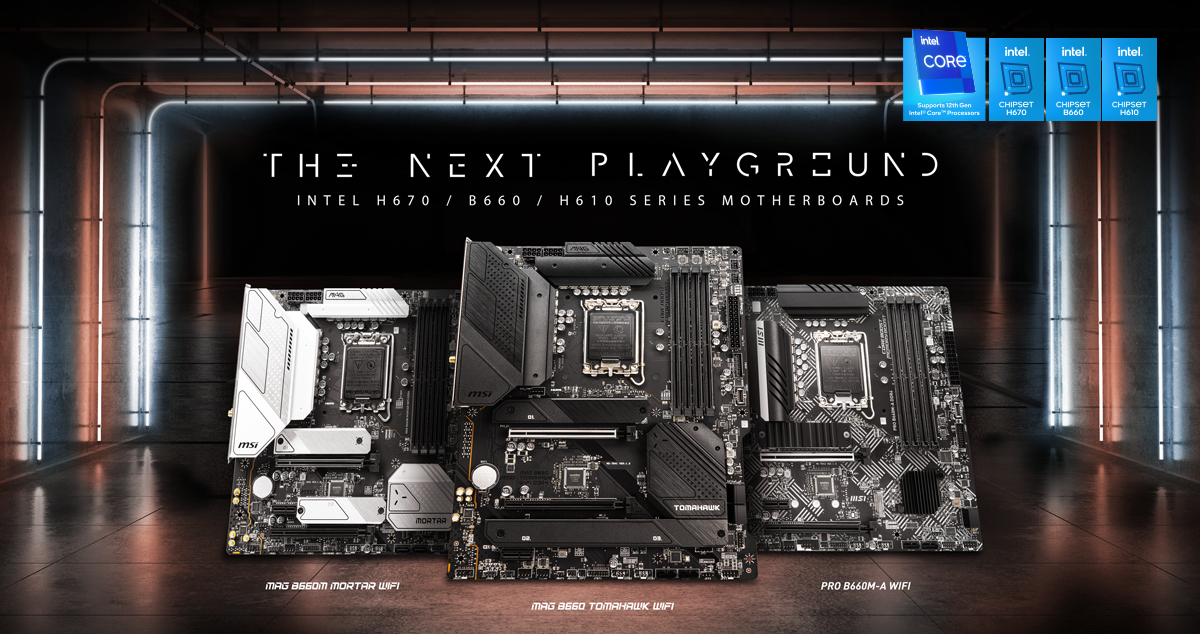 MSI has released a new BETA BIOS for its Z690 and B660 motherboards which improve memory compatibility for Intel's Alder Lake Non-K CPUs.

One of the main selling points of the B660 platform is that it supports XMP 3.0 technology while being more affordable than the Z690 motherboard options. Technically speaking, XMP 3.0 isn't memory overclocking but allows users to run their memory modules at the rated specs by DIMM manufacturers rather than the JEDEC specs. This allows faster performance than the non-XMP platforms such as H610 which will be running at JEDEC specs of DDR4-3200 or DDR5-4800. Intel's Non-K Alder Lake CPUs also don't feature fully-unlocked memory overclocking due to a locked VCCSA (CPU SA Voltage). This means that most users won't be able to run DDR4-3600 at Gear 1 mode.

To circumvent this issue, MSI has released a new BIOS that not only improves memory support but also applies Gear 2 mode on certain motherboards when running modules rated at DDR4-3600 or higher

If your system is unstable when DDR4 RAM runs at 3600Mhz, it's suggested to:

Update to the latest BIOS as listed below (which applies Gear 2 mode automatically when memory is at 3600Mhz and higher).

Or manually apply Gear 2 mode for now and wait for future BIOS update.

From MSI internal test, so far the result is as below,
*All result is done by MP CPU, QS CPU might have inconsistent result as MP CPU*

My system is unstable when DDR4 memory runs at 3600Mhz. What can I do?
Manually apply Gear 2 mode for now and wait for future BIOS update (which will apply Gear 2 mode automatically when memory is at 3600Mhz)
Is it a hardware limitation or is it possible to change it with BIOS update in the future?
Intel had confirmed VCCSA lock on non-K CPU is according to the Intel specification. Until further notice from Intel, BIOS update cannot unlock the limitation.