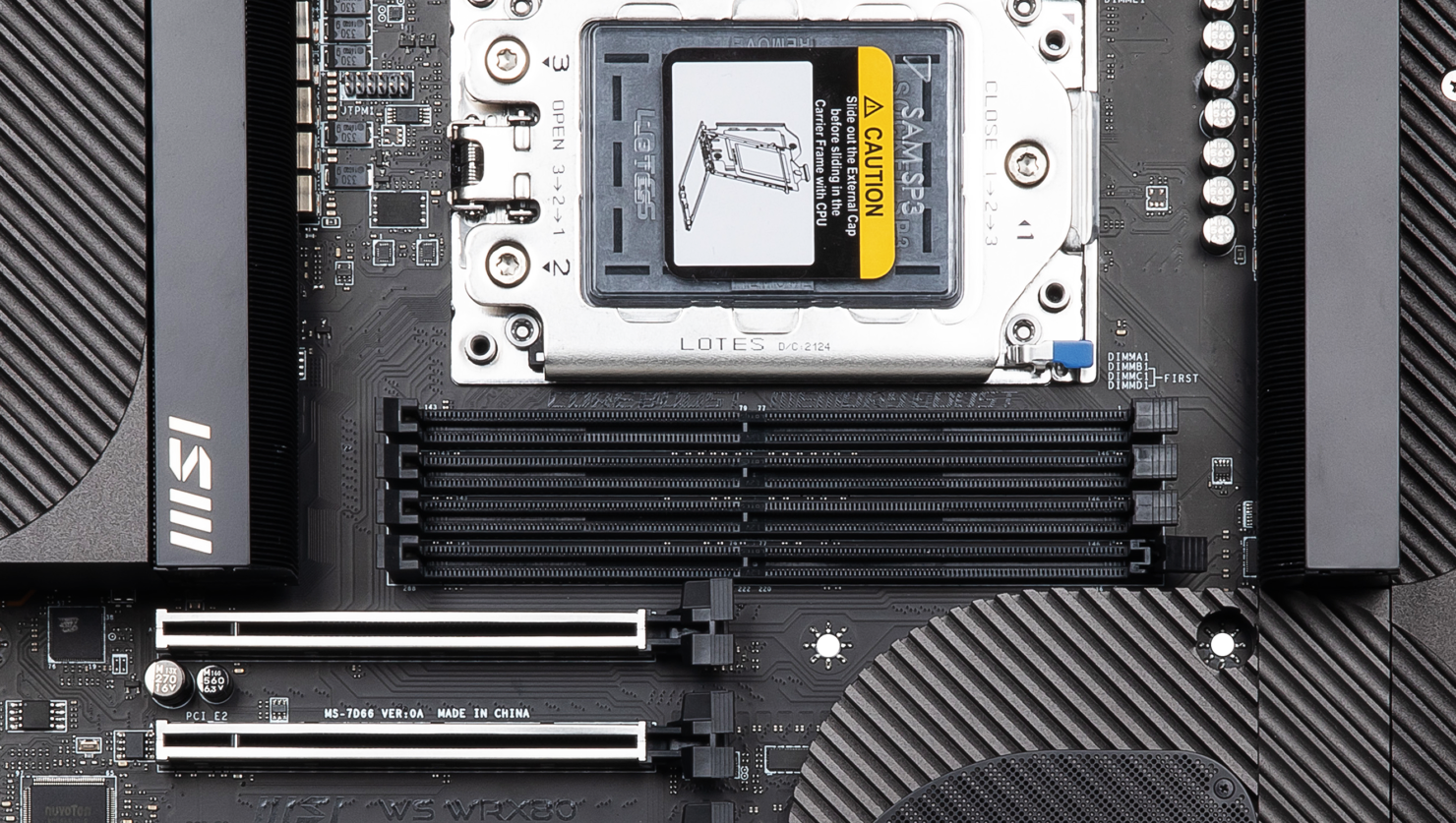 MSI is gearing up for the AMD Ryzen Threadripper & Threadripper PRO family with its flagship & monstrous WS WRX80 motherboard.

From what we have been able to gather, MSI is working on a brand new motherboard and its first-ever design for AMD's Threadripper PRO family. This new product will be marketed as the MSI WS WRX80 motherboard and is loaded with features and technologies. The board is designed for both, AMD Threadripper PRO 3000WX and Threadripper PRO 5000WX CPUs which is kind of interesting since AMD only recently announced its Zen 3 workstation family but so far has limited it to Lenovo but this would be our first confirmation that the 5000WX parts are just timed-exclusive for Lenovo and will be coming to the wider DIY segment soon. 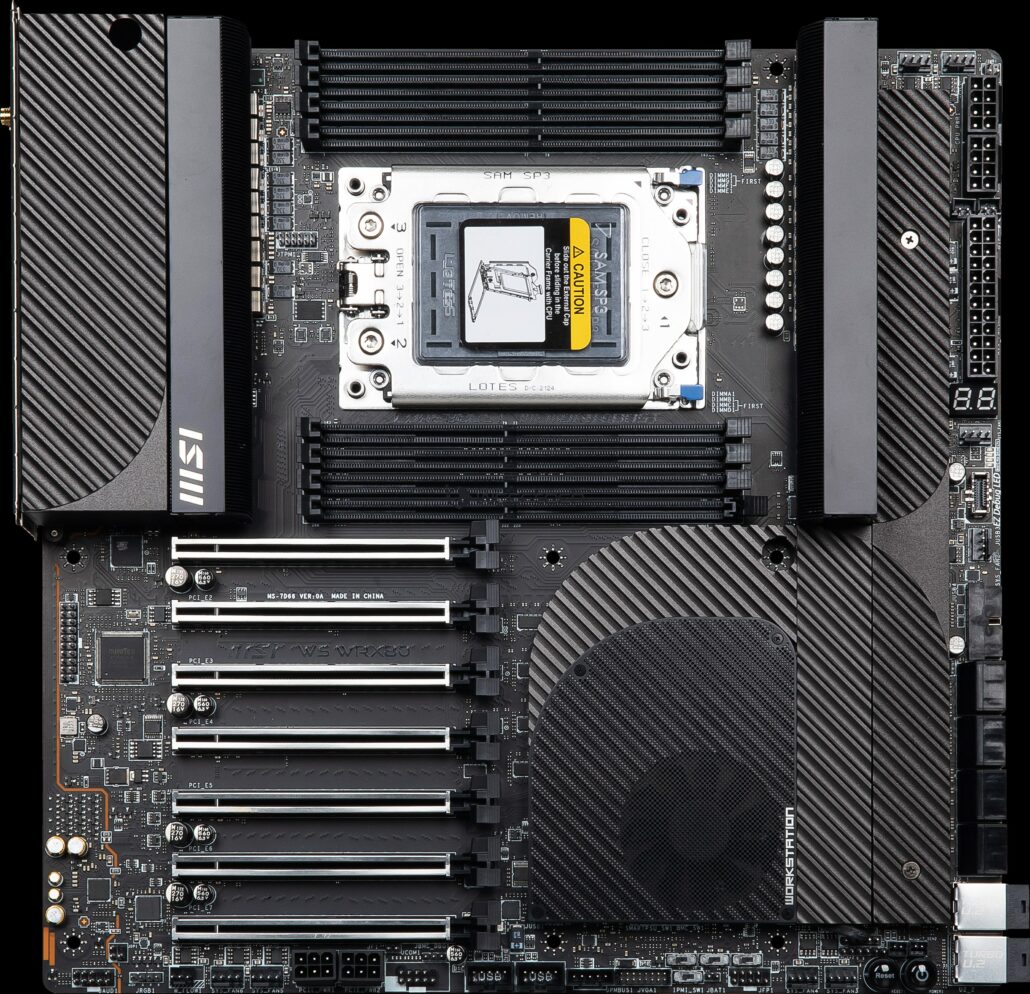 As for the specifications, the MSI WS WRX80 motherboard comes with a powerful VRM design that is incorporated on a 14 layer PCB, making use of 2oz thickened copper. There are 11 VRM phases (all-dedicated) and 105A digital power SPS units, all covered in an aluminum stacked fin array heat sink. The motherboard is powered by dual 8-pin connectors and a 24-pin ATX connector situated on the right side of the board. 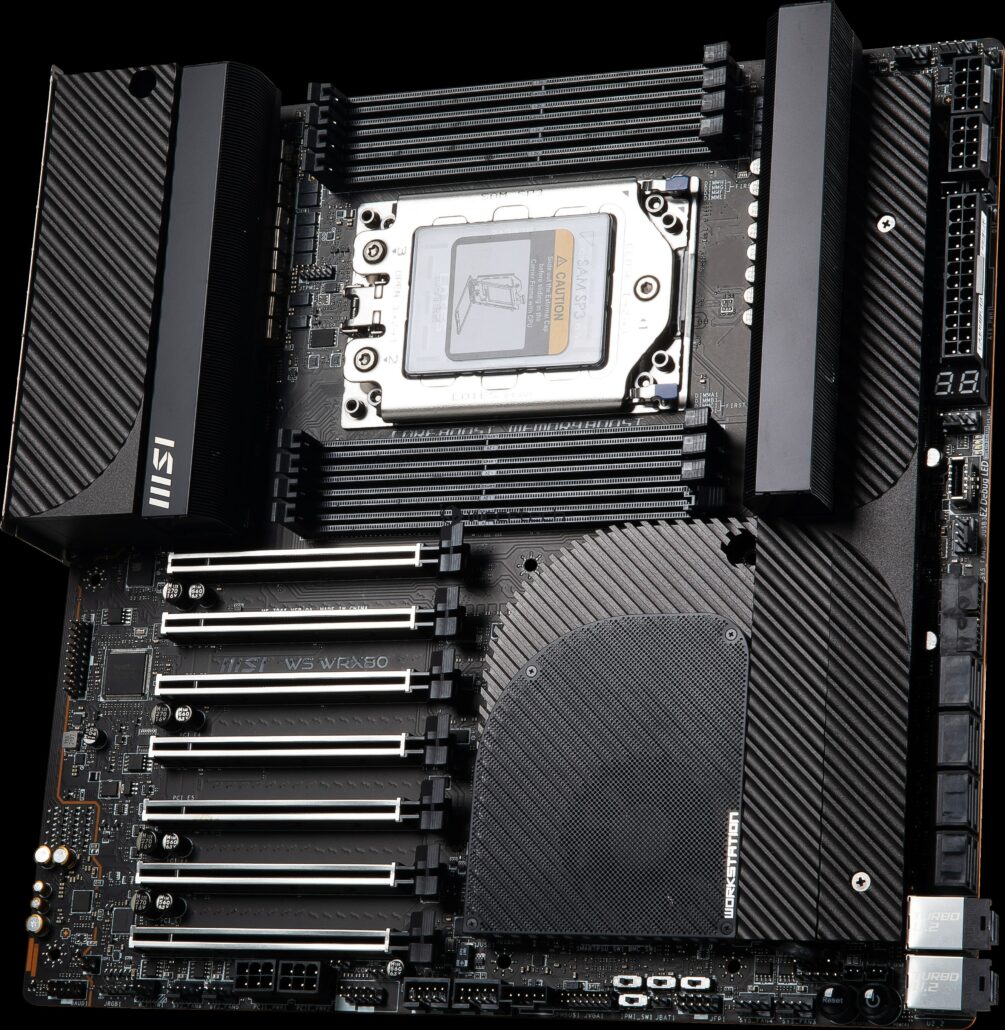 Like most WRX80 offerings, the MSI WS WRX80 also comes with a horizontally aligned SP3 socket which has a total of eight DDR4 DIMM slots, four on each side. The memory support includes clock rates of up to 3200 Mbps and up to 2 TB capacities. We have also learned that with Threadripper 5000WX chips, the motherboard would allow both memory and CPU overclocking capabilities with AMP support.

As for expansion options, the motherboard carries 7 all-metal reinforced PCIe Gen 4.0 x16 slots, all running at full x16 lane speeds thanks to the 128 PCIe Gen 4 lanes on the platform. There are also dual 6-pin connectors at the bottom of the board to make sure those lanes are fed with proper ATX power when running multiple add-in cards. Storage options include 8 SATA III ports and dual Turbo U.2 ports. There are also dual Lightning Gen 4 M.2 ports next to the WRX80 PCH heatsink. You can see the M.2 heatsinks spanning the entire top and bottom-right section of the board. The PCH heat sink comes with its own dedicated aluminum heatsink with a Twin Frozr heatsink fan with 0db tech and can be disabled manually. 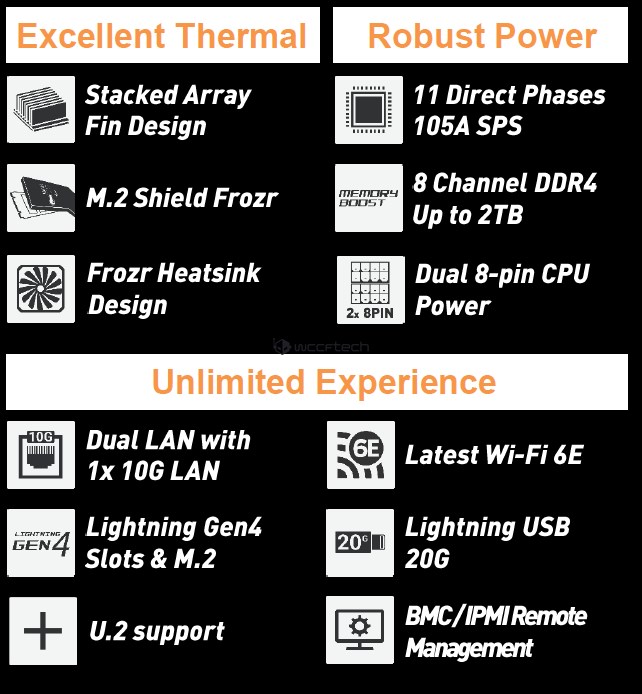 As for I/O capabilities, the MSI WS WRX80 once again leads with dual LAN (10/1G)ports, 20G USB 3.2 Gen 2 ports, WiFi6E wireless capabilities, and support for BMC/IPMI Remote management provided through the Aspeed AST2600 BMC chip. The motherboard has several fan headers and even rocks an EZ Debug LED which comes in quite handy for a motherboard of this proportions. We have been told that the motherboard will be launching next month with a very premium price tag since it is only the 4th WRX80 motherboard for a DIY manufacturer.