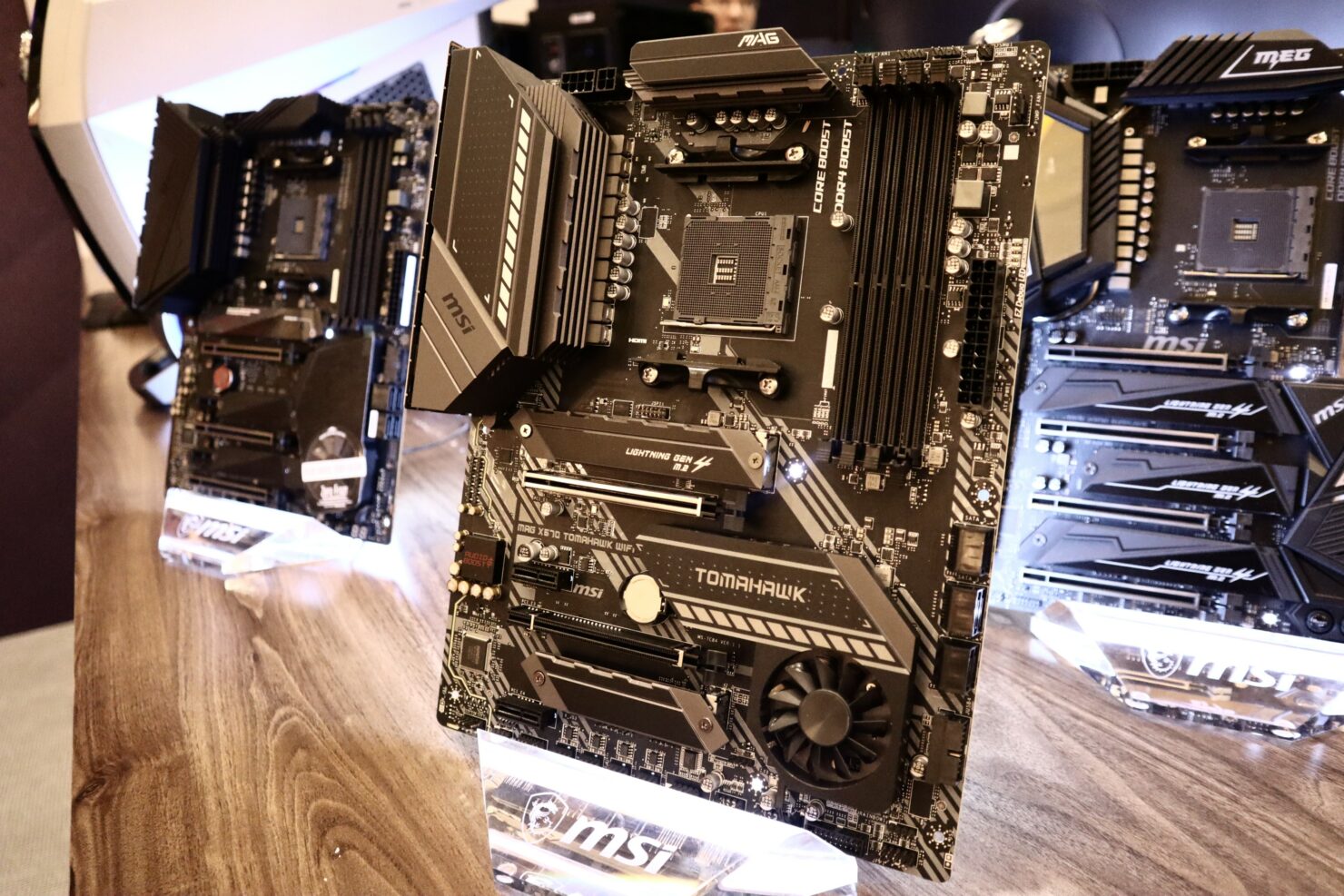 MSI unveiled their latest X570 motherboard at CES 2020, the X570 Tomahawk. The motherboard is what MSI's referring to the most powerful X570 board in its price segment which would fall around $189-$209 US.

The MSI Tomahawk series was mostly previously reserved for the B*50 series motherboards but the company has decided to add this particular SKU to their X570 high-end lineup. Currently, the MSI X570-A PRO, MSI X570 Gaming Plus and the MSI X570 Gaming Edge WIFI cover the $149-$210 US market segment, however, MSI's X570 Tomahawk is said to be the most powerful board in its price segment when released.

As far as the technical specifications are concerned, the MAG X570 Tomahawk carries a 12+2+1 phase VRM design (CPU / Memory). The AM4 socket is powered by an 8+4 pin connector configuration & the board itself is powered by a 24-pin ATX connector. There are four DDR4 DIMM slots that can support memory with speeds beyond 4600 MHz and up to 128 GB of DRAM capacity. The VRMs are covered by large heatsinks which featured finned aluminum blocks and MSI's extended heatsink design underneath the I/O cover.

For expansion, the motherboard features two PCIe 4.0 x16 slots, two PCIe 4.0 x1 slots and dual M.2 slots, all of which are feature M.2 heatsinks something which is missing on all the other MSI boards marketed in this segment. The PCH is cooled by a Frozr fan which has 0db fan technology. Storage options on the motherboard include 6 SATA III ports while I/O is offered through a handful array of USB 3.0 and USB 2.0 ports. 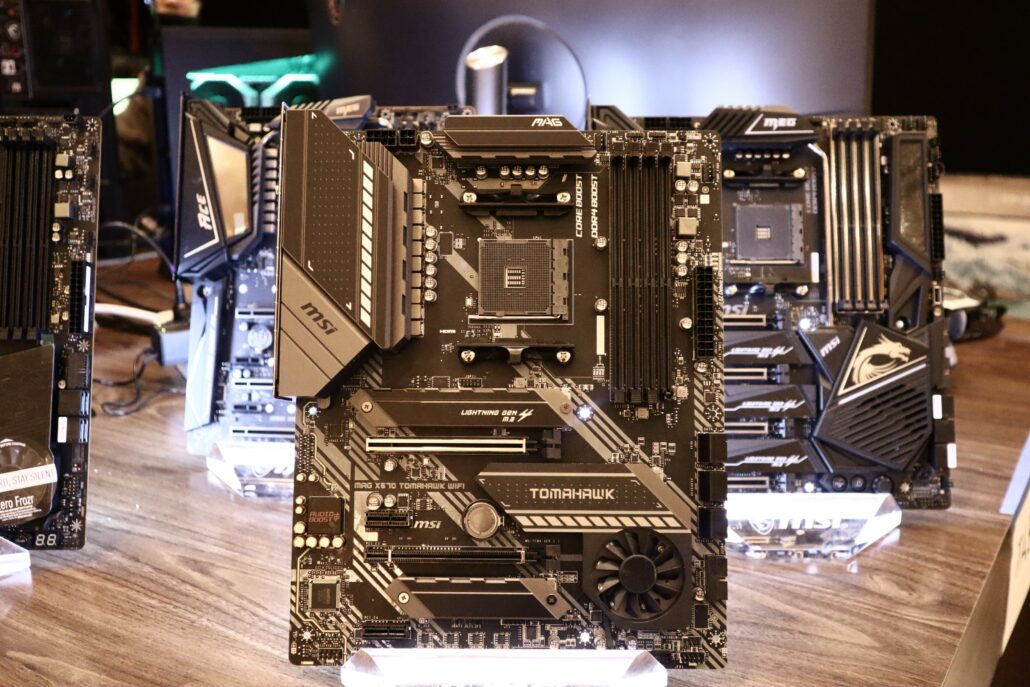 There's the Audio Boost 4 controller which powers the onboard audio. Overall, the motherboard seems to offer a very decent design and is said to feature wireless connectivity (WiFi 6) which is made apparent from both, its name and the antenna ports located on the back along with 2.5G LAN. Other I/O on the board would include 5 USB 3.2 Gen 2, 6 USB 3.2 Gen 1 ports and 6 USB 2.0 ports. The Tomahawk X570 from MSI is expected to hit retail in this quarter for pricing around $189-$209 US.