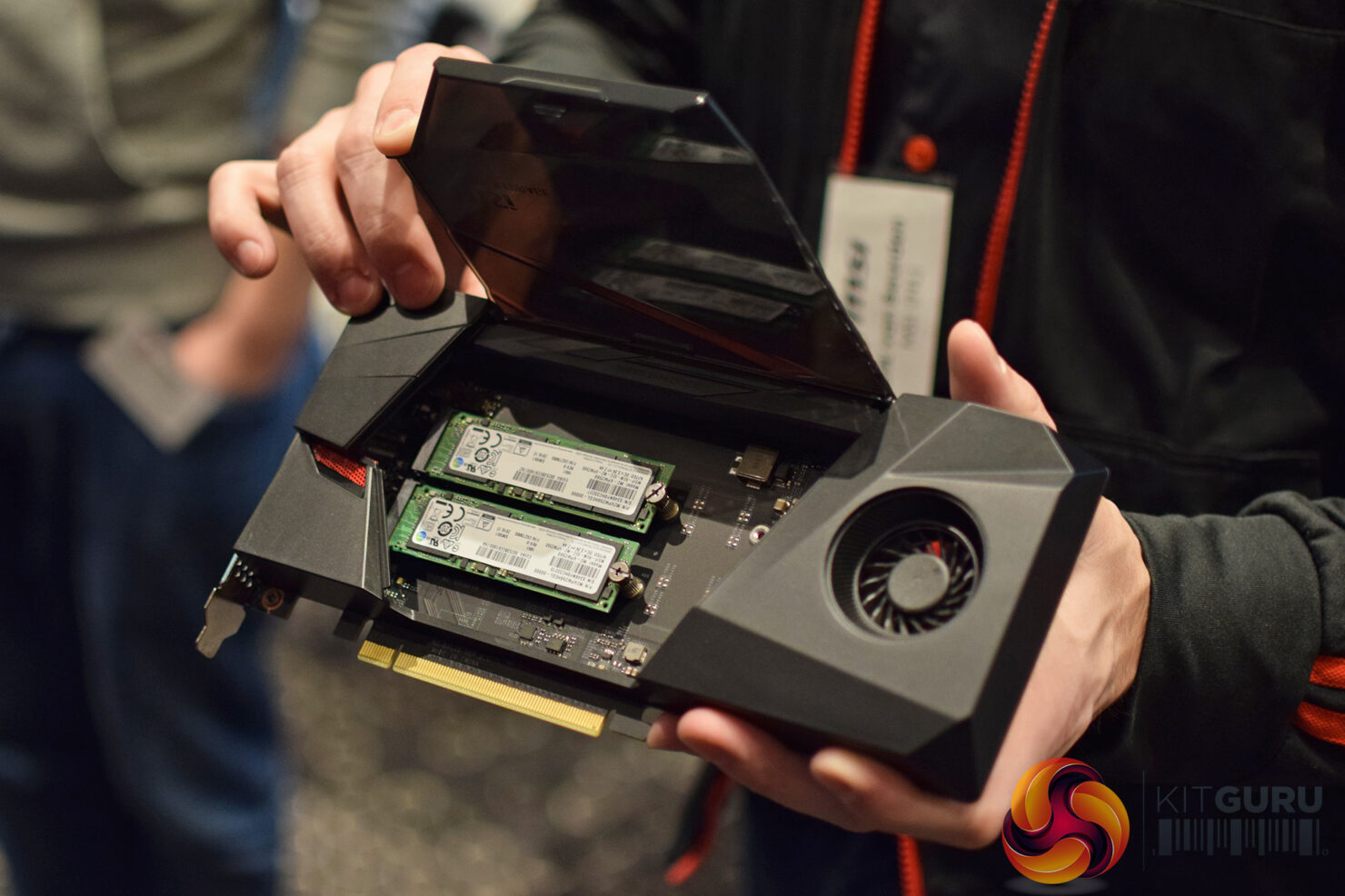 Micro Star International (MSI) has recently shown at a press conference in Amsterdam their Gaming Storage Expansion Card, which looks almost exactly like a single slot blower or "Reference" style cooler. It is a M.2 SSD Raid 0 Expansion Card that can directly use the CPU's PCIe lanes for superior storage performance for mainstream platforms.

With similar style cards from Asus, Gigabyte and Asrock The M.2 PCIe storage expansion/riser cards are finding their niche while this one is a bit different since its aimed at the mainstream Intel platform rather than the HEDT X299 platform. This card is unlike the quad variants from Asrock and Asus this card only supports dual M.2 drives which differs from the cards which support up to four drives.

This drive is a way for users on Z370 to combine to M.2 PCIe SSDs in RAID 0 for incredibly fast performance, it does this by interfacing directly with a CPU’s PCIe lanes rather than the PCH which has a limit of about 32gbps Kitguru saw a live demo of the gaming card packed with two Samsung SM961 SSDs they hit over 6600MB/s sequential read speeds and almost 3000MB/s sequential write speeds. More than double that of a single drive.

According to MSI’s, this will have a noticeable difference in users loading large 4K videos or loading files into Photoshop. MSI tested the total time taken to load a 48GB 4K video file, and with a single M.2 PCIe SSD it took 5:40, while that was cut to just 1:59 with the Gaming Storage drive. Similarly, loading a 39GB file into Photoshop took the Gaming Storage card just 4:06, while a single SSD took 7:21. 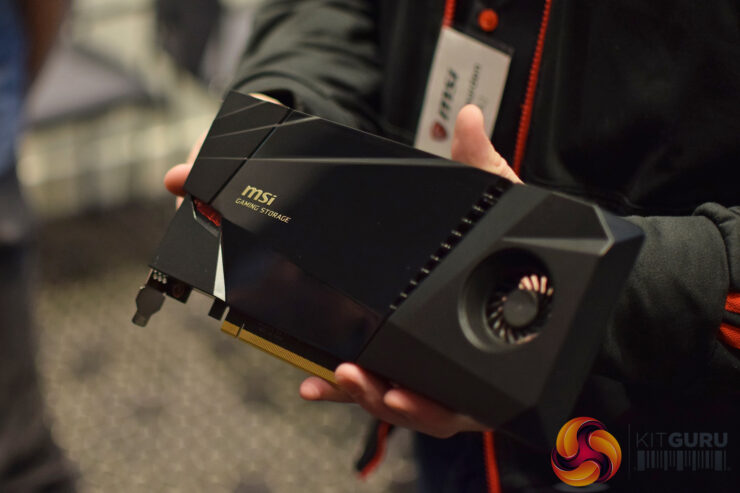 Unfortunately the MSI Gaming Storage Card is only available in select Aegis 3 and Aegis Ti Desktops depending on the configuration and MSI did not say they were planning on releasing them to the public any time soon. Hopefully MSI will release a standalone version for those seriously interested.