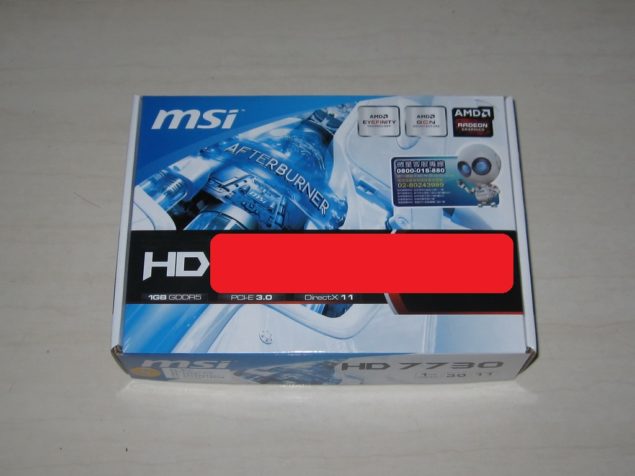 AMD seems to be preparing a new graphics card which would be known as the Radeon HD 7730. Toppc from Coolaler forums has leaked the pictures and benchmarks of the Radeon HD 7730 from AIB partner MSI that makes use of propeller blade technology.

Little is known about the specifications on the new AMD Radeon HD 7730 GPU since the GPU-z isn't compatible at  the moment with the card itself. However some details such as clock speeds and memory are available. The GPU is clocked at 800 MHz core clock and 1125 MHz memory clock. It probably features a 1 GB GDDR5 memory that operates along a 128-bit bus churning out 72 GB/s bandiwdth. The core is not yet known if its based on a cut down version of the Bonaire XT chip fused on AMD's Radeon HD 7790 or a cut down Cape Verde chip. 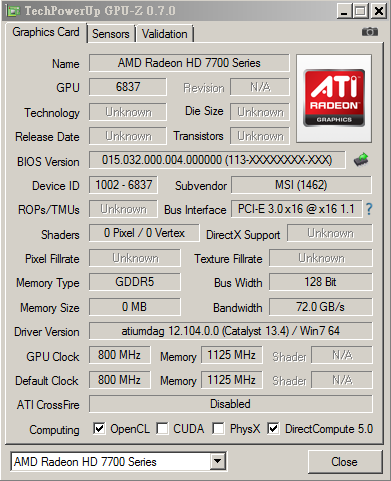 The GPU in size is pretty small and looks alot like the Radeon HD 7750, so the only difference which lies is in the core architecture. It makes use of MSI's single fan cooling design with circular heatsink sitting on top the core. Display outputs include DVI-L, HDMI and a display port. The card doesn't requires any sort of power connector since its needs are fulfilled by the PCI-e slot power. The PCB makes use of solid state capacitors and SFC (Super Ferrite Chokes), somethings that don't matter on an entry level card like the Radeon HD 7730. The GPU at max reaches temperatures of only 55C at load in furmark stress test. As far as benchmarks are concerned, the GPU was compared against the Radeon HD 6670. The results are given below:

As you can note, its quiet an update over the Radeon HD 6670 but we still want to see how it compares against the GeForce GT 640 and GeForce GTX 650 from NVIDIA since they would fall around the same price ($74.99). No price or release date was mentioned but if the retail models do exist then launch can't be far away. 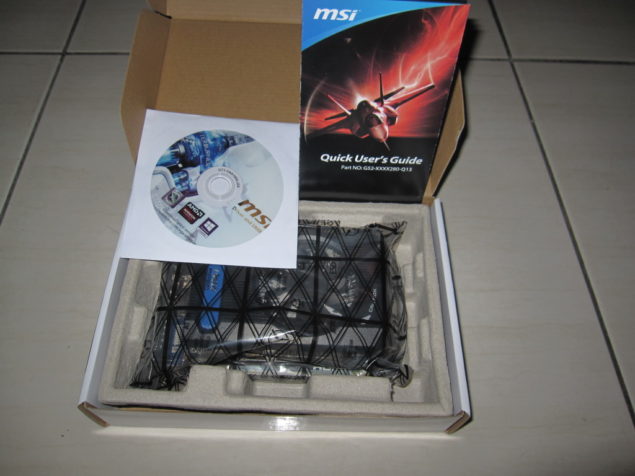 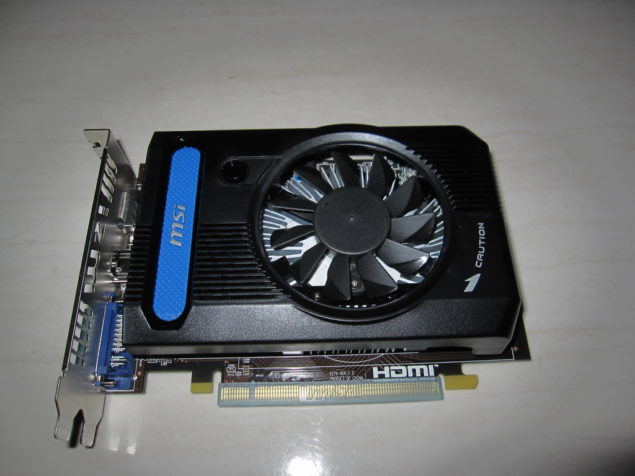 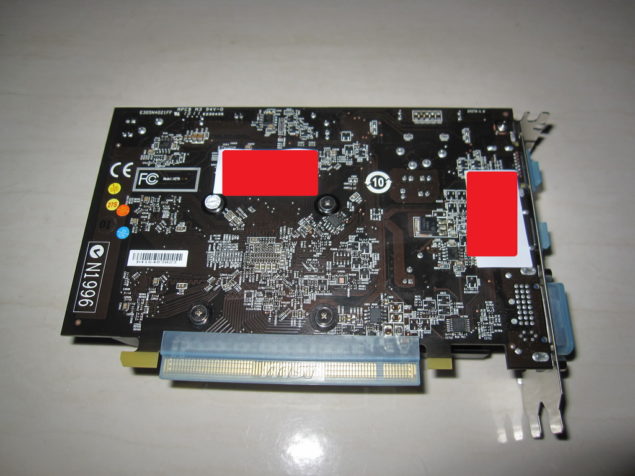