MSI's upcoming non-reference GTX 460 was revealed which will feature a Cyclone Cooler and may also come with a Factory Overclock. The GTX 460 Cyclone OC Edition will be available in 768Mb and also a 1GB variant although the 1GB variant has not been confirmed yet.

The card will be equipped with MSI's Cyclone cooler which consist of Aluminium fins in a round Heatsink with a fan placed in the middle to cool the card. The card is based on Nvidia's GF 104 Architecture and due to the cooler will run cooler than the reference design.  The clocks of the card will be 725MHz for the GPU, 1450MHz for shaders and 3600MHz for 768MB of GDDR5 memory paired up with a 192-bit memory interface and due to better cooling there's room for even more Overclocking. The card will have 336 Cuda Cores and the 1GB variant will come with a 256-bit wide memory interface.

The GTX 460 itself has a launch date set for 12th July of this year. While the MSI card having a non-reference heatsink we can expect the price to be a bit higher. You can see the pictures of the card below: 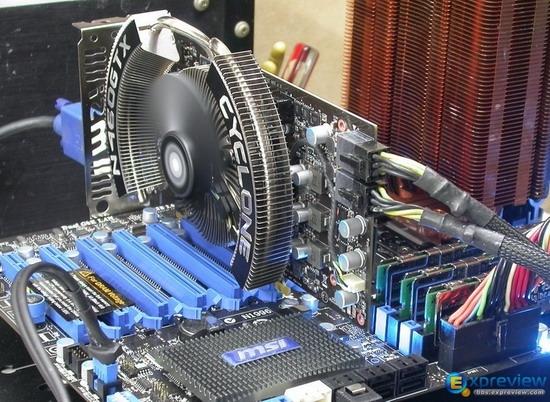 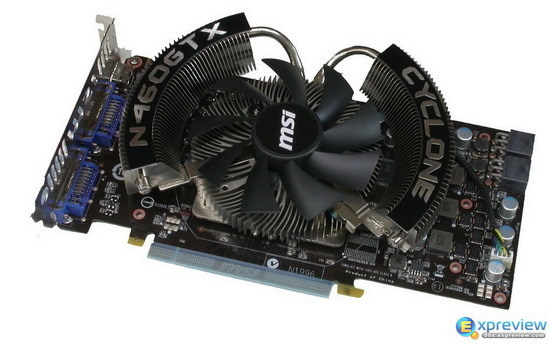