We've heard a lot of whispers about this card over the past little while. However today MSI is finally unveiling the cover and officially introducing the new Nvidia GeForce GTX 970 Gaming Golden Edition. 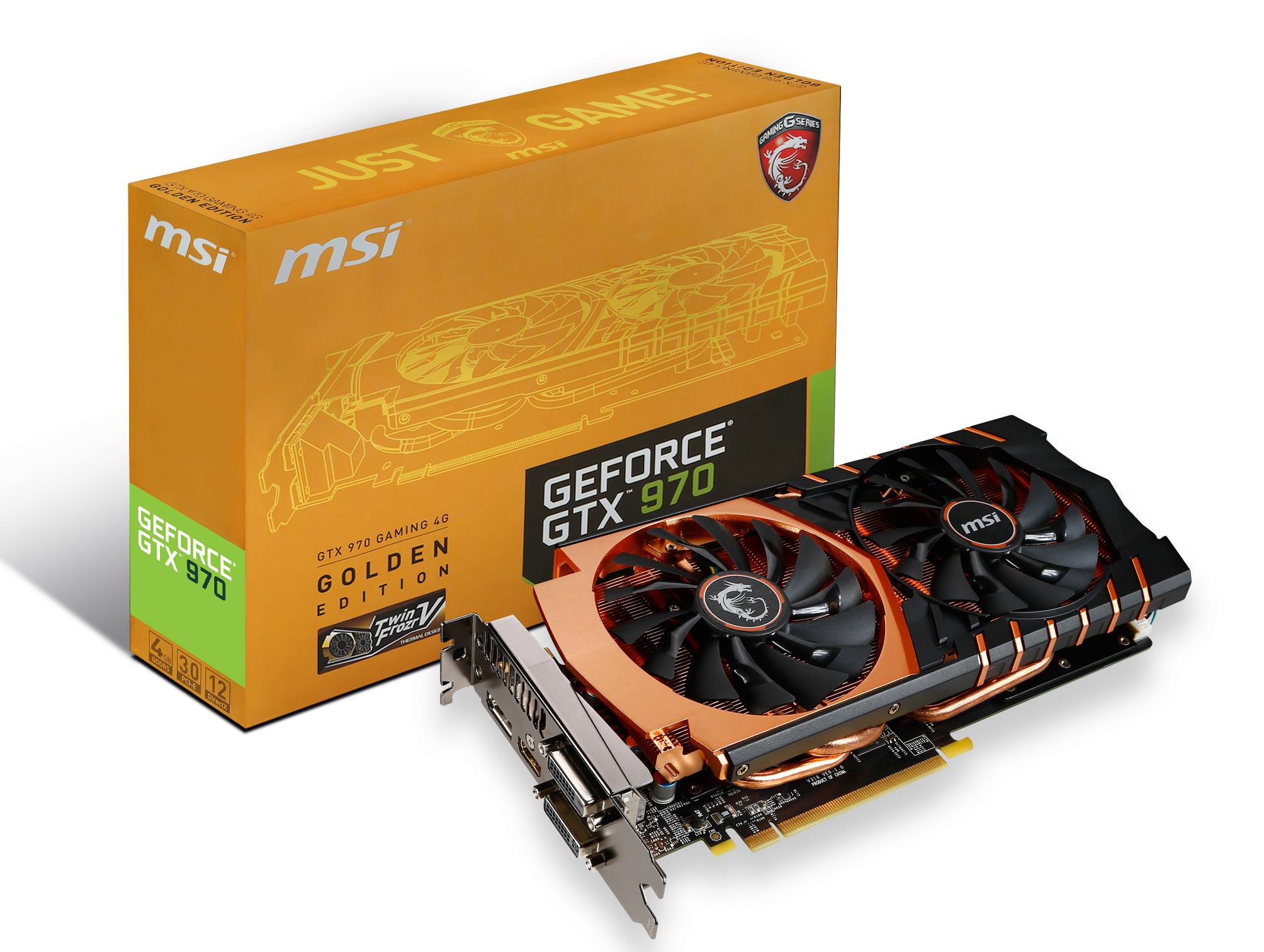 It's no doubt that Nvidia's GTX 970 card has been one of the most popular we've seen in a while. And as with MSI tradition, only the most popular cards earn a golden makeover, such as the GTX 560 Ti Gold Edition from a few years back.

The Golden treatment from MSI includes using an all copper heatsink and heatpipe assembly with anti oxidation treatment to make sure that the heatsink doesn't literally turn green after a few years. Apart from that, the same TwinFrozr V cooling system from the regular GTX 970 Gaming is re-used. Which is a fantastic 2 slot cooler both in terms of temperatures and noise. The two 100mm fans will not spin at all while idling or during a light GPU load making this card truly silent in such circumstances. The new card is available exclusively in the USA and APAC region according to MSI.

MSI has applied a new factory overclock especially for the Golden edition. Which ranges from a core clock of 1166Mhz to a boost clock of 1317Mhz. Up from 1140/1279Mhz on the regular MSI GTX 970 Gaming

MSI is also providing their Gaming App which allows the user to switch between OC, Gaming and Silent modes on the fly. A new addition to the app is the EyeRest tab, which allows you to change color profiles for games, movies and a special blue light reduction mode. Which helps you cope with nightly gaming sessions by tuning the body to the night-time. So you can rest easily after your nightly gaming session.

The card is in stock as of now at Newegg.com for $399 and we can't wait to see how the additional cooling headroom can improve the overclockability on a card that already overclocks pretty well.