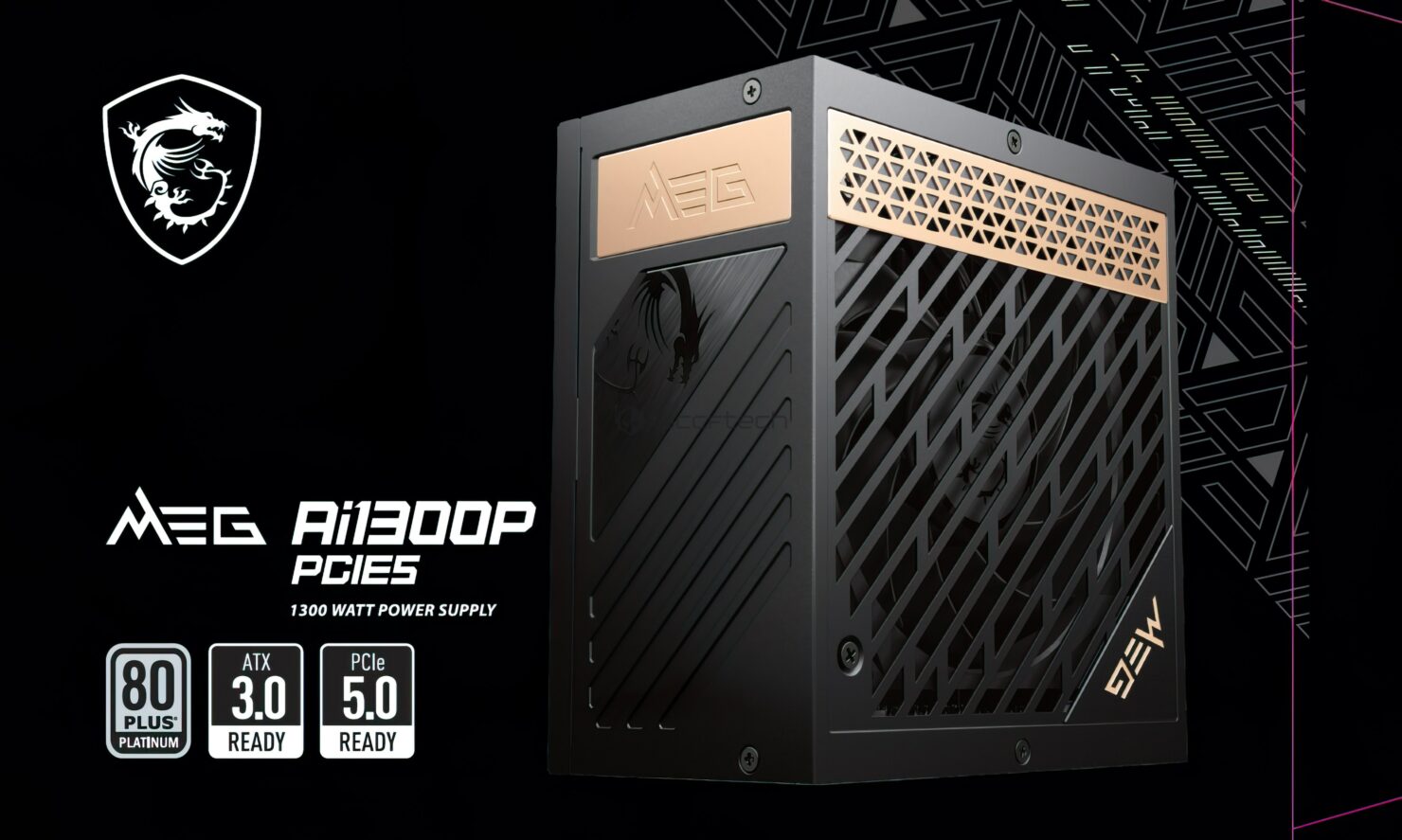 MSI is getting ready to launch its next-gen MEG Power Supply lineup which will be fully ATX 3.0 standard compliant. The new PSUs are designed to sustain up to 3x GPU Power Excursions and twice the system power excursion.

We recently detailed the MSI MEG Ai1300P and ME Ai1000P Power Supply units which are being designed to be fully compliant with the ATX 3.0 standard. The new standard will be a must for PC builders who are looking to get next-gen components for their systems. As PCs get faster than ever, the power requirements are also going to go up and it's not just the overall power consumption but systems need to have a proper power management system that can sustain both, the power excursions and transient power spikes, that will be over 2-3x the rated power spec.

MSI is developing its new MEG Power Supply lineup which that in mind and has stated that the unit will be able to sustain up to 2x the total system power excursion and 3x the GPU power excursion. Now why this matters is because a few years ago when GPUs peaked at 300W TDPs, a power spike of 3x would have meant that the PSU would have to handle up to 900W of power to the GPU for a few milliseconds. These few milliseconds are crucial and if the Power Supply wasn't good enough, it would have caused the PC to shut down or restart as over-current protection. 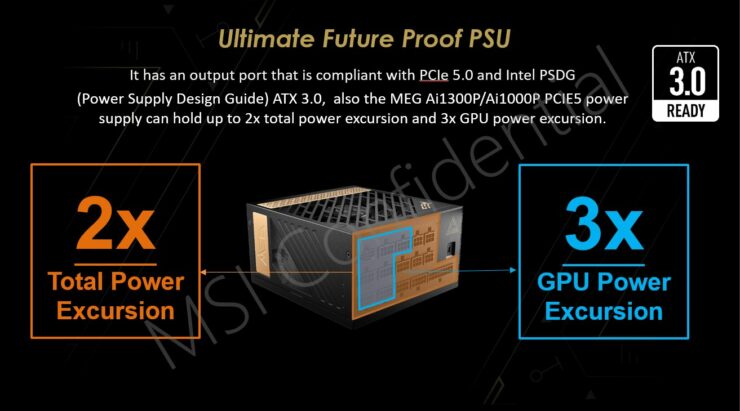 Now a good 800W to 1000W high-end PSU should have been enough to handle those 300W GPUs but the next-gen chips are said to feature 450-600W designs. This means that the Power Supply will have to sustain up to 1350W of load, a 50% increase in Power Excursions versus the last generation of GPUs. 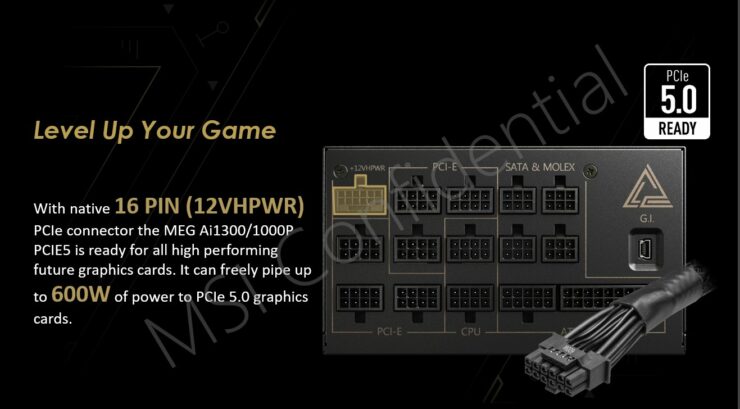 If PSUs aren't designed with this in mind, then there's a good chance that your PC will be completely unstable while running next-gen hardware such as NVIDIA's &  AMD's upcoming GPU lineup. We go more into these details over here but the excerpt is that you will definitely require a high-end ATX 3.0-compliant power supply for your next-gen GPU if you don't want to end up in any sort of issues with your next PC build. You can also check out the Gamers Nexus video on the topic below:

So coming back to the MSI MEG Power Supply lineup, the next feature is the PCIe Gen 5 connector itself. If you were to use an existing PSU with a Gen 5 graphics card, you'll have to run an adapter & that comes with its own drawbacks such as cable routing and individual rails being used. A Gen 5 to Gen 5 connector is more efficient, delivering up to 600W of power which will be where most next-gen GPUs top out. The PSU series will also feature a multi/single Rail switch along with the MSI G.I. (Gaming Intelligence) engine support.

Some of the main features that the G.I. engine provides through the MSI Center application include:

This truly puts MSI's MEG Power Supply lineup as one of the earliest to fully support the new PCIe Gen 5 interface. Currently, there's no word on pricing or availability but more details are expected to be announced by the second quarter of 2022. Plus there might also be an even powerful MEG PSU on the horizon, stay tuned for information on that soon!