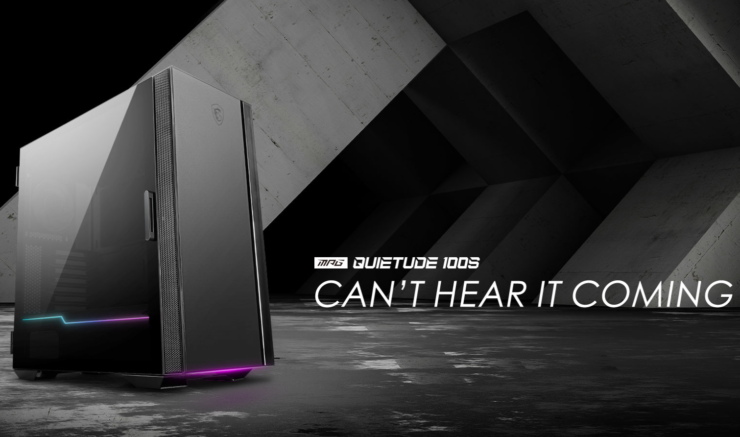 Update: MSI has officially launched its MPG QUIETUDE 100S Mid-Tower PC Chassis for a price of $129 US.

The silent mid-tower PC chassis market is flooding with various options to select from but we know Fractal Design's R6 is one of the renowned cases in this segment. It has seen tremendous acclaim & is regarded as one of the best silent mid-tower cases in the market. MSI seems to be eyeing that as its main competition and this is where the MPG QUIETUDE 100S Chassis comes into play. 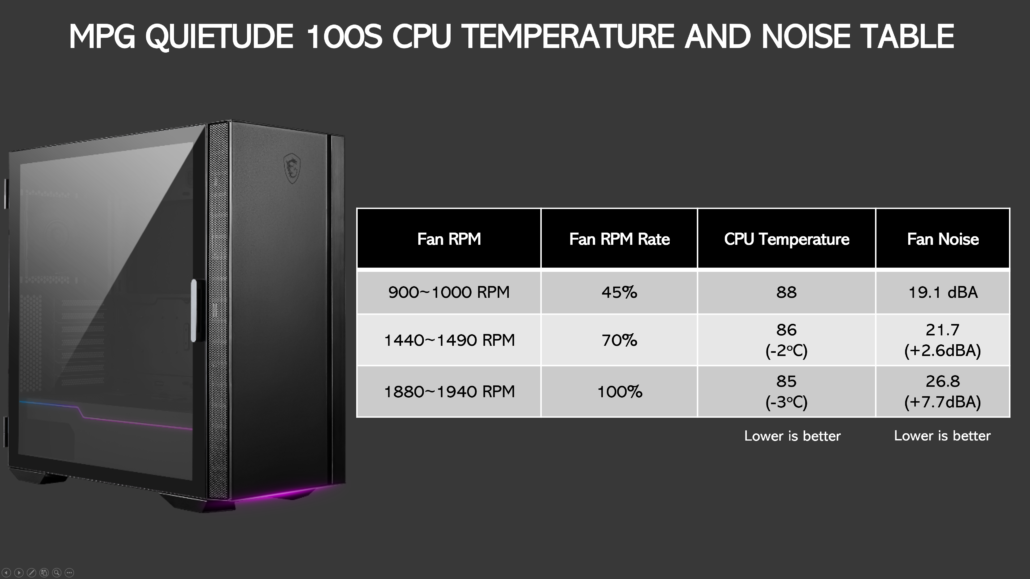 We only got a little teaser of the casing back at Computex 2021 with MSI highlighting it as a blend of thermal performance, gorgeous looks, and low noise. The MPG QUIETUDE makes use of a standard mid-tower frame that can support 360mm AIO coolers on its front and top, a triple 140mm front in-take setup, a combination of the latest I/O ports (including one latest Type-C USB 3.2 Gen 2 (20G) port, a headphone and mic ports, a Fan Speed Control button, and an LED Switch button). The case comes with a side-mounted tempered glass side panel & features MSI Light Sync that can be adjusted by users. 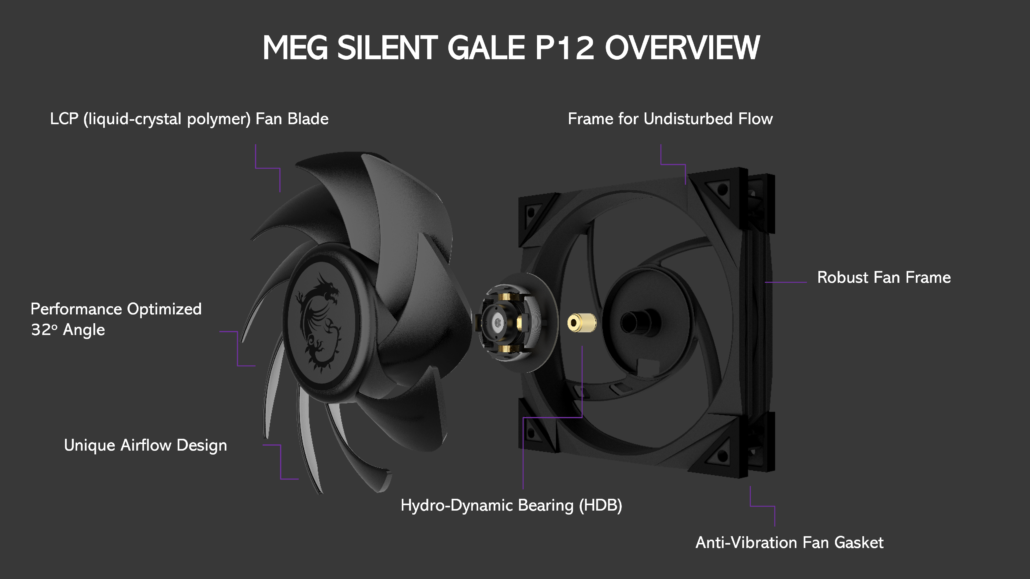 One of the key features of the MSI MPG QUIETUDE case is its MEG SILENT GALE P12 fan solution. This high-end fan features a 9 LCP Fan-Blade design that features hydro-dynamic bearings (HDB) and an anti-vibration fan Gasket that goes along with the robust fan frame. In the performance tests, MSI claims that at standard 900-1000 RPM operations (45% fan RPM rate), the chassis will achieve a maximum temperature of 88C with a noise output of 19.1 dBA. For a slightly higher noise output of 21.7 dBA (+2.6 dBA), the system will enable -2C fewer temperatures of 86C but that's not even the maximum the fans can go as they are rated for up to 1940 RPM (100%) but pushing them to full speeds would also yield much higher noise.

In its test comparison with the Fractal Design R6 chassis, MSI shows that its MPG QUIETUDE 100S chassis offers the same performance at a 45% fan RPM rate while offering lower noise output of 19.1 dBA vs 20.1 dBA. Interestingly, the stock fans on the R6 can only be pushed to 1000 RPM but the MEG GALE P12 can be pushed beyond that for further thermal performance whilst sacrificing noise. The casing launches today for a price of $129 US.