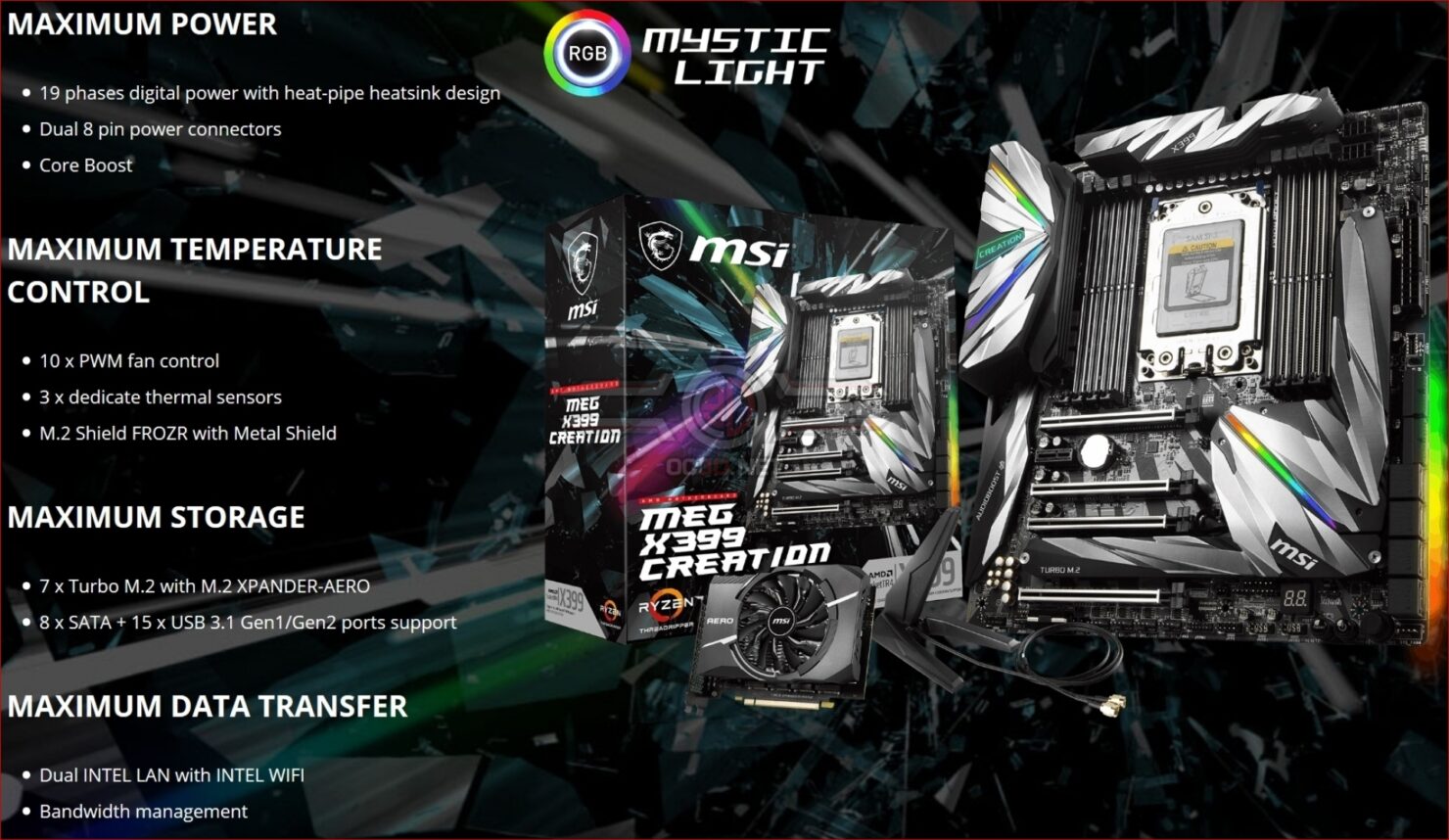 The first preview of MSI's flagship MEG X399 Creation motherboard has been published by the folks over at Overclock3d. The MEG X399 Creation is going to be a top-tier juggernaut within the MSI X399 family and would feature full support for AMD's 2nd Generation Ryzen Threadripper WX series processors.

We last saw the MSI MEG X399 Creation motherboard at Computex 2018. The motherboard was revealed as one of the few X399 refresh motherboards which were presented at the event and it proved to be a product worthy to support AMD's behemoth 32 core, 64 thread processors. Right off the bat, the MSI MEG X399 Creation doesn’t look like any high-end design we have seen from MSI in a while. This looks to be an exclusive new line designed for Ryzen Threadripper CPUs.

Judging by the design scheme of the MSI MEG motherboard, we can tell that it’s a premium layout which would fall heavy on the wallet but return you with some great features and performance on AMD’s Ryzen Threadripper processors. In terms of specifications, we have the TR4 Socket that has been powered by dual 8 pin connectors while surrounded by 8 DDR4 DIMM slots on either side of the socket. The whole motherboard features a solid heatsink design with large metallic ones placed on the PCH, VRMs, and even an I/O cover which has a front metal surface with black and silver color textures. 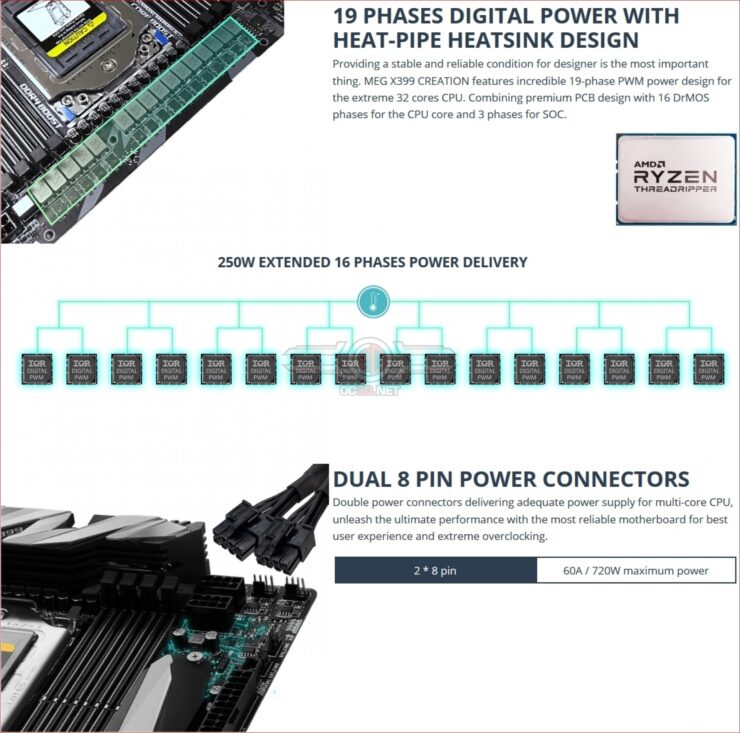 The CPU is powered by a 16 phase digital power design which uses the solid heatsink blocks we had mentioned above. These heatsinks are interconnected via heat pipe which runs from the top VRM heatsink to the heatsink alongside the I/O. The rest of the 3 VRMs are dedicated to the SOC. Total of 19 DrMOS phases is found on the motherboard which delivers up to 250Ws of power to the CPU alone. 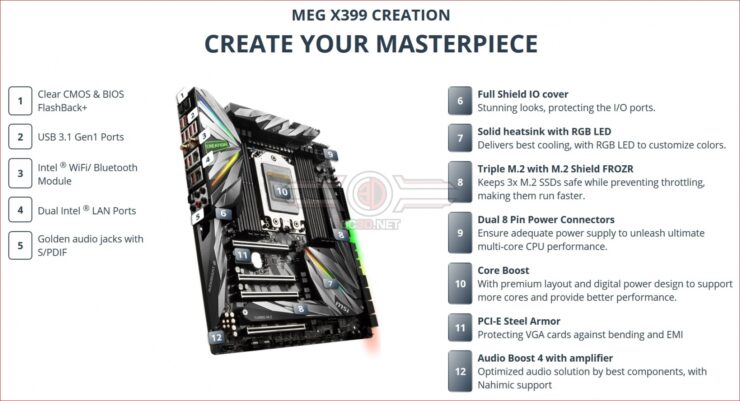 For expansion, the motherboard delivers four PCIe 3.0 x16 and a single PCIe 3.0 x1 slot. MSI is touting this as the ultimate in performance and ultimate in storage product so as such, there is support for up to 7 M.2 Turbo ports. While two are physically present, the rest will be available through an external PCIe adapter card called M.2 Xpander-Aero. The ones that are physically present are cooled by the latest M.2 FROZR cooling so that’s one name we know of from the MSI gaming graphics cards. There are also 8 SATA ports and a total of 15 USB 3.1 ports on this board.

For I/O, MSI wanted their top creation to be the best and this board packs 8 USB 3.0 ports, a USB 3.1 (Type-A + Type-C) combo, Dual Ethernet LAN ports with wireless WiFi capabilities, a 7.1 channel audio jack and a reset/power button combo. MSI mentioned a price close to USD 500 so expect it to be in the very top premium range.