MSI has released the HydroGen OC Variant of the Geforce GTX 580 which comes pre-equipped with a full coverage water block which will make the card run t much lower temperature's as compared to the Air Cooled Heatsinks. A Full Coverage Water Block is used on the card similar to the one used on the MSI's GTX 480 HydroGen card. It uses a full copper base and composite metal top to proved better cooling to the GPU Core and VRM Area. The card also features a Factory Overclock but being water-cooled it means that the rel job is left to us. Nevertheless, It's clocked at 823 MHz, CUDA cores at 1645 MHz, and memory at 4276 MHz, against reference speeds of 772/1544/4008 MHz.

Available now in European Retail Market for a price of €563. 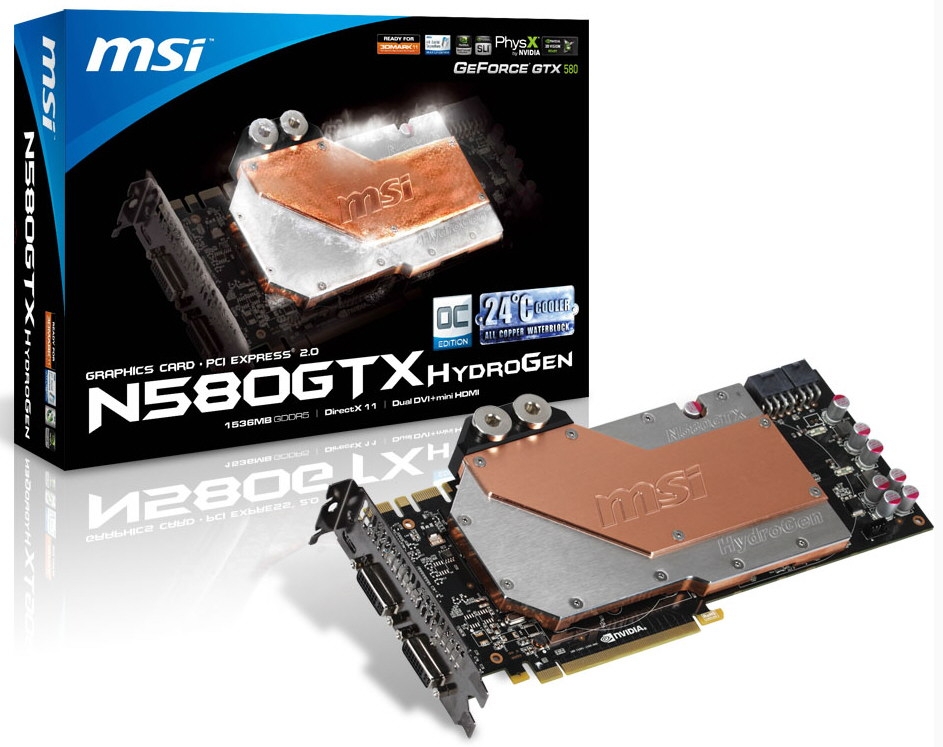