MSI is one of the leading manufacturer of PC hardware and has released some great products over the time. Today, MSI showed off their new product lineup aimed towards the Mini-ITX gaming scene which has become quite an attraction to PC gamers and the hardware itself may end up well for users looking forward to build a custom Steam Machine.

The MSI Mini-ITX Gaming lineup introduces two products - Z87I Gaming AC motherboard and MSI GTX 760 Gaming ITX graphic card. Both products are built with top of the line components so they not only save space   but also deliver top of the class performance to end users. You can see brief details on each products below: 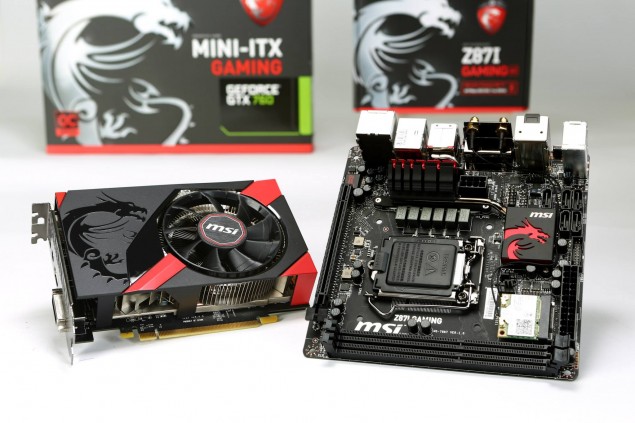 Images are courtesy of MSI Europe!

The MSI Z87I AC Mini-ITX Gaming motherboard is indeed a beauty at first glance and you'll be excited to learn more on what else it packs under the hood. The motherboard is powered by Intel's top of the line Z87 Chipset which supports the latest Haswell processors including overclocking. Backed by a strong 6 Phase VRM fitted with Military Class IV components that includes Super Ferrite Chokes, Solid C-Caps and DirectFET MOSFETs which offer top of the line stability and overclocking to enthusiasts.

The power phases and layout is topped up by a dragoon style heatsink with heatpipe cooling. The heatsink is extended to the Z87 PCH featuring a Dragoon logo similar to the one featured on MSI's Gaming lineup. The motherboard is powered by a 8-Pin connector and has two DDR3 DIMM slots capable of supporting upto 16 GB memory with speeds of 2666 MHz + (O.C). Expansion slots include a single PCI-e 3.0 x16 slot which could support the most high-end graphic cards such as NVIDIA's GeForce GTX 780 Ti or AMD's Radeon R9 290X but its better to use a M-ITX oriented graphic card such as MSI's new solution which we are going to detail in a bit.

For storage, we get five SATA 6 GB/s ports on the Z87I Gaming AC motherboard while I/O includes Killer E2200 NIC Ethernet, 7.1-channel audio ALC1150, 802.11ac b/g/n, Gaming ports, several USB 2.0/3.0 ports. The board has a nice feature set and really is something to look forward to especially if the pricing is right. Availability of the board is expected in early December 2013.

The second product we will be discussing today is MSI's GTX 760 Gaming ITX graphic card which is another Mini-ITX gaming oriented product but it would also suit the beefy rigs since it offers the same functions as a GTX 760 but a compact, awesome and sleek design that saves alot of space. The approach however is similar in alot of ways to ASUS's GTX 760 Mini graphic card but its a great design and i look forward to see more Mini products of future graphic cards.

Technically, the GTX 760 Gaming ITX features the GK104-225 A2 core that features 1152 Cuda cores, a 2 GB GDDR5 memory running along a 256-bit interface and most probably factory overclocked clock speeds. MSI haven't yet updated them. As for the design, we are looking at a single 8-Pin power connector and display ports that include two sets, a DVI and a full-length HDMI port.

The cooler looks great with its Dragoon Gaming design, its short and has a large cooler that is centralized inside a aluminum fin heatsink with direct contact base that cools the GPU and Memory. PCB details are not known yet but we will update you as soon as we get more information. 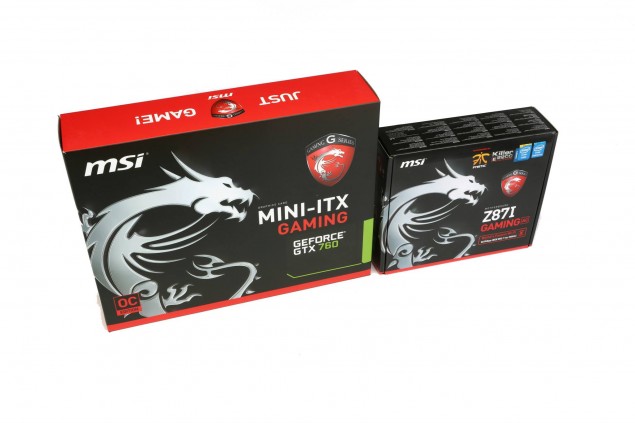 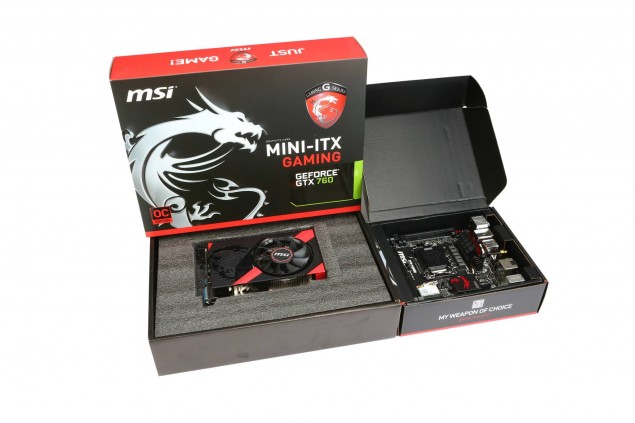 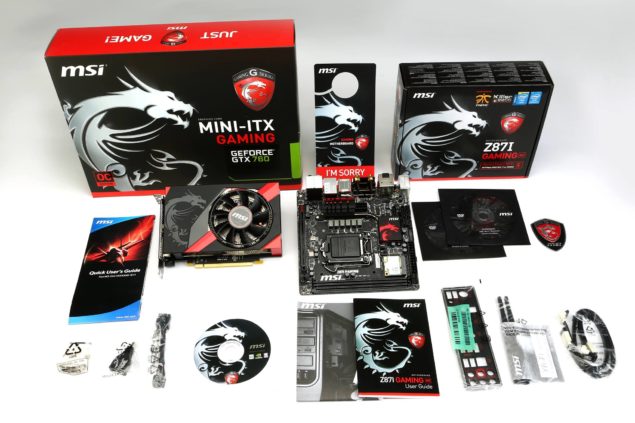 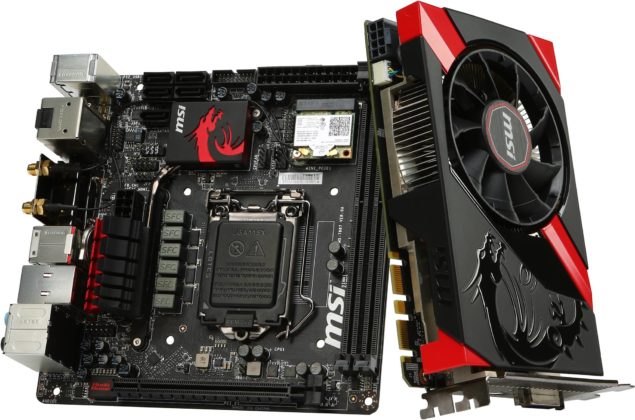