A new set of images has surfaced today which show the Moto X+1 in wooden back. The images received are of highest quality so far, and enable us to get a very good look at the upcoming device. Motorola has sent press invites for a launch event to be held on September 4th, where we'll probably get our first official look at the device.

The pictures received today, courtesy of TKTech show several previously unthought features on the device. These include a better look at the flash and the Moto logo on the device. Also present on the front of the Moto X+1 are new sensors, the purpose of which is conflicting yet interesting at the same time. 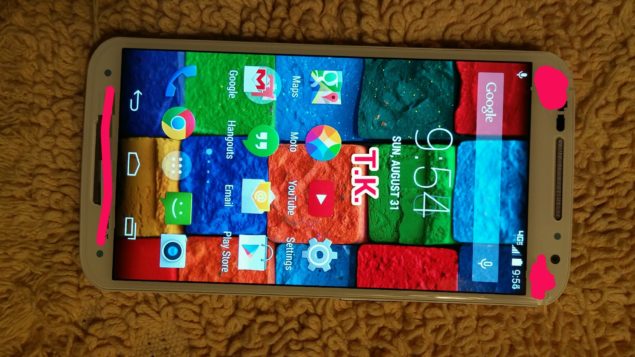 The front of the Moto X+1 shows four sensors present on the device. Now the purpose of these sensors is to work in relation to the Moto 360 and Moto Aware. The Moto 360 is also to be launched on the same date as the Moto X+1. While we're still not sure what Moto Aware is, looks like the feature will allow you to alter settings and UI based on your surroundings such as light etc.

To make things even more interesting, Apple also filed to block Moto Aware after it was known that it would become part of the Moto Luge. Another source claims that the sensors on the device front are going to alter the display of the device based on viewing angles. 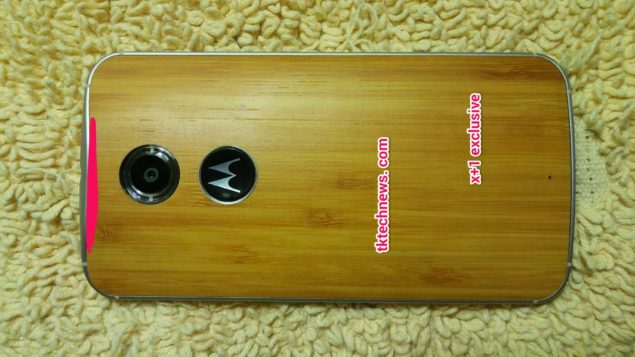 We also get a clearer view on the flash and the Moto logo on the rear of the Moto X+1. According to sources, the Moto logo might double as a power button and may also enhance app functionality. Previous rumors that hinted about the flash on the Moto X+1 being present on the outer edges of the camera also seem to be correct based on these latest images. 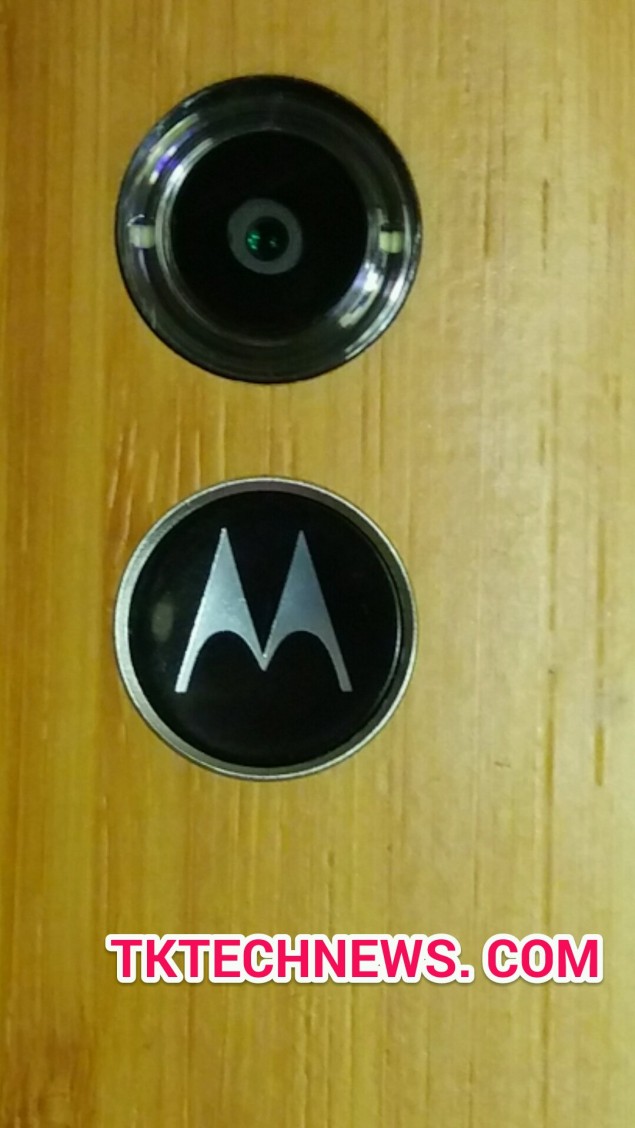 Build information about the Moto X+1 has also been revealed which promises an all carbon fiber version for the device which will be Verizon Exclusive. Other materials include leather, wood, plastic, an aluminum frame and denim.