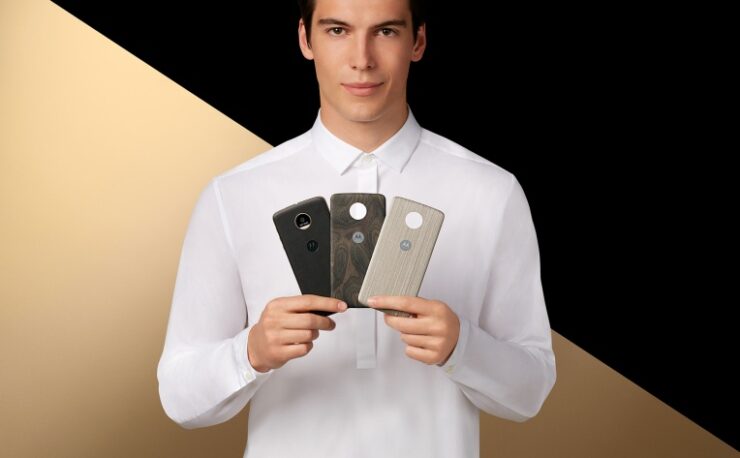 With Motorola’s Moto Z family and Moto Mods officially announced, let us take a look at the official image gallery of all the phones and all the mods and see how they end up looking together.

There are a ton of similarities between the three smartphones, but aside from that, there are also some major differences that will obviously make or break your purchasing decision. All three handsets sport a screen size of 5.5-inches with a QHD resolution, thus giving them the same PPI value and a 71.77 percent screen-to-body ratio. All of them also feature the same SoC, which is a Snapdragon 820, 4GB or RAM and 64GB of internal memory (expandable up to 2TB via a MicroSD storage slot), but there are more than few differences that you might want to know about them before making your purchase.

The first two phones from the list will be available starting from the month of September, while the DROID variant will be sold exclusively from Verizon, with no release date in sight at this current time. So what exactly are the main selling points of these smartphones?

We are glad you asked and they are called Moto Mods. These are modular accessories that simply snap onto the phones’ rear side courtesy of the incorporation of some really powerful magnets.

What did you think of the latest gallery showing off the latest Moto Mods and smartphones? Let us know your thoughts right away.