Moto Racer 4 Available Now on Xbox One and PlayStation 4 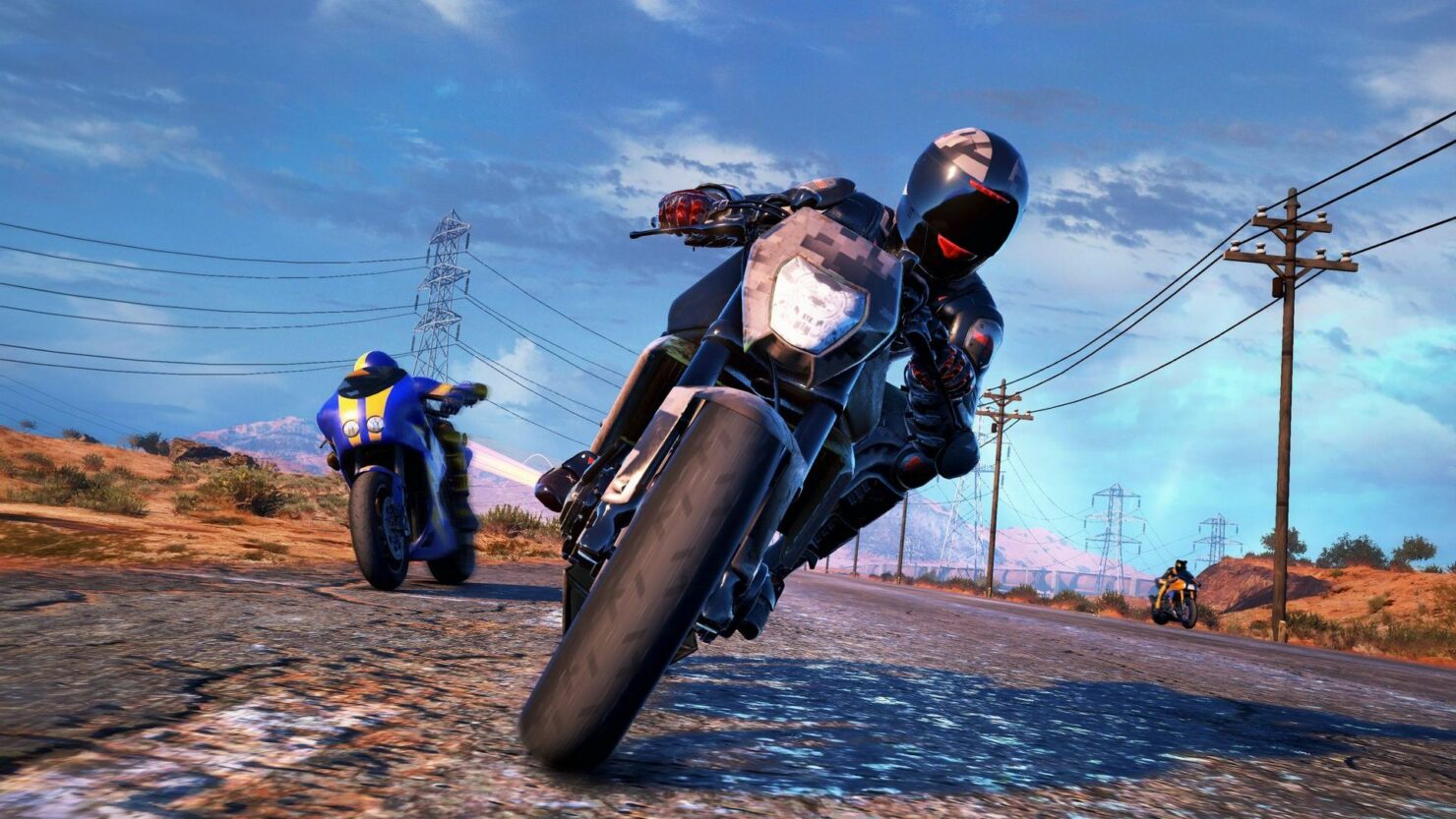 Microïds announced that latest entry to their high-octane arcade racing series, Moto Racer 4, is available now on Playstation 4 and Xbox One. The high-speed arcade bike racing game is looking to capture the spirit of the original trilogy that rewards high-risk racing on courses from North America to Asia.

You'll race into oncoming traffic and away from law enforcement that doesn't really appreciate you riding your crotch rocket at over 100mph.

Moto Racer 4 will contain the following features out of the box:

Paul Cuisset, the original creator of the series, talks about the current generation of the Moto Racer series:

It’s wonderful to see the Moto Racer series take another lap with the release of Moto Racer 4. Both fans and newcomers alike can now remember why arcade racers used to be so much fun, with intense speed and ground breaking leaps that provide the time to pull off a stunt or two while in mid-air. We’re so thrilled that this current generation of console owners can now participate in the Moto Racer series with Moto Racer 4.

Moto Racer 4 is out now Playstation 4 and Xbox One for $39.99 on both digital download and retail. Playstation 4 users will be happy to hear that Moto Racer will be PSVR compatible that will fully immerse riders into two VR exclusive modes; Time Attack and Hot Lap.

Check out our thoughts of Moto Racer 4 on PC but here was an excerpt from the review:

Moto Racer 4 is not a great game, and even at the budget price of £22 it is still not worth buying. If you have your heart set on a motorbike game for whatever reason, surely you can find something better than this. Despite some of the bugs, Moto Racer 4 is a competent game that just manages to be a disappointment, even when compared to mobile games. I’ve never been bored while playing a game involving high-speed motorcycles and bikers doing radical stunts, but I suppose there’s a first time for everything. Fans of the original games should steer clear of this game, as it will only disappoint you.