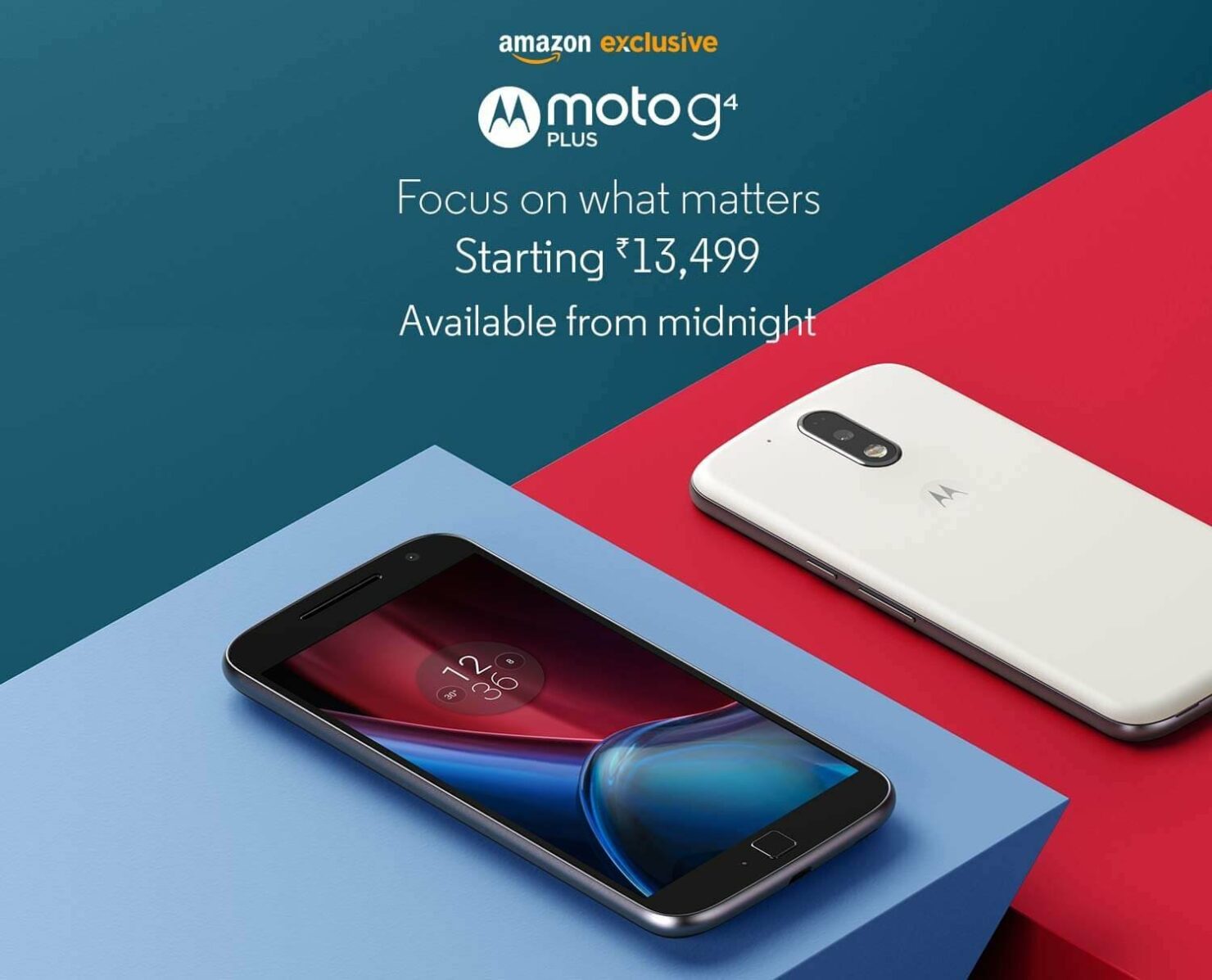 With the official announcement of Moto G4 and Moto G4 Plus, the company acquired by Lenovo has a few tricks up its sleeve to woo the smartphone crowd. Here are all the features from the newly announced phones, as well as the different storage options that you can purchase.

Moto G4 and G4 Plus Both Come With 5.5-Inch Display And Lots Of Other Options To Choose From – Check Out All The Details Here

Both devices are incorporated with a 1080p resolution and a Snapdragon 617 SoC. The SoC might not be running the most powerful octa-core configuration, but it is more than enough to deliver a smooth running of the smartphone. A 3,000mAh battery with fast charging is also present in both phones. If the phones are all the same in terms of hardware than where does the difference lie? We are glad you asked; the Plus has a fingerprint sensor and a 16-megapixel rear camera with an F/2.0 aperture, with laser and phase detection autofocus. 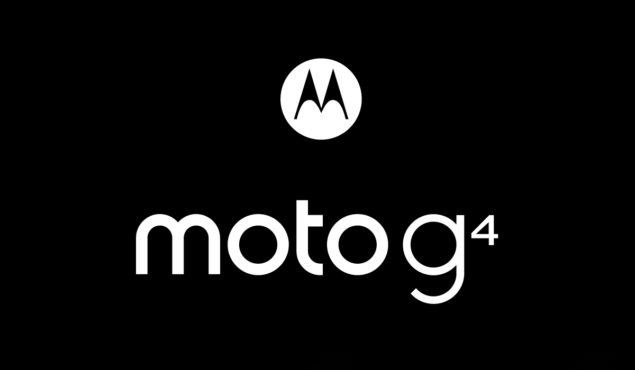 Coming to the regular version, it only has a 13-megapixel shooter present at the rear side. Both handsets have a 5-megapixel front-facing camera, and will be customizable with the company's Moto Maker service. They’ll be available in Europe and India in June, with US availability yet to be confirmed. Moto G4 Plus was the talk of the announcement as independent image analysis company DxOMark has apparently pitted the Moto G Plus’ photo quality being ahead of iPhone 6s, iPhone 6s Plus, which will give you some incentive to spend money on them. However, you should keep in mind that while still images obtained a higher score, video recording will probably still be inferior. 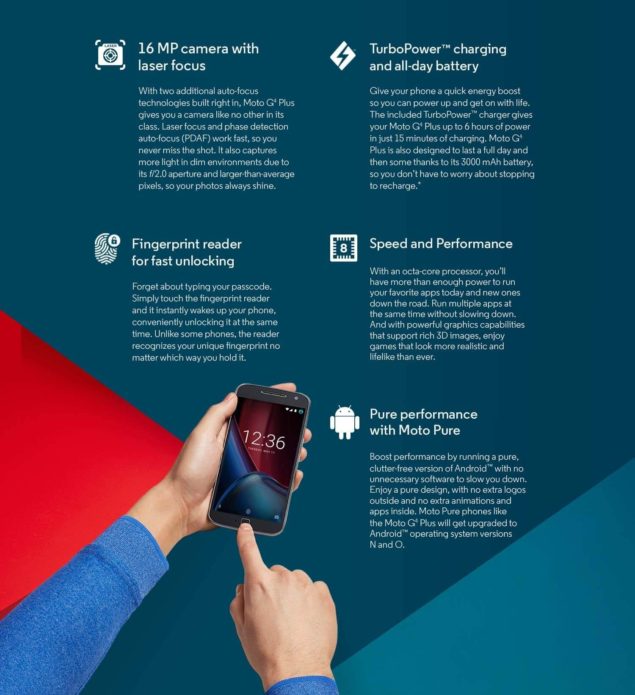 As is becoming customary with Android phones, there are some slight RAM differences between the models, depending on which storage option you go for. The vanilla Moto G4 comes with 2GB RAM and 16GB of internal storage. G4 Plus will have the same, unless you opt for the model with 32GB of storage, in which case you'll get a nice little 3GB RAM. 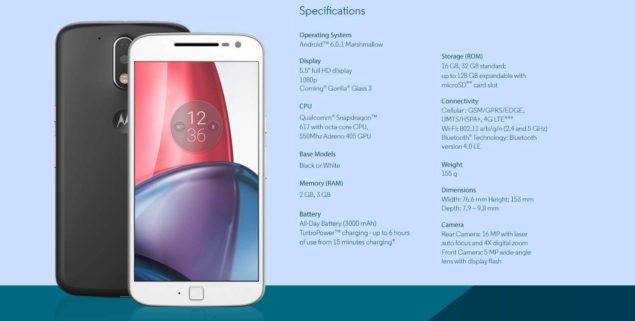 According to Engadget, the UK versions will start at £169 for the regular model and £199 for the Plus variant. When more details are made available to us, we will make additional pricing variables known to you as well. What did you think of the latest duo of phones released by Motorola? Let us know your thoughts right away.