NetherRealm Studios has just released a new trailer for Mortal Kombat X, which introduces the Cage family. It also brings back a few other familiar faces.

Introducing the Cage family - Sonya Blade, her ex-husband Johnny Cage and their daughter Cassie Cage - in a brand new Mortal Kombat X video that encapsulates their turbulent yet entertaining relationship and diverse fighting styles. Born from the blood of champions, newcomer to the franchise Cassie Cage is limber and strong, wielding dual pistols in a brutal new way. Franchise favorites Sonya Blade and Johnny Cage, return to the series as protectors of Earthrealm once again despite their tumultuous past.

Mortal Kombat X is bringing back old favorites, Johnny Cage and Sonia Blade, and introduces daughter Cassie Cage. There have been rumors regarding Johnny Cage's return for several weeks now. The trailer introduces the Cage family in a way “that encapsulates their turbulent yet entertaining relationship and diverse fighting styles.” 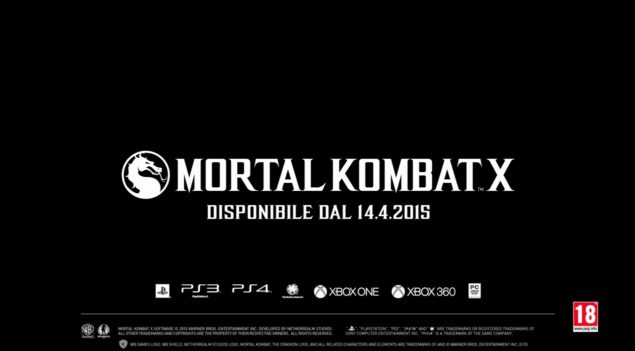 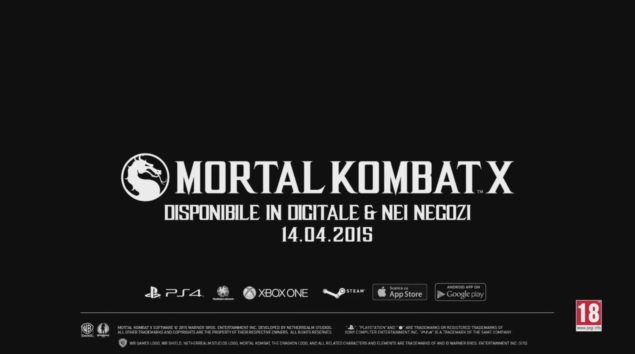 As can be observed in the images above, the old gen versions appear at the end of the first trailer, while on the second one they  are absent. This could be an indication of a delay with an incoming announcement coming soon, or perhaps even a cancellation. The PC DVD logo seems to have changed to the Steam logo, and there is the addition of the App store and Google play. The mobile title will be a hybrid mix of a card battling game and a one-on-one fighter.

Mortal Kombat X should have been a current generation title from the start.  Even if many fans could have missed out on the latest iteration of the beloved franchise, it would have probably benefited development quite a bit. Many cross-gen titles have suffered in the past, and it's about time more developers start focusing on current-gen, rather than wasting resources and time for delivering both.

We will bring you any new information on Mortal Kombat X, prior to its April 14th release as soon as it becomes available.