Mortal Kombat is perhaps one of the earliest 2D fighting games ever made, making their debut on the SEGA Mega Drive console they are legends in the world of fighting, the Mortal Kombat games were bloody, gory, and very fun when you can finish off your opponents with a finishing move called a Fatality, just like you have ultras in Modern Street Fighter games you had Fatalaties in Mortal Kombat, for a long time now there has been a new Mortal Kombat game always coming to the PlayStation 2 but sadly all these games failed to live up to the potentials of the original games, and in my opinion game after game made me lose all respect for the game it self. Now finally all that crap like shaolin monks etc is over and Mortal Kombat is returning to it's roots.

At E3 a brand new Mortal Kombat game was announced for the PS3 / XBOX 360 and this time the game seems to be going back to square one of the game series which is a good thing for this classic series. The E3 trailer was very exhilarating and though I am not a huge fan of fighting games I am definitely looking forward to this game.

Joystiq got their hands on 4 Mortal Kombat Reboot screenshots 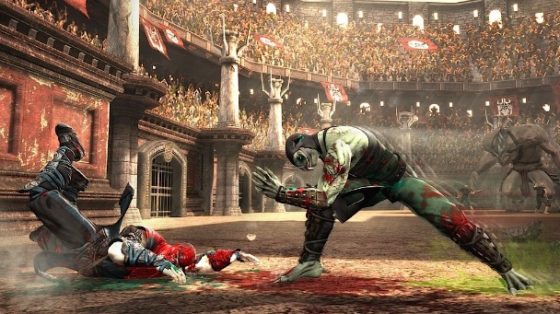 The Blood effects and damage the player sustains looks absolutely stunning, this is by far the most realistic fighting game I have ever seen to date! This game is a definite want for all those hardcore fighting fans out there who want a break from Tekken 6 or Super Street Fighter 4