The reboot of Mortal Kombat on the PS3 and Xbox 360 that would later on follow to the PC was a tremendous success, old and new fans of the series enjoyed the new installment with great enthusiasm and immediately had the question in their mind "What game can we expect next and more importantly, when?"

The wait is almost over, a mysterious poster has surfaced on the internet and with this matching with Ed Boon's surprise announcement on June 2nd along with his teasers related to MK on twitter can easily lead to a new Mortal Kombat game announcement imminent.

Fatality Lives and Will Keep On Living! The New Mortal Kombat Is Upon Us!

Having grown up with every Mortal Kombat game, my excitement for a sequel to Mortal Kombat 9 for the previous generation only continues to grow.

Ed Boon has been teasing for a long time about a surprise announcement on June 2nd, but if you have been following him on twitter you will see many subtle hints and references to Mortal Kombat every now and then.

The New Mortal Kombat Game will be the Tenth installment in the series making this Mortal Kombat a very special one. I am hoping that the announcement will definitely lead to a more polished and amazing Mortal Kombat experience where the previous installment fell short. More specifically when it came to multiplayer. 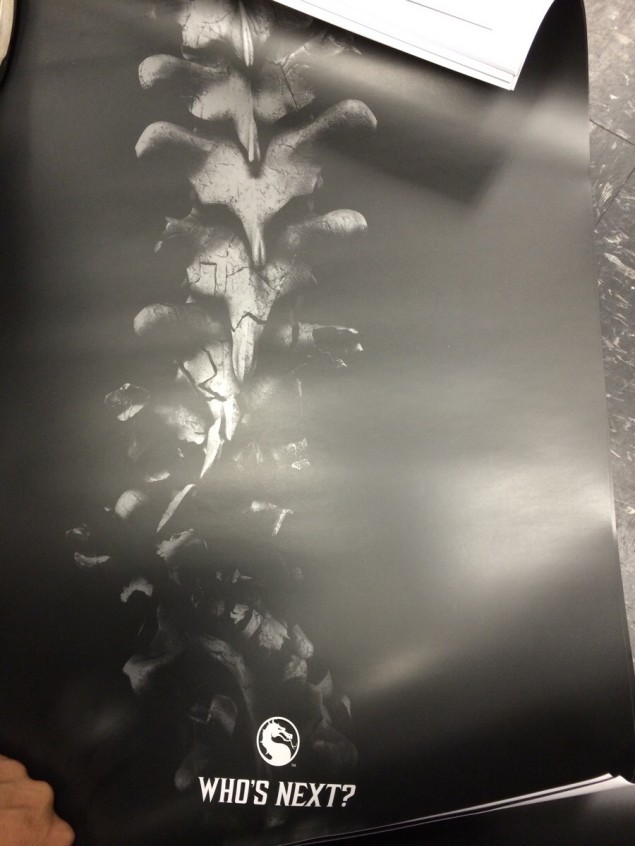 As you can see from this spine wrenching photo, this is indeed a joyous day (For those of you who didn't know, this is referencing Sub-Zero's fatality of removing his opponents head with the spine attached.)

Even though Ed Boon does have a pretty good track record of playing with people's emotions and feelings with announcements like these, there are a lot of good signs that do suggest the imminence of a new Mortal Kombat game. With E3 continually drawing closer, new generation consoles and developer incentives being given by Sony & Microsoft, it would be foolish to NOT announce a new Mortal Kombat right about now.

What do you think? Another joke from Ed or could this be the real McCoy?