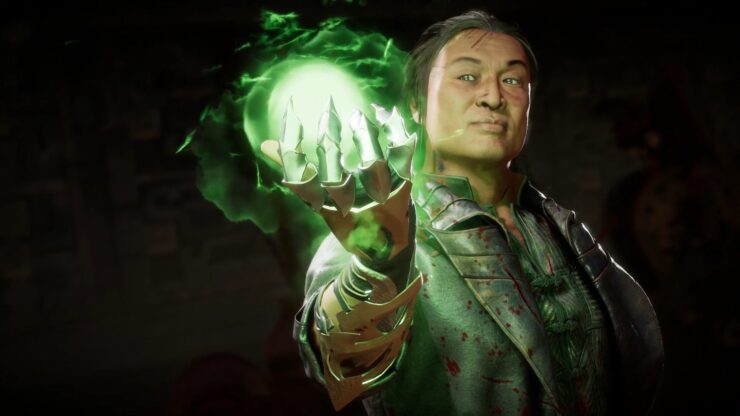 While Mortal Kombat 11 has been out for some time and plenty of players have tested their might, some historic characters have been missing from the roster. Most notable of all is Shang Tsung, tournament master who feasts upon souls in order to extend his limited life. Shang Tsung may not have been able to make the opening ceremonies of the latest Mortal Kombat tournament, but his invitation has finally been accepted and Mr. Tsung will be joining the kombat kast as part of Mortal Kombat 11’s DLC pass.

Shang Tsung has never looked so good, with players being able to choose between just his younger movie variation and the silver-haired hawk that’s sprung up in the story. His costume variations are largely based upon the 1995 movie adaptation of Mortal Kombat and even brings back the original actor for some facial and motion capture: Cary-Hiroyuki Tagawa. Now the only thing Mortal Kombat 11 is missing is a Christopher Lambert costume for Raiden, even as cool as the red lightning variation looks in HD.

Previous Mortal Kombat versions of Shang Tsung relied heavily upon doppelgangers and shapeshifting even for his more basic attacks. Those hijinxs are gone for the most part, with Shang Tsung now relying upon his martial prowess and sorcerous energy attacks for much of his move list. I only found morphs for Shang Tsung existed in his x-ray and various finishers, but that was only the tip of the character's potential. Far more skilled players were able to morph into Scorpion mid-combo, revert back to Shang Tsung, then finish with an x-ray ability where Sub-Zero impales the enemy with a fatal ice shard to the eyeball (someone’s certainly seen Basic Instinct in the development cast, that's for sure).

Shang Tsung instead has three variations of sorcerer power for his special attacks, either with fire like his early Mortal Kombat variations or built upon green soul energy that gets siphoned from enemies and captured within his soul phylactery. Although, why anyone would go with the elderly version of Shang Tsung and not the Cary-Hiroyuki Tagawa movie variant is beyond me.

Mortal Kombat 11 is already out across PlayStation 4, Xbox One, Nintendo Switch, and PC. Shang Tsung, the first DLC member of the Mortal Kombat 11 Kombat Pack, is available for purchase and download as of today, June 18th if you either purchased the standalone Kombat Pack or Mortal Kombat 11 Premium Edition. Players will not be able to acquire the character individually until June 25th.