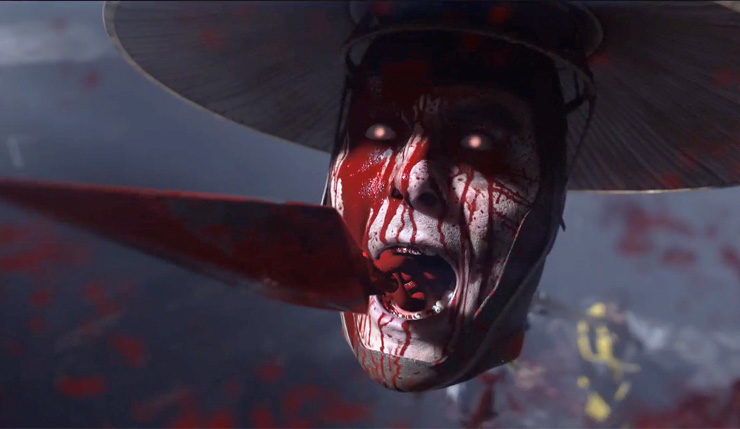 Ed Boon, figurehead of Netherealm Studios and the father of the Mortal Kombat fighting game series, was invited to The Game Awards to present the award for the best sports/racing title of 2018. Of course, just before he was set to announce the nominees, a new trailer demonstrated more than just a backdrop of dead monks, a broken gate, and an Asian/Outworld motif to set the stage before pulling the camera back to reveal a fight of two of the more iconic characters

Mortal Kombat 11 isn't afraid to shed a little blood in its cinematic reveal. Gallons of blood are spilled in a brief back and forth tussle between Raiden and Scorpion. At first glance, Raiden stands out from his usual blue-eyed appearance, bearing a pair of red eyes as dark as his blood that fans might recognize from his design in Mortal Kombat Deception and Armageddon. Just about everything short of an X-ray attack was teased in the CGI fight, which can hopefully be one mechanic to be dropped from Mortal Kombat X. 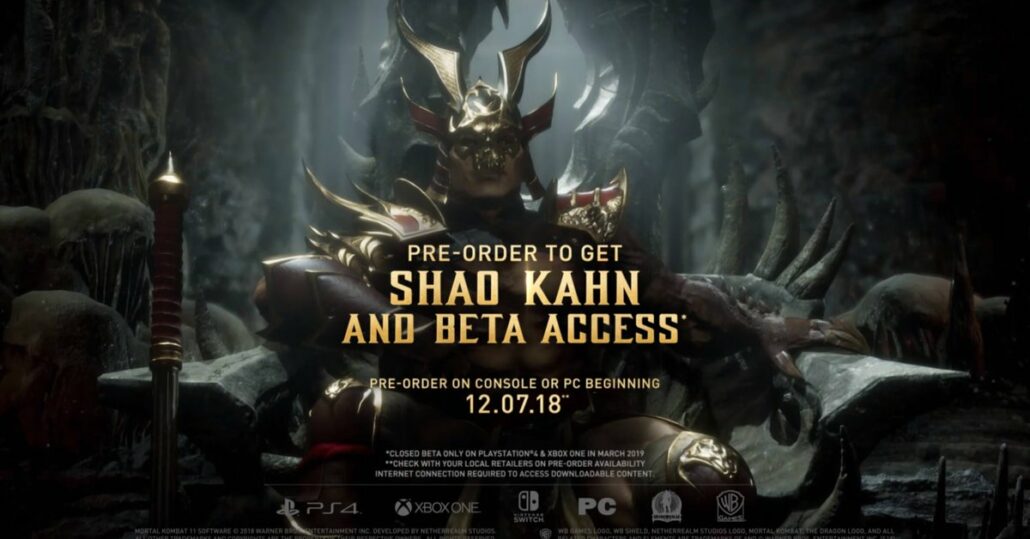 All pre-orders for Mortal Kombat 11 will get access to Shao Khan as a playable character as well as beta access shortly before release. The preorder campaign will begin tomorrow, December 7th, across the three platforms while being able to play the closed beta won't actually happen until later on in March 2019. The inclusion of Shao Khan as DLC shouldn't surprise any Mortal Kombat fans, as Goro was previously relegated to add-on character back in Mortal Kombat X.

A community reveal event is slated for January 17th to see what's next for Netherealm Studios and Mortal Kombat 11, with a full release currently keyed in for April 23rd, although whether it's available day and date on PC is one important bit of information we can hope Netherealm can share in the near future. Not just is a PC release in the works, but no platform is listed quite yet. Will Mortal Kombat 11 be skipping Steam like so many of the other announcements from The Game Awards tonight? Only Ed Boon knows the answer to that.