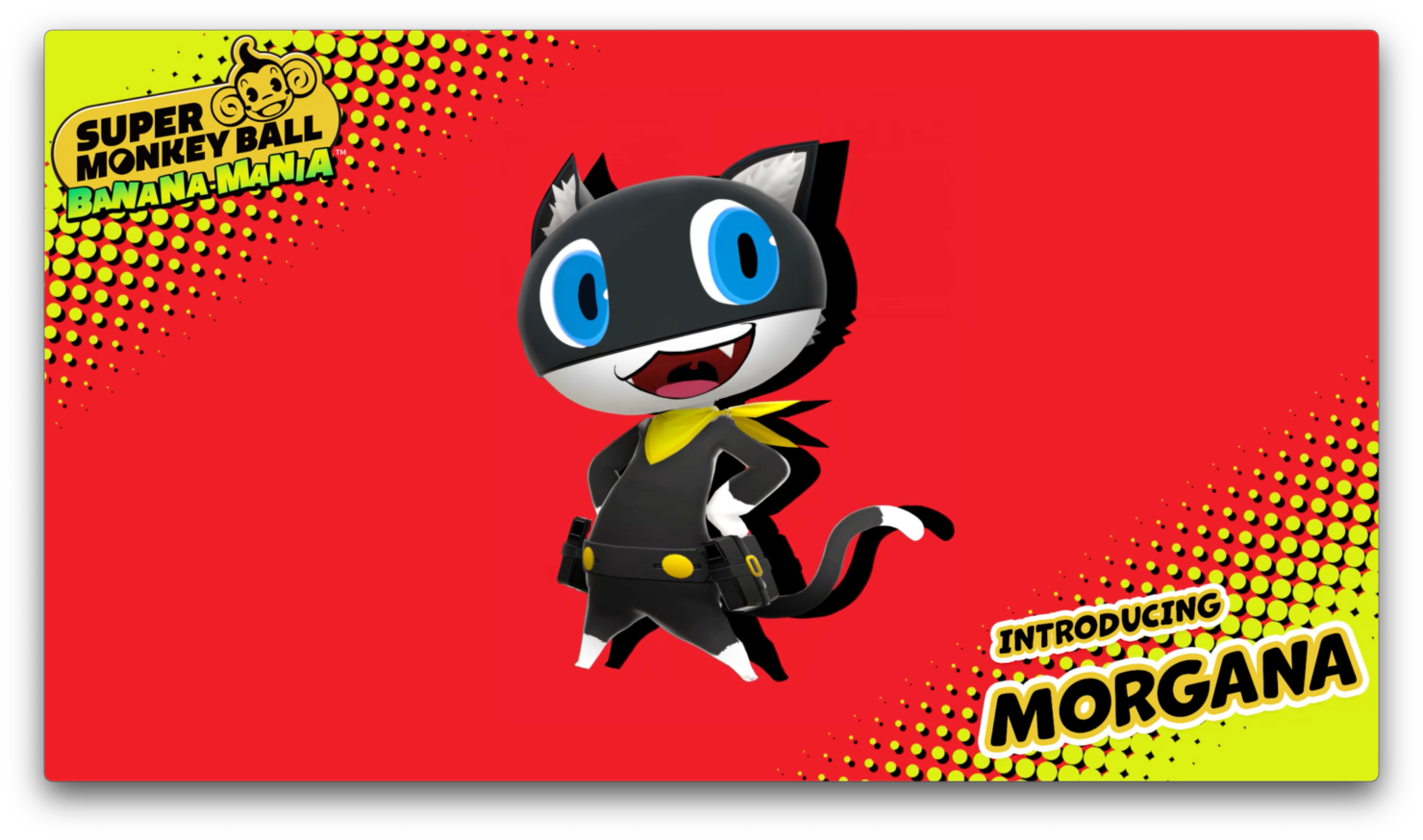 During Gamescom's Opening Night Live show, SEGA revealed that Morgana from Persona 5 will be added to the cast of Super Monkey Ball Banana Mania as a DLC character. The feline member of the Phantom Thieves will be available as a post-launch DLC that players will be able to purchase for $4.99 on all platforms on November 2.

Morgana is the latest in the wide variety of guest characters that will join Banana Mania. Some of which include Kazuma Kiryu from Yakuza, Beat from Jet Set Radio, and the dynamic duo from Sonic the Hedgehog: Sonic and Tails. Morgana will be playable in every main game mode, and, in keeping consistent with his character, he will be collecting treasure chests instead of bananas.

You can watch Morgana in action below:

That's not all that was announced, though. The Opening Night Live segment dedicated to Super Monkey Ball also revealed the first-look gameplay of all 12 party games coming to Super Monkey Ball Banana Mania. Each of the six core members of the monkey gang - AiAi, MeeMee, GonGon, Baby, Doctor, and YanYan – will be playable in fan-favorites like Soccer and Monkey Target.

Super Monkey Ball Banana Mania will be purchased on PlayStation 4, Nintendo Switch, PlayStation 5, Xbox Series, Xbox One, and PC via Steam on October 5, 2021. The game will cost $29.99 on PC and $39.99 on consoles.

Banana Mania will also support Xbox Series X's Smart Delivery immediately on release. That way, you don't have to buy the game twice on the same console. Additionally, you can purchase the game on PS4 and play the PS5 version at no extra cost.