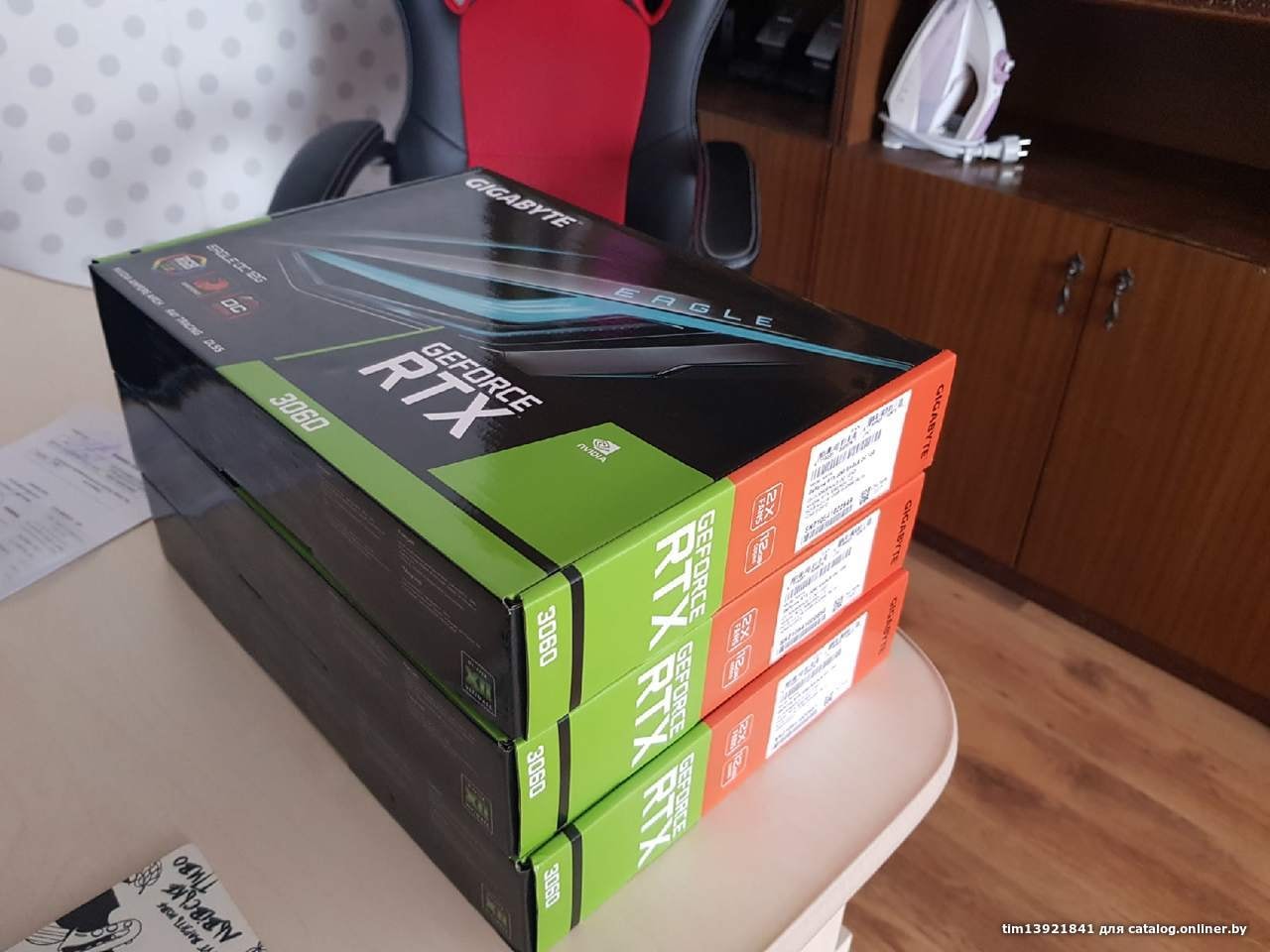 With NVIDIA launching the GeForce RTX 3060 on the 25th of February, many retailers have gotten their cards, but some haven't been able to hold them all in the store. In this case, we see the 3060 on sale at Belarusian second-hand market: Onliner. This isn't an isolated incident either. In any place imaginable, we have heard about these cards being sold before the embargo. It isn't uncommon for a few cards to be sold before the embargo, but this is an unprecedented amount.

Gigabyte's GeForce RTX 3060 Eagle Has Landed In Belarus And Is Now On Sale For $1080, More NVIDIA RTX 3060 Models Spotted In Retail Too

At the moment, these cards are pretty much useless in gaming as drivers haven't been made available, but could potentially be used to mine. A seller going by the name 'Artem' has listed three Gigabyte GeForce RTX 3060 Eagle OC graphics cards for sale.

The asking price is 2800 BYN which is roughly $1,080. Each card is going for $1080 which is far above the MSRP at $329. The listing details that only one of the cards has been open in order to verify that it was in fact an NVIDIA GeForce RTX 3060 inside. We don't really believe that the card was open for verification purposes rather it was used to test the mining limitations of the card.

The NVIDIA GeForce RTX 3060 is the first card to feature a crypto-mining limiter. The way the limiter works is by reducing the hash rate once the firmware detects the use of a mining algorithm. Some reports say that even with the limiter, the high value of cryptocurrency can make the card viable for mining. It's likely that they deemed the mining performance wasn't good enough so they put it for sale to still profit. Unfortunately for the retailer who sold the cards, the listing does show the serial codes of the cards which means Gigabyte can quickly track which retailer sold these cards.

We can't confirm why only a single one of them was opened, but for the reasons mentioned above, it's likely it was used to test the mining performance of the 3060. As for the official release date of the NVIDIA GeForce RTX 3060, it is scheduled to launch on February 25, 2021.