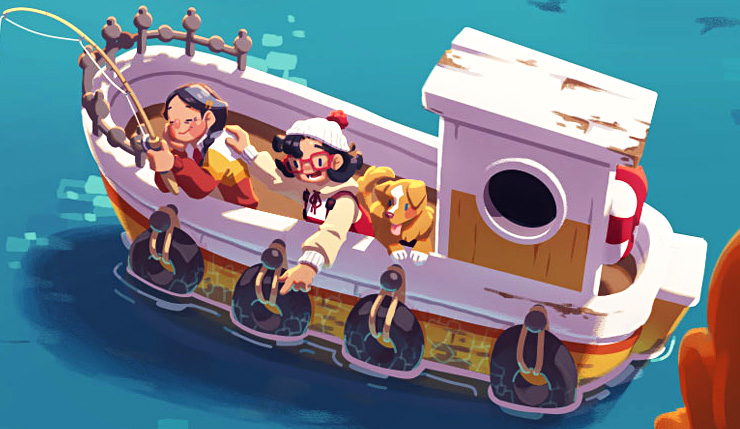 The promising cozy fishing RPG Moonglow Bay was originally supposed to come out today, but the game was recently pushed back until later in the month. That said, we do get a new Moonglow Bay trailer today! The trailer mostly focuses on the more relaxing aspects of the game, including fishing, cooking, and improving your town, but it also provides some new hints about the game’s story. We see players venture into more treacherous waters, and wait... is that a sea monster? Hmmm! You can check out the new Moonglow Bay trailer, below.

Is the sea calling your name? Need to know more? Do check out my full interview with Moonglow Bay’s creative directors, and the following official description…

Moonglow Bay sails onto PC, Xbox One, and Xbox Series X/S on October 26.