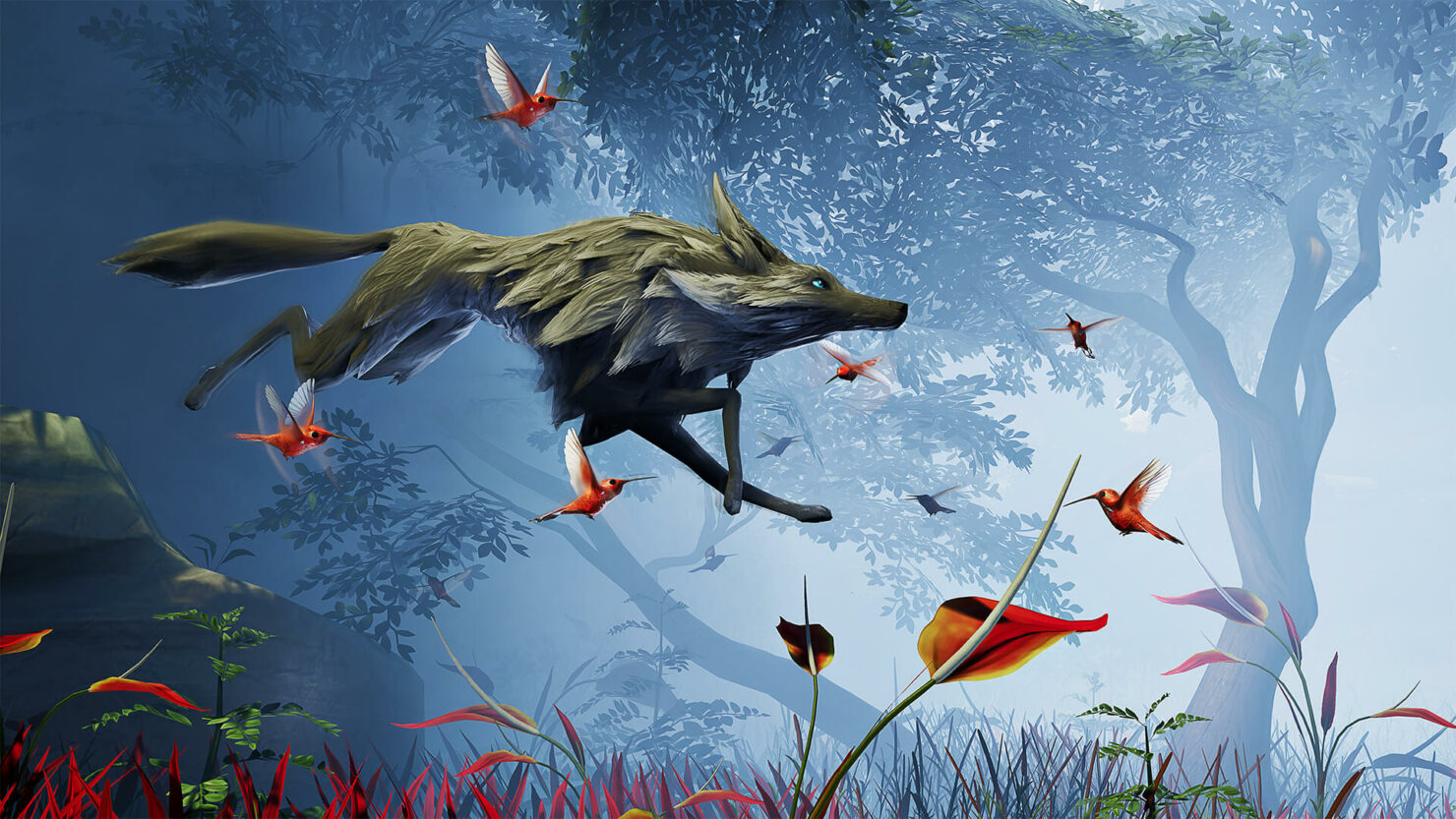 After a successful Kickstarter campaign back in 2016 that raised over €320,000, Mooneye Studios are ready to show off their latest title: Lost Ember. EGX Rezzed in London is host to some of the most imaginative indie games you'll ever see, which makes it the perfect place for a game like this. Lost Ember is a story-driven adventure game in which you are able to possess animals in order to make your way through the world. You are guided by a mysterious companion who desperately needs your help.

Check out our interview with programmer Pascal Müller where we talk of how being on Kickstarter affected the development of the game, which animals we can expect to play as and more. Be sure to stay tuned to Wccftech as we will also have a preview of Lost Ember coming later this week.

Well, we’re a small team from Hamburg, Germany, currently consisting of 5 core team members and a handful of freelancers. We met back in 2014 and immediately started working on some smaller projects and started to develop the idea behind Lost Ember. After almost 2 years of part-time jobs and contract works, we decided to put everything we got in Lost Ember and after our Kickstarter end of 2016, we now work full time on the game in our small office.

Your most recent developer blog video revealed you’ve had to delay the game’s release. The Kickstarter backers may have been angered at such an announcement, however, they all seemed incredibly understanding. Were you at all surprised by this reaction?

We thought that some people would be disappointed but like you mentioned the community was incredibly understanding. I think after so many games releases with bugs or missing features, people rather accept waiting a little longer but getting a better experience in the end. We promise you, the game is worth the wait.

How has being on Kickstarter affected the development of Lost Ember?

Thanks to Kickstarter we were all able to quit our part-time jobs and focus fully on the development of Lost Ember. Working full time on the game, of course, speeds up the development process dramatically. But it also is a responsibility, of course. We try to update our backers as regularly as possible about the state of the development and be as open as we can about problems like the delays you mentioned. It’s definitely a different kind of working on a project that, for us, can be a bit challenging, but is also really fun.

How many animals can we expect to play as in Lost Ember and which animal was the hardest to implement in the game?

We have about 14 different animals in the game. Some of the animals were quite difficult to implement because they have a completely different movement mode like the parrot or the duck. So far I think hardest is the mole. We want the player to be able to dig below the ground and explore the underground. This is really difficult because we want the player to experience the feeling of being underground but also to see where they are going.

I played the demo but didn’t see any puzzles or gameplay elements. Will the final game feature any types of puzzles or is it purely a narrative experience?

What has the reaction been like when demoing the game to the public at PAX East and EGX Rezzed?

We had a great time at these conventions and the reactions of the players were really great. Especially after working on a project for so long you tend to see only bugs and things that are not polished yet. So it was a huge motivation boost for us to see so many people enjoying our game

Roughly how long do you think Lost Ember will take the average player to get through?

We are aiming at 4-5 hours of gameplay for the average player. But if you are one of those players interested in exploring everything and finding all hidden secrets, you can easily spend 8 hours or more in the world of Lost Ember.

Will there be any graphical enhancements (HDR or 4K for example) to the PlayStation 4 Pro and Xbox One X versions of the game?

These versions will definitely have enhanced graphics, but we have to focus on the “normal” version of the game first, so we can’t promise anything specific at this stage of development.

When can we expect Lost Ember to launch?

We are currently aiming for Fall of 2018, let’s hope we won’t encounter that many more hurdles on the way.