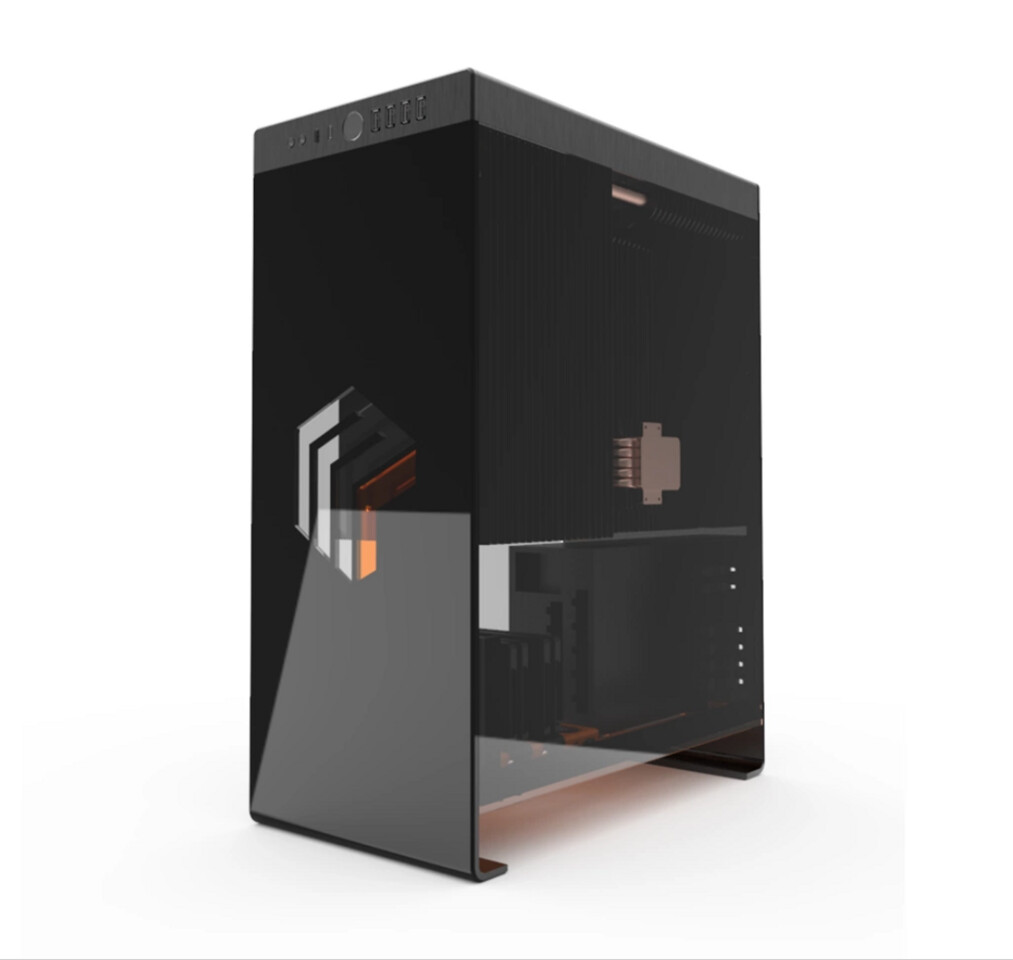 MonsterLabo is a well-known creator of fanless PC cases and has announced its newest PC chassis called The Beast. This PC chassis is significantly different when compared to other chassis currently out on the market, the way that The Beast is different because this chassis doesn't require any fans and doesn't come with any fans, either.

MonsterLabo features 'The Beast' PC case, which has a total of ten copper heat pipes and two massive heatsinks

The Beast doesn't come with any fans; instead features a total ten 6 mm copper heat pipes that connect to two 3 KG aluminum heatsinks, which are mounted to the inside the chassis and connect to both the CPU and the GPU allowing for a fanless system if the rated TDP is below 300-watts.

For PC builders, this case can support fans if needed; users can connect two 140 mm fans running at a slow 500 RPM speed, the cooling TDP raises to 500 watts.

The design of The Beast is made out of glass and 6 mm thick aluminum, which makes this case look fantastic for a gaming PC or as an office PC. The front panel of the PC case features MonsterLabo's Logo.

MonsterLabo states that this case will cool even NVIDIA's RTX 30 series "Ampere" graphics card, which means that gamers can experience the best graphics while still passively cooling their entire system.

For compatibility, This PC case features support for various motherboard sizes ranging from Mini-ITX to ATX, which allows for virtually any motherboard to be installed in this case with ease. This chassis allows for a graphics card length of up to 290 mm, and features up to four 3.5" drives or eight SSD 2.5". This chassis can support up to an ATX power supply, meaning having 1000 watt is possible.

The front IO provided by The Beast is a single USB Type-C port, Two USB 2.0 ports, and two USB 3.2 Gen 1 ports allowing for an extensive array of connectivity provided by the front IO panel.