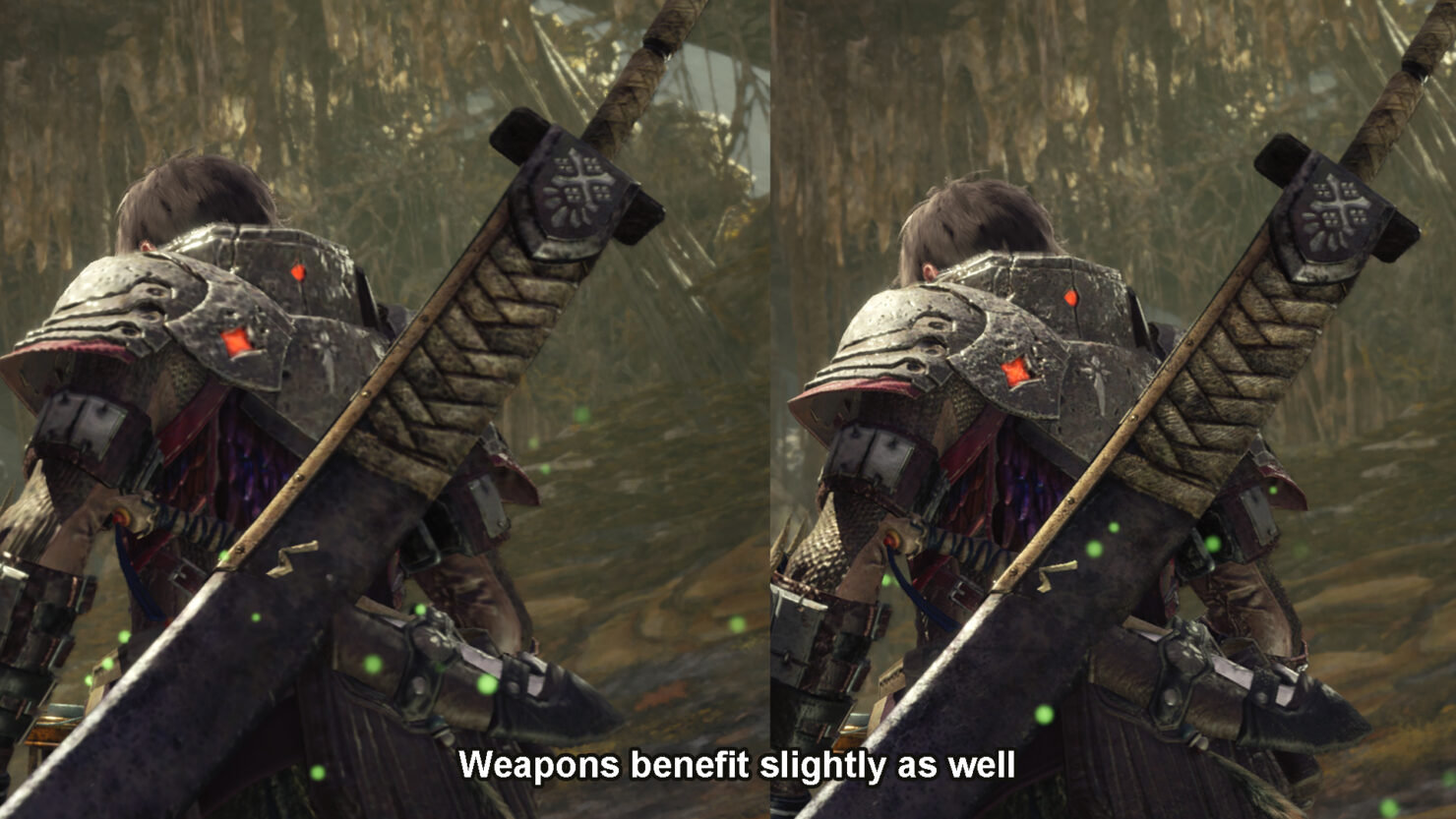 The mod, created by modder MHVuze, a crude workaround to addresses the obvious texture issues in the game, and it currently addresses player and NPC textures alongside textures for armor and weapons.

MHVuze notes that the mod is “definitely not a fix for the problem and it might introduce other visual curiosities”. We’ve included some comparison screenshots from the mod in action below:

The new version of the mod, version 1.04, can be downloaded through Nexusmods right here. In case you're interested in a mod that further enhances the game's visuals on PC, check out the Clear Hunter mod.

Monster Hunter World is available now globally for PC and consoles. The game was released for PC last month, and the game recently surpassed 10 million sales across all platforms.

In Monster Hunter: World, follow the journey of the elder dragons as they begin their once a decade migration across the sea to a land known as the New World in an event referred to by inhabitants as the Elder Crossing. As part of the Guild’s Research Commission, players must embark on a grand journey to this massive, mysterious land and uncover the secrets behind this phenomenon. As hunters set out on their quests, the Commission’s sights are set on Zorah Magdaros, a colossal elder dragon that rises from the earth like a volcano.