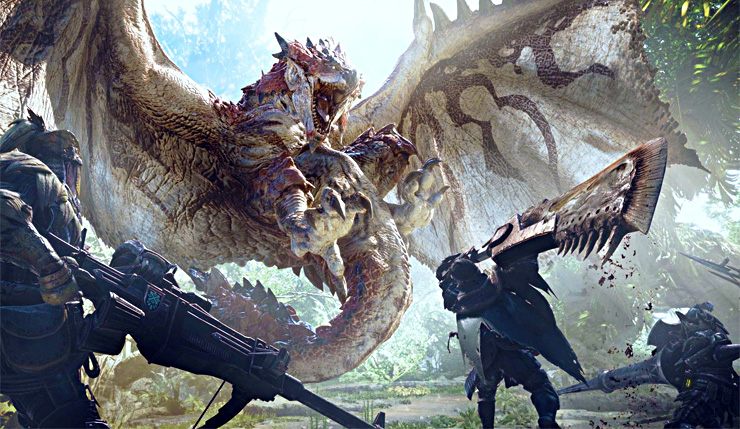 At first glance, the Monster Hunter series seems like it was specifically designed with loot boxes in mind. The games are all about scrounging for materials, crafting gear, and improving your character – it would be very easy for Capcom to insert all sorts of microtransactions into the upcoming Monster Hunter: World. Except, they’re not. The game will be entirely loot-box-free.

Capcom producer Ryozo Tsujimoto explained why Monster Hunter: World is won’t include the loot boxes or microtransactions the rest of the industry is increasingly fixated on…

“[With Monster Hunter] you’ve already kind of got loot as a core gameplay aspect without having to shove a microtransaction version of it in. Our focus is on wanting to get people to play our action game and feel the kind of satisfaction that comes with the achievement you get with completing a hunt and getting rewards. We want people to have the experience that we've made for them rather than the option to skip the experience."

According to director Yuuya Tokuda, not skipping the experience is crucial, because Monster Hunter’s loot isn’t as important as you might think. Sure, new gear is a nice reward, but Capcom considers Monster Hunter to be a skill-based action series at its core.

"I wouldn't see a paid loot box for getting random items as a fit for Monster Hunter. It isn't a game where the strength of the items is the key aspect of how you proceed. The idea is that the time you spend hunting and the action part of the game is how you brush up on your skills. And then of course you get rewards of better items, but by skipping out on the part where you get better at the hunt -- if you're simply [paying for] more items -- I don't think that'll be a very satisfying experience for players. It wouldn't even necessarily be much of a time saver if you haven't got the skill to use the items you've gotten."

Encouraging to see Capcom taking a thoughtful approach to this issue. A lot of other publishers would have looked at Monster Hunter, noticed it had loot, then mindlessly buried the experience in boxes.

Monster Hunter: World stomps onto Xbox One and PS4 on January 28, 2018. A PC version is slated to arrive sometime later in 2018.