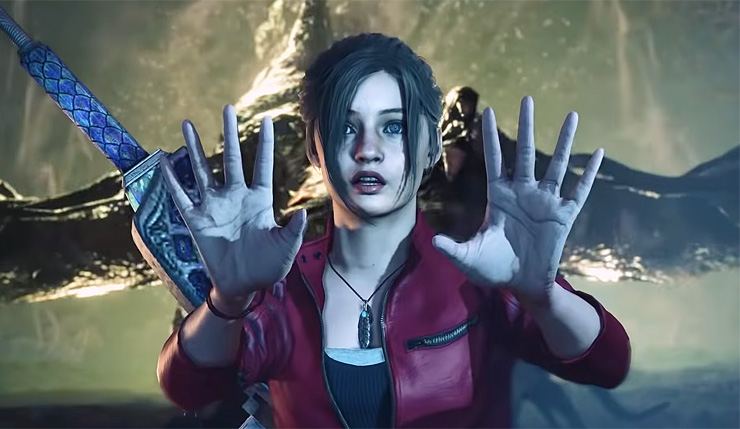 The inevitable crossover between Capcom’s two biggest franchises is happening next month. Yes, Monster Hunter World: Iceborne meets Resident Evil 2 next week, as Leon Kennedy and Claire Redfield join the hunt. You can check out a rather wacky trailer for the crossover, below.

It looks like Monster Hunter World: Iceborne is getting a full Resident Evil makeover for this crossover, including the addition of an area clearly meant to remind players of the Raccoon City Police Station. The crossover will also add zombies to the game, who are just as hungry for the dance floor as they are for human flesh. Oh, and yes, it looks like the always-terrifying Mr. X will also be hanging around…as your buddy? Oh, and Tofu will be around, too. Clearly Capcom is having some fun with this crossover.

Haven’t checked out Monster Hunter World: Iceborne yet? Wccftech’s Kai Powell deemed it a great expansion for experienced hunters in his review…

Monster Hunter World: Iceborne is one of the meatiest expansions this series has seen to date. While it doesn’t have a G or other letter signifying its importance in the name, Iceborne is as close to the complete experience that players will see for Monster Hunter World. Almost all of the new content is geared towards experienced players, giving them a reason to return in search of danger and glory. The refinements and upgrades to the combat offer players more versatility in their builds and finally give charge blade users a reason to focus on more than just raw attack. Iceborne has already grabbed me more than the base game, and while the fights are far more challenging, they’re some of the most rewarding.