People have been wishing for Monster Hunter’s return to home consoles for too long - the series has made massive advances on the 3DS, from 4 to Generations, Monster Hunter fans keep saying the series is getting bigger and better; they just wish they could experience it all from the comfort of their own sofa, on a big TV. Luckily, that’s exactly what Monster Hunter World is here for.

Jumping straight into the world with my Palico buddy (that’s the wee feline friend, for those not already versed in Monster Hunter) I’m confronted by the usual gaggle of herbivore monsters to cut my teeth on, should I wish. But of course, they’re just fodder to test my buttons; the real prize is a much bigger monster.

In order to hunt it down, you must find traces of where it has been; footprints, dung, piles of half-eaten food, the typical tracks you’d look for when hunting. Of course, Monster Hunter World goes one step further to make things easy for you with the introduction of the Scoutflies, a cloud of glowing flies that’ll lead you to tracks and even to the monsters themselves. This essentially works like a “detective mode” or “Witcher senses” where you follow a glowing trail to your target, to take the effort out for less experienced or lazier players.

But of course, the Scoutflies are a bit of a weird addition too, and contrast with the World element - unlike previously, World isn’t beholden to technical limitations of portable systems, and makes full use of that with a bigger world - but of course, if Capcom are limiting the exploration to essentially following a trail of Scoutflies, that open world might just amount to a big, annoying trek each time you set out. 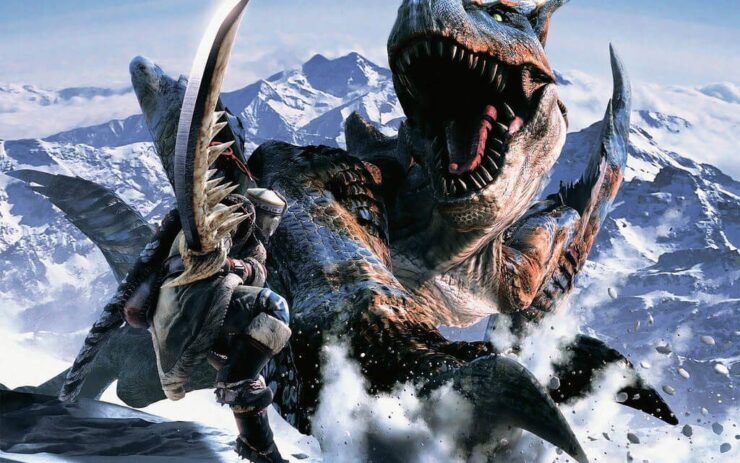 Still, one shouldn’t worry about the overworld too much - this is Monster Hunter, after all, and the emphasis is hunting monsters, and that moment-to-moment combat against giant beasts is still intact, and feels wonderful. Hunting down the most terrifying monster from the demo, the T-Rex-like Anjanath, was a great experience, one where I felt my nerves twinge as he swung his enormous jaws and clamped down in my direction.

Just as in traditional Monster Hunter games, once I’d found the beast I immediately started swinging my massive weapon. Doing damage to the monster, the beast starts to show signs of wear - scars across the legs I’ve been chopping away at, and a slight limp as he escapes my onslaught. Even the environments weren’t safe from our battle, as the Anjanath attempted to escape through a giant hollowed out log - after I chased it, he turned around and destroyed the log before going for me again.

Eventually, we backed it back to its lair where I laid a fair few barrel bombs and swung my blunted weapon, despite not having a single whetstone to my name. After almost 15 minutes, the beast was finally felled, and it felt spectacular. 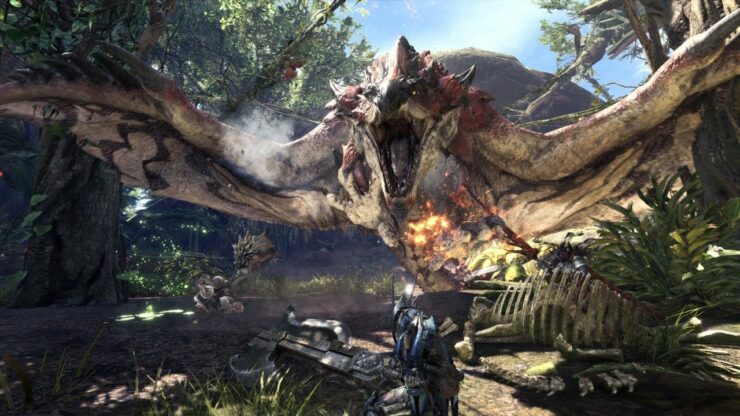