Capcom took advantage of the Tokyo Game Show 2017 to reveal new details about Monster Hunter: World, which will debut on January 26 on PS4, Xbox One and PC, officially introducing the story, characters, and monsters that will accompany our adventure.

Around once every 10 years, the Elder Dragons cross the ocean towards the New World. In order to understand this strange phenomenon, the “New World Elder Dragons Research” group dispatched a team to the New Continent. 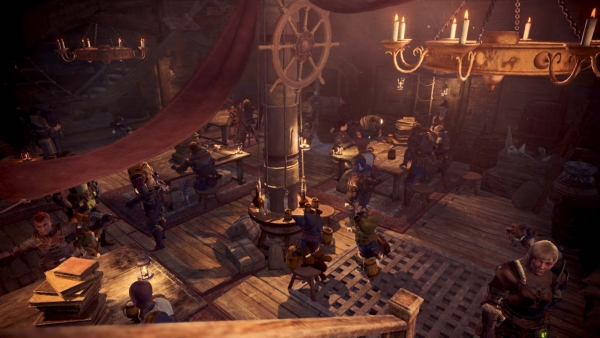 This time, on the fifth dispatch, a hunter boards a large ship that is chasing after the Elder Dragon Zorah Magdaros. 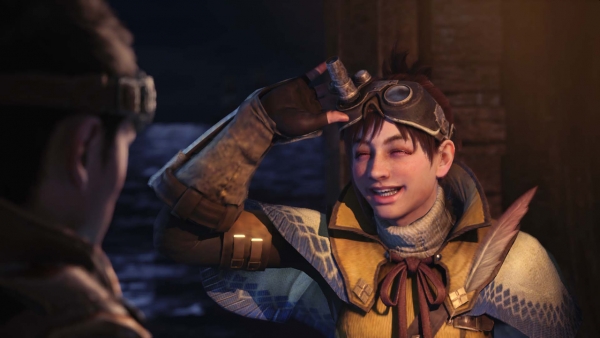 What is the fate that awaits this research group party is…? 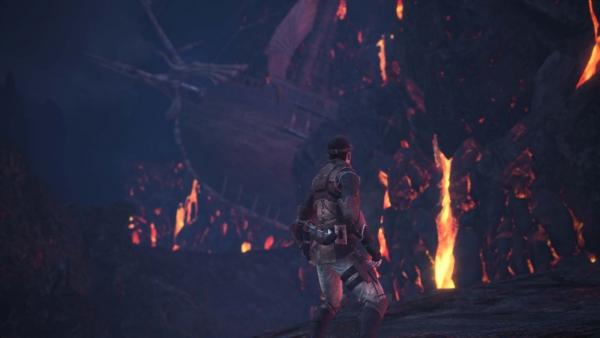 An Elder Dragon possessing an impressive volcano shell raised from the earth. It appears he is moving to a certain location, but his goal hasn’t yet been identified. 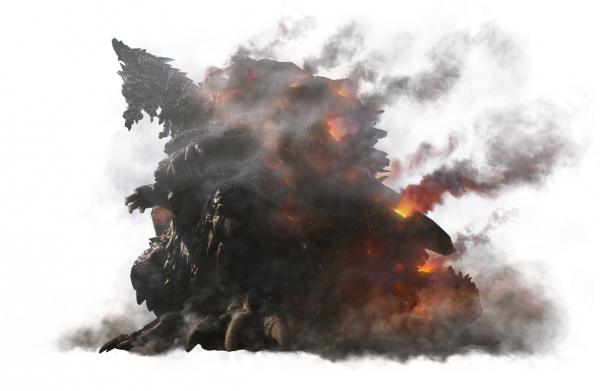 A puzzling monster that appears before the research group. Unleashing limitless destruction without any regard for what happens to its own body, this monster is also known as Extinction Dragon. 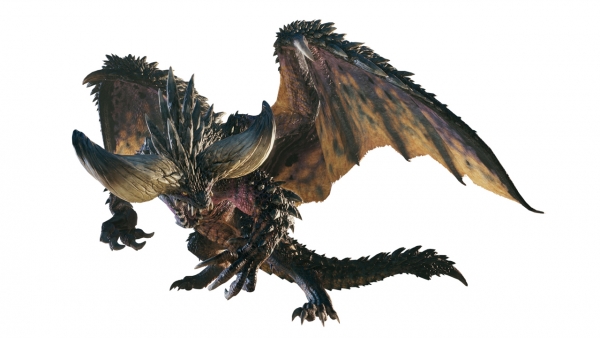 The ‘house’ where all the members of the investigation team live. There is a research area to advance the investigation, a workshop, and an area for hunters to meet and assemble. A team first started construction 40 years ago, and it became the way it is today due to many years of reconstruction and renovation. 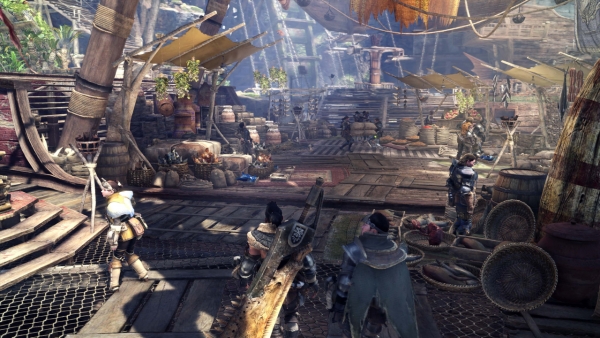 Near the base entry is a Quest Board and Item Box. Hunters can freely explore the field and take on quests to investigate this New World. 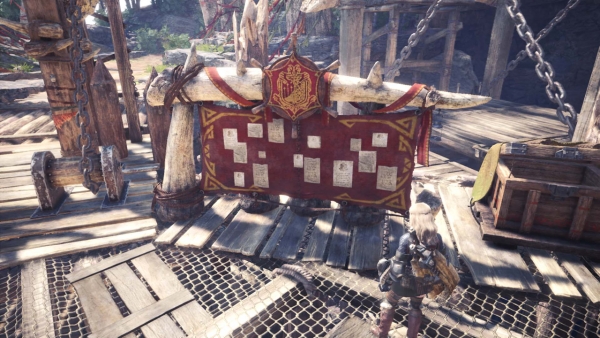 Monsters at the base!? Some researchers will be investigating the monsters’ ecology. 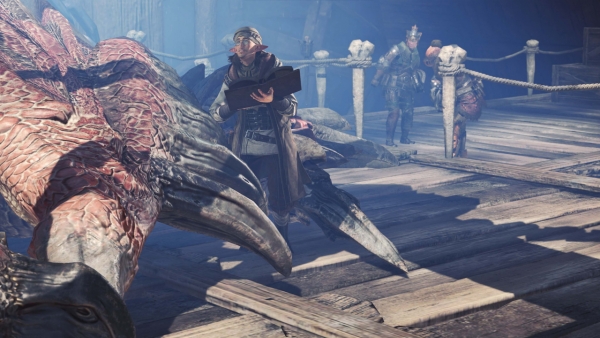 There are a variety of support characters who will aid the player in the field and at camp. Talking to the receptionist when you want to receive a quest. 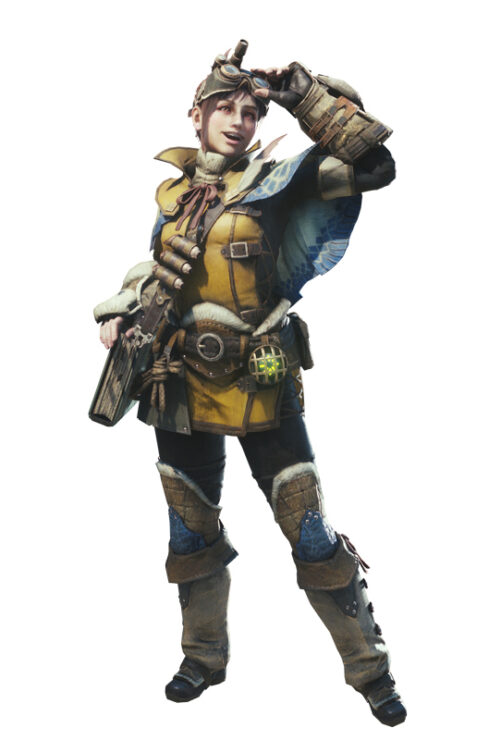 An expert “compiler” of information. She will help you collect and compile enormous amounts of research information. She came to the New World on both the guild’s recommendation and her own strong desire. She is intelligent and cheerful, and her mantra is “If you get lost, eat!” 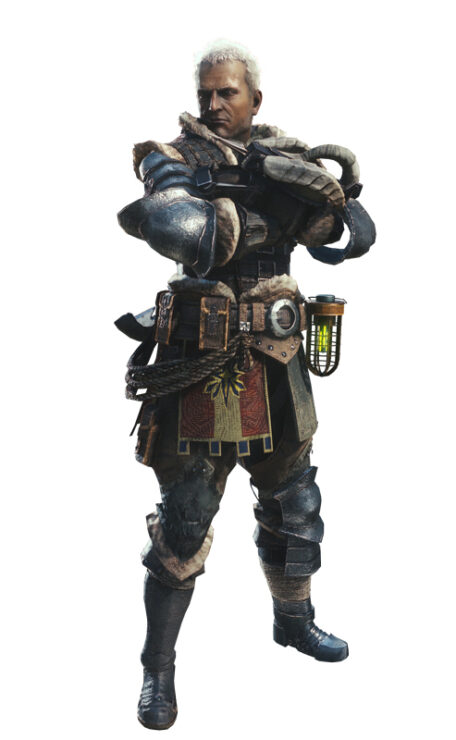 Overseer of the entire research group. One of the few who first came to the New World 40 years ago, he leads the group with calm instruction and sometimes bold policies. He has the utmost confidence of the research group. 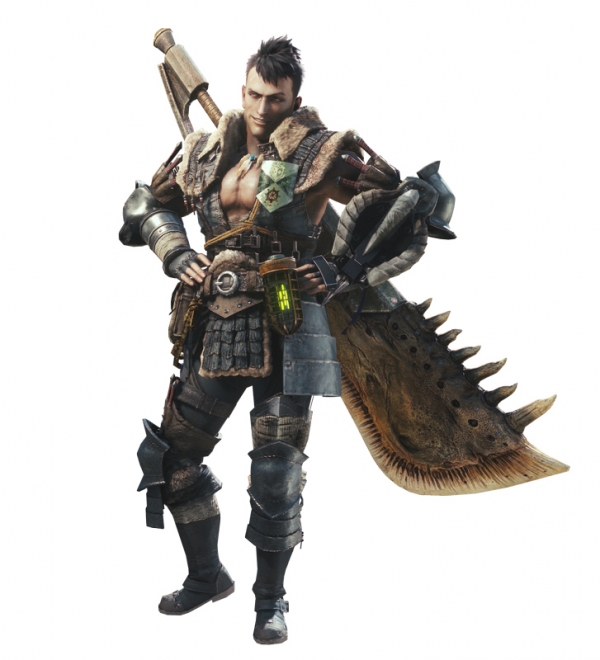 A young hunter who leads efficient field surveys. As the Supreme Commander’s grandson, he is the only one to be born and raised in the New World. As a veteran hunter living in the New World, he will provide you with a variety of information. 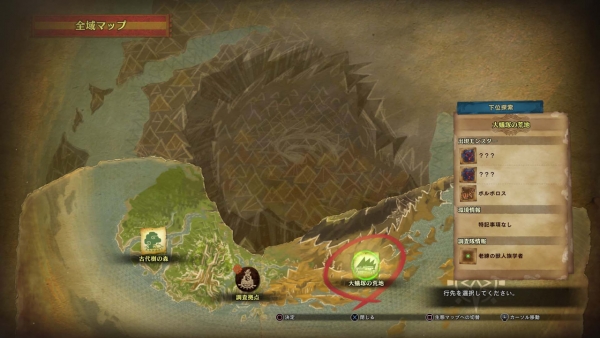 If you leave from the area map for the field without accepting a quest, it becomes an exploration. Unlike when taking on a quest, exploration is the best way to survey the field as there are little restrictions.

There is no time limit to exploration, and no matter how many times you die, you will not fail. Since there are no clear conditions during exploration, you can freely explore, survey, and hunt on the field on your own accord. You can bring back the materials you collect and all sorts of points. You can return to the base using the area map, as well as instantly move between fields.

During exploration, you can take on quests from the receptionist, who will be at the camp. 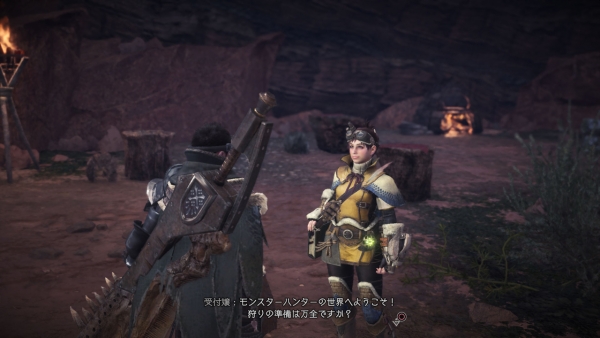 You’ll come across numerous things in the field that are useful for hunting. You can find out where certain things are by checking the “ecology map.” You can also filter out the information that is displayed using the icon filter.

—The Ecology Map and the Guide Feature

Scoutflies can guide you to the locations of items and monsters. Open the ecology map, place the cursor on the point you want to be guided, and drop a pin to begin the Scoutfly guidance.

Also, during exploration, simply collecting traces of monsters will not guide Scoutflies to monsters. Use pins to explore efficiently.

The information on the ecology map will be updated as you proceed with field surveys during exploration and quests. By selecting the camp displayed on the ecology map, you can move there instantly with “fast travel.” (This cannot be used during hunting or when in the alert state.)

—A den of monsters that resemble Felynes has been discovered…!? Using the Scoutflies and ecology map may result in various surprises. 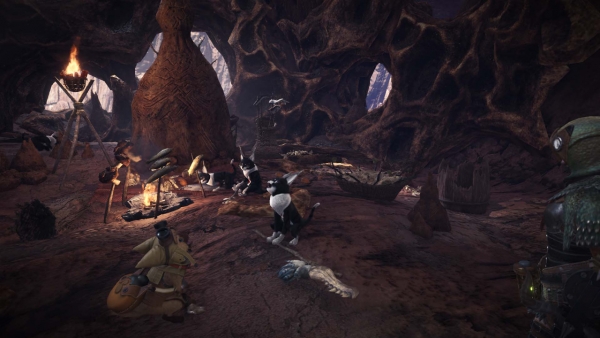 —There are various traces on the field that prove there was something living there. Proceed with your investigation under the guidance of the Scoutflies reacting to traces of monsters and things in the environment. Even in an unfamiliar field, there is no need to worry. 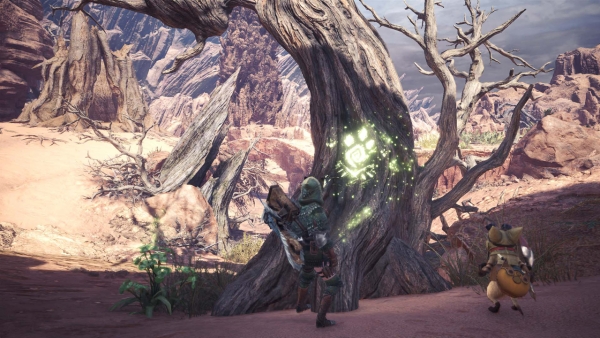 There may be various other discoveries, so be sure to carefully investigate during exploration!

Recall that Monster Hunter: World will release on January 26 on PlayStation 4 and Xbox One, while the PC version will be available later.

Devil May Cry 5 Special Edition Will Support 4K Resolution, 60 FPS With Ray Tracing Off; Game Can Run at up to 120 Frames per Second

Thanks @Gematsu for sharing this new Monster Hunter: World information with us.

Resident Evil Movie Reboot Announced, Will be a More Faithful Take on the First Two Games

Monster Hunter Movie’s First Teaser Has Lots of Milla and Guns, Release Moved Back to 2020