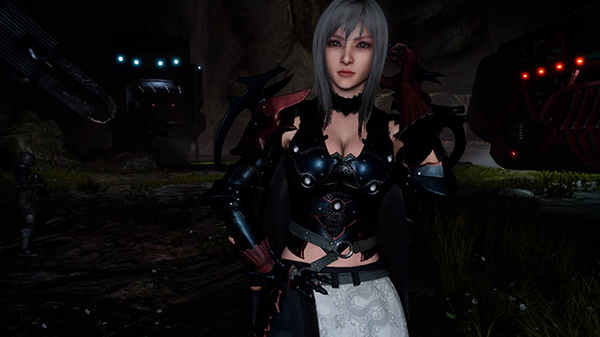 Released earlier this week, the ‘FFXV Aranea character AND weapon mod for female’ mod from the DMQW modding group replaces the player character with Final Fantasy XV’s hard-edged Imperial airborne division commodore. A few screenshots from the mod in action have been included below:

"Imperial airborne division commodore known for captaining a distinct red aircraft as well as a squad of mercenaries", Square Enix's official character description reads. "Even in hand-to-hand combat, Aranea is most at home in the skies, wielding a magitek lance in dragoon-style aerial attacks."

Those interested can download the Aranea mod for Monster Hunter World right here. In order to use this beautiful modification, users will have to extract the downloaded file and place nativePC into the root directory of MonsterHunterWorld. After this has been done, players will need to select the Brigade layer armor.

Monster Hunter World is available now globally for PC, PlayStation 4 and Xbox One.