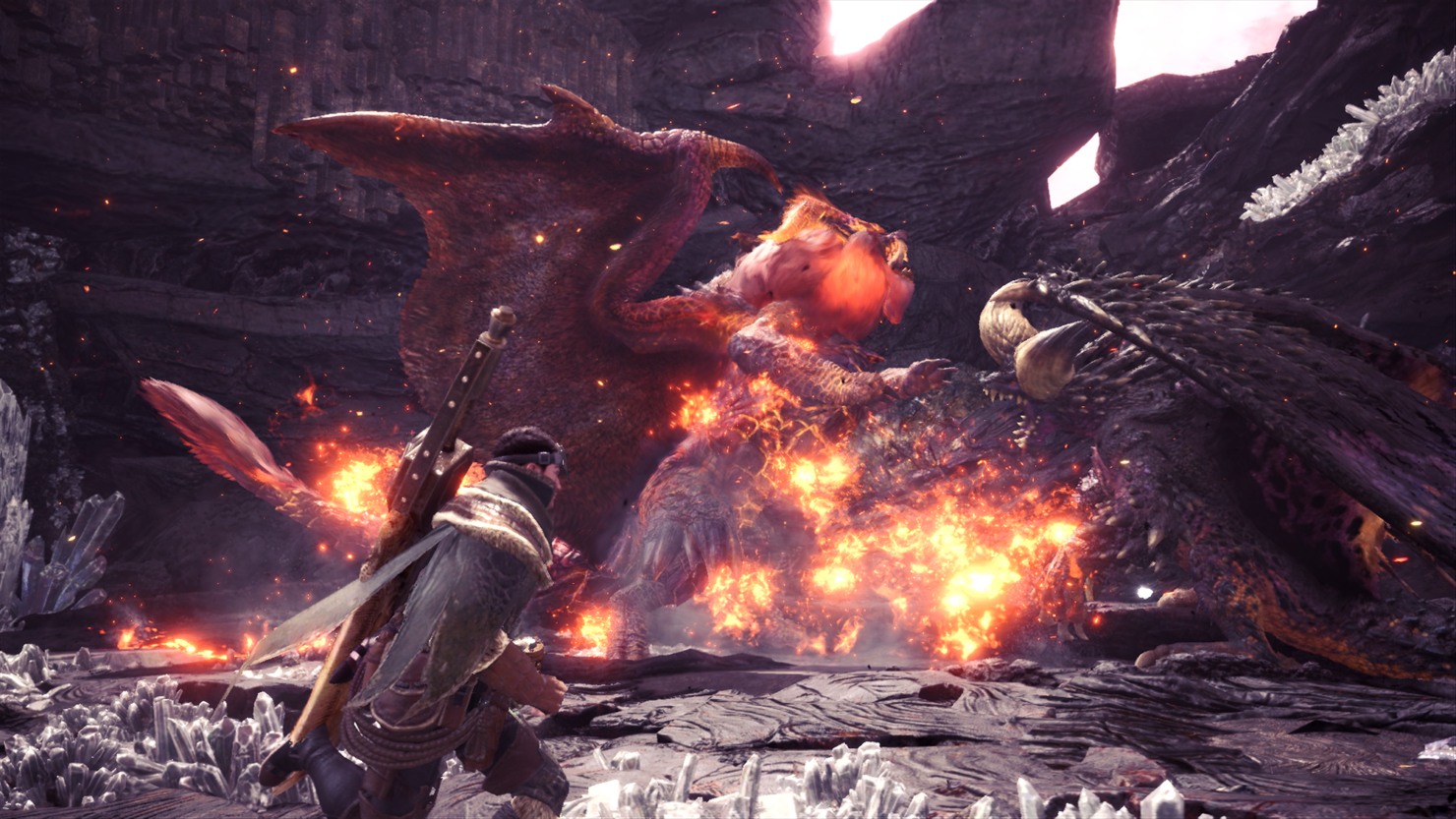 Monster Hunter World is gearing up for release (at least on consoles, as PC gamers will have to wait for Autumn 2018) and CAPCOM revealed new details today for the upcoming action RPG title.

First of all, there's a brand new trailer which gives fans a first look at several new and returning Elder Dragons. Then CAPCOM confirmed both free and paid DLC plans with the first major update due in Spring; lastly, there will be a third and final Monster Hunter World beta on PlayStation 4 from January 19th through January 22nd.

The steel dragon Kushala Daora is a beast with a body covered in metal plates and has the power to keep hunters at bay by generating wind storms around itself. The flame king dragon Teostra is a brutal fiend that spits blazing fire and any hunter who faces this fierce and deadly monster is in danger of being engulfed in a hellish inferno. Another monster introduced in the trailer is Dodogama, a rock-eating wyvern that possesses a unique saliva that causes rock to become explosive, a hazardous mix it will spit at its foes to warn off attackers.

Also confirmed today is a final beta planned for all PlayStation 4 users which will begin in Europe on January 19 and will go through January 22. In addition to the previously released Great Jagras, Anjanath and Barroth quests, players will now be able to battle against the game’s terrifying and challenging flagship monster Nergigante.

Finally, Capcom today confirmed that there are plans for post-launch support of Monster Hunter: World with regular content updates, as well as major title updates for free. The first major title update will be coming in Spring 2018 which includes the addition of the fan-favorite monster Deviljho. Players will be able to put their hunting skills to the test against this brute. The Deviljho must feed constantly and will devour anything in its way, even feeding on the largest of monsters with its massive jowls. This wild beast really is one for only the bravest of hunters to take on.