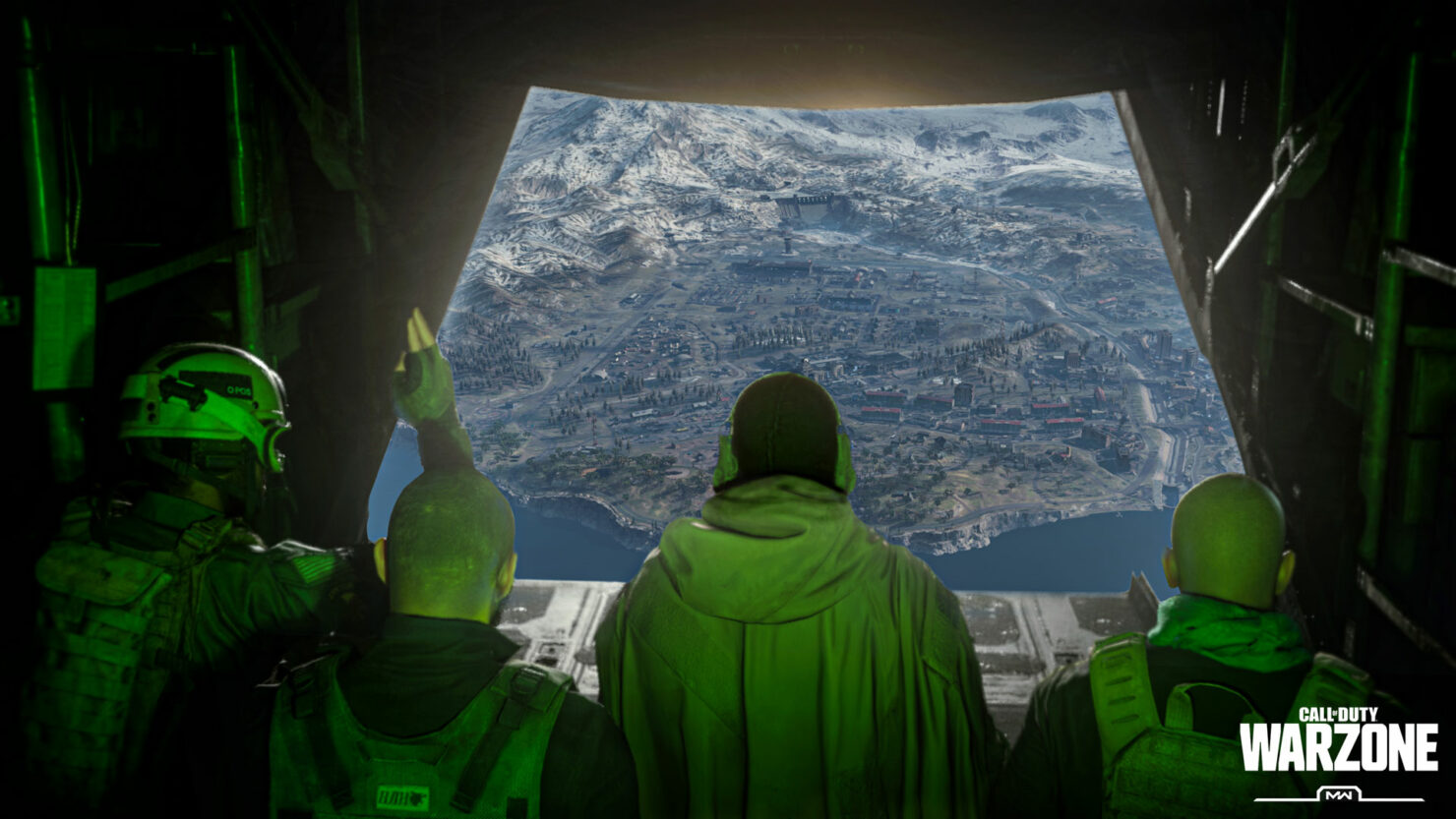 Modern Warfare Warzone was just officially revealed, after this morning's leak, by Activision Blizzard. We've now got the proper, UltraHD trailer below, as well as lots of info on the gameplay mechanics.

Modern Warfare Warzone will be available starting tomorrow on all platforms.

At launch, players can squad up in trios with their friends on Playstation 4, Battle.net for PC, or Xbox One across two game modes: Battle Royale and Plunder.

In Battle Royale, fight to be the last squad standing while escaping the deadly gas in the swiftly closing circle with up to 150 players.

In Plunder, the race is on to collect the most in-match Cash by looting across the map, taking down enemies to steal their Cash, and completing in-match Contracts.

The Vehicles of Warzone

If you need to get somewhere fast in Warzone, the best method is a vehicle. There are five vehicles all with varying levels of protection, speed, seating, and off-roading capability. Each vehicle has a health meter and when it reaches zero, the vehicle explodes and flames out. Needlessly to say, if the health of your vehicle is depleting, bail out before the impending explosion.

Here’s an overview of the five vehicle types that are populated throughout the world in Warzone:

· Cargo Truck – holds the squad plus equipment, excellent protection, not for off-roading, slowest.

The Gulag (only in Battle Royale)

Upon your first elimination, you will be taken as a “Prisoner of Warzone” and thrown into the Gulag. There you will await your fate and watch other prisoners fight to the death. When your turn is up, you’ll enter the Gulag and face-off against a single opponent in a 1v1 to earn the ultimate reward - redeployment. Win in the Gulag and earn redeployment back into Verdansk. Lose and hope that your squad completes Contracts and earns enough in-match Cash to redeploy you.

Contracts are objective oriented tasks players can find and activate across Verdansk. A squad can activate one Contract at a time and completing it rewards you in-match Cash and other loot items. Multiple types of Contracts exist including Scavenger Contracts where you have to find and open a series of Supply Boxes and Recon Contacts where you must secure one location, similar to Call of Duty’s Domination mode. In addition to in-match Cash, Contracts can give you special rewards like the ability to see the next circle collapse location before it starts to close.

The rumored Call of Duty Modern Warfare Warzone Battle Royale received a massive leak thanks to YouTuber Chaos, who posted over ten minutes of gameplay from a recent gameplay session.

Modern Warfare Warzone will be a free to play standalone release with cross-platform enabled, just like the regular game. The video doesn't provide any actual info on when it will be released, though it should be this week according to earlier rumors. Still, there's a ton of interesting gameplay tidbits here which have been nicely summarized by Reddit user ywhine. Check it all out below.

After this leak, are you looking forward to Modern Warfare Warzone? Let us know in the comments!

- Massive map, contains old maps such as Terminal, Scrapyard, Overgrown, Broadcast and some new areas. Chaos said it feels like you're never in a reskinned/copy pasted area. There are snowy areas.

-Free to play, no MW required but there is crossplay and saved progression.

- Player count of 150 but may possibly increase, solo's, duo's and trios.

- Weapon looting is guns only. No attachments, unless from supply drops. Health regeneration looks automatic.

-Features a Squad Leader jump-master thing, similar to Apex Legends (Squad leader, and leadership can be passed). You can see the cash of your team mates.

-The map is visually stunning according to Chaos, and when jumping, there is 3D text on top of the locations. There seems like a fair bit of verticality, especially in Downtown areas.

-HUD has red dots, unsure if this is past/historic gunfire.

-There is a tactical map which shows the circle timer, Gulag matches etc.

-Altitude meter, seems like you drop rapidly. You can cancel parachuting. Flares included when doing so.

-Two hitmarkers to kill in a downed state.

-Armor is automatic after equipping plates, seems like you can have up to 5. (Triangle to build).

-There are contracts with money, confirming the leaks e.g. collecting three crates.

-After killing a player, the loot just drops. There are no bags or going through the list of inventory like Blackout.

-I noticed when guns are picked up, the relevant ammo is next to it. Doesn't seem like you're going to be looking around too much for ammo drops.

-Loadout drops (like care packages), blueprints with weapon staches/caches - with a rarity symbol, I saw 3 out of 5 circles, maybe a reference to how many attachments equipped.

-Unsure of the maximum ammo count but at one point Chaos has 20/210 clipped for the SCAR.

-Lethals such as claymores, mines and grenades return.

-You can request buy back from squad to redeploy, and of course you can buy respawn tokens with the cash you earn.

-You get minimal ammo for the guns you pick up, just the one magazine.

-There are bounties, eliminating specific players - possibly MVP, rewarding cash. This is on a countdown.

-Gulag sequence is important. If you're killed or captured(?) you're a Prisoner of warzone, and taken to the prison cells. This has its own animation.

-You watch others fight in the Gulag (extended version of the Gunfight map) in a 1v1 and there is a countdown until your turn.

-You can see this in realtime, so you can make callouts for your teammates, and even throw rocks at the enemy.

-Chaos says one of his concerns his killstreak spam, they can be bought and during the final circles, there were airstrike spam (there is a warning).