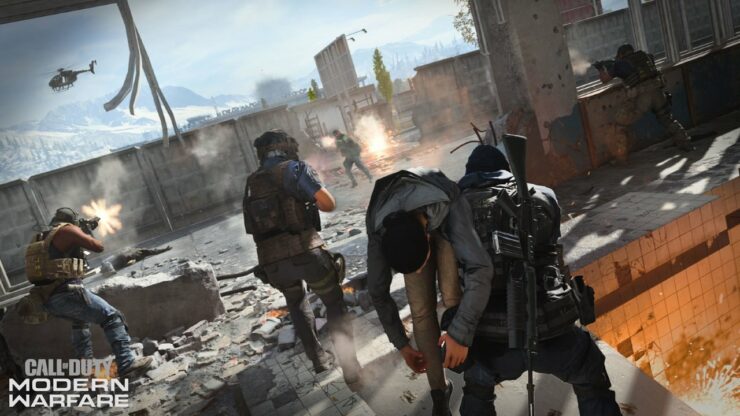 The Call of Duty: Modern Warfare battle royale mode, Warzone, may be released next week according to a rumor circulating online.

Twitter user Okami13, who talked about the Modern Warfare 1v1 Gunfight alpha before its announcement, revealed a few hours ago that the Warzone battle royale mode will be released on March 10th. A new trailer for the mode is ready, and it will be dropped either today or on Monday.

Okami13 also talked about other details we have heard about in the past few weeks, like Warzone being free to play and have its separate client for those who do not own Call of Duty: Modern Warfare. Interestingly enough, it seems like the mode will only support squads.

- Trailer is ready. It's coming either on Thursday or on Monday.

- Will be in its own separate client

When all of this comes true you will know I'm right about MW2R coming this year.

As it usually is with unconfirmed info, we have to take everything with a grain of salt. As a new trailer is supposed to release soon, we won't likely have to wait much longer to learn more about the Warzone mode.

Call of Duty: Modern Warfare is the latest entry in the popular series, featuring both a single-player mode and a nice selection of multiplayer modes.

Call of Duty: Modern Warfare is now available in all regions on PC, PlayStation 4 and Xbox One. We will let you know when Warzone releases as soon as possible, so stay tuned for all the latest news.