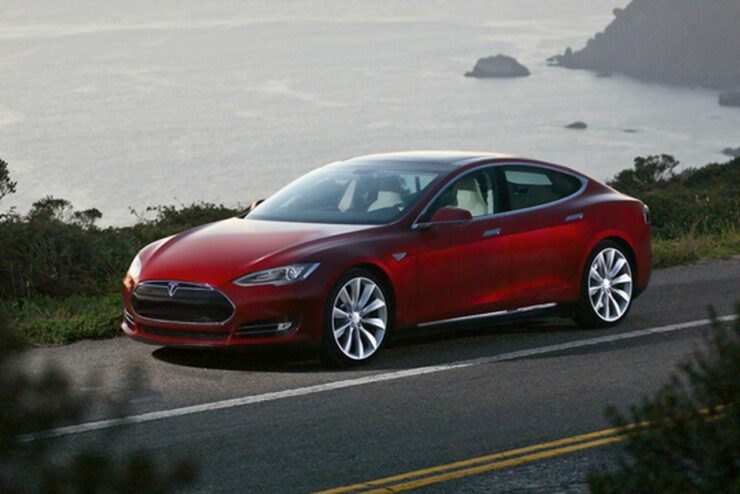 Everyone knows how much out of the box Elon Musk thinks and does. Frankly speaking Musk has always had a thing for cars that turn into boats. Back in 2013 Musk bought James Bond’s custom Lotus Esprit (a submarine car). He later planned to upgrade it using one of his own electric powertrains. Adding to that interest, last year owners of Tesla Model S found an Easter egg in the car’s software. The software showed an image similar to that of the submersible Lotus. Now the CEO of Tesla has supported the fact by stating that it can very well float on water. With the rotation of its wheels, which will provide the thrust needed to stay afloat and going.

Your Tesla Model S can float, but we don't recommend it!

Musk made his comment on twitter soon after sharing the video of Model S floating in a flooded tunnel in Kazakhstan this past weekend. However the clip does not perfectly exhibit what Musk really claimed the Model S to float like. Still the Model S makes a better movement in the flooded tunnel than any other trapped vehicle out there. Since it made it out safely to dry land on the other side, unlike the other cars.

This works well for the Model S because its drive unit and battery are sealed to prevent liquids from entering the car. Although this might be one of the greatest features a car could exhibit for the adventurous types. It still isn’t recommended that you take your car in a large body of water. Musk said it himself in the tweet. Just because you want to try the floating feature doesn’t really justify risking your car and life for it. Even the warranty doesn’t cover damages arising from such circumstances.

Elon Musk later tweeted to his fans that he is still planning to do a sports submersible car that will potentially drive on roads. However since it has limited market potential this is just going to be a side project he added in the tweet yesterday. Musk is also of the view that potential floods due to increase in global warming might lead to submersible cars being popular. If electric cars don’t take off then after climate change floods half the world, submersible cars will.