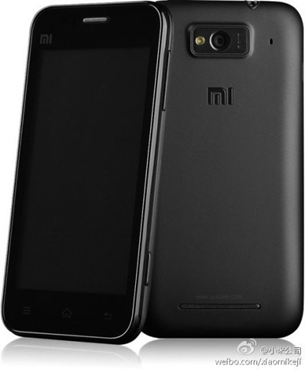 HTC Sensation? Galaxy SII? Suddenly all that seems primitive in the wake of what the Chinese have unveiled today. The super phone called Xiaomi Phone comes preinstalled with MIUI which needs no introduction. The ROM, available for almost any major Android phone, has a user base of nearly 500,000 and updates for it are released on weekly basis. Now onto the hardware which is what makes this phone just that much more special. 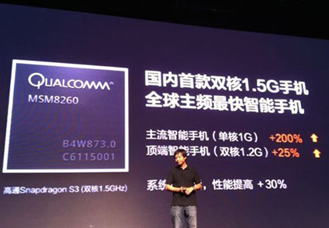 A 4 inch LCD with 854x480 resolution built by Sharp which promises improved outdoor performance. The CPU is the worlds first 1.5GHz dual core Qualcomm MSM8260 SoC powered by the Adreno 220 GPU. 1GB RAM and 4GB ROM comes as standard so multitasking is more than taken care of. And to power all this is a 1930mAh battery which promises 2 days of 'real world' usage. The battery alone puts current smartphones to shame. It's a pity with such massive R&D departments HTC and Samsung have, they cannot make a battery that can last more than 24 hours on 'real world' usage. The camera module supports pictures up to 8MP. And if that wasn't enough, it also has two antennas which eliminates any chance of death grip issues (Sensation?).

Current smartphones with specs that are dwarfed by this cost nearly 700$ contract free. The MIUI phone will cost 310$. And although its only available in China, I'm sure lots of people would be willing to import this to their countries.

The Xiaomi Phone will be available for pre-order in October.