4J Studios Tweets An Image Of Minecraft: PlayStation 4 And PlayStation 3 Edition For Comparison 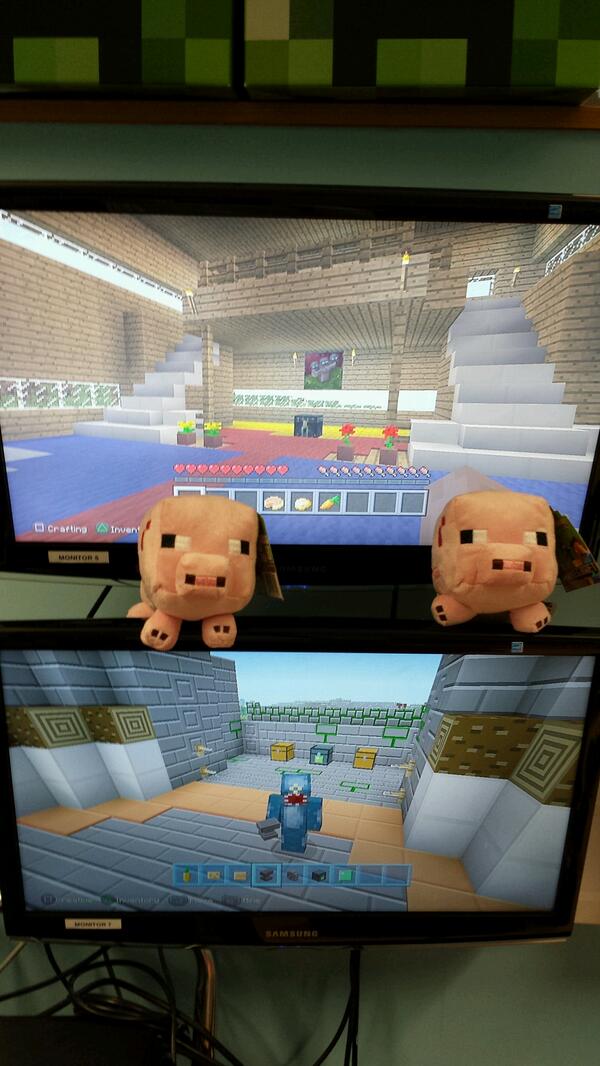 In reply to a fan, 4J Studios confirmed that the bottom screen, on top of which the "Pig plushies" are sitting, is displaying the PlayStation 3 version of the game while the top screen is displaying Minecraft: PlayStation 4 Edition.