Microsoft has invested a lot of time and money on Apple's mobile operating system, iOS, ensuring that a major portion of its apps and services are available on the iPhone and iPad, delivering a seamless experience across the board. It seems as though Microsoft has decided to take things up a notch, and has come to our knowledge that the Redmond company will take advantage of Cupertino's third-party keyboard API, subsequently bringing Windows Phone's Word Flow keyboard to the iPhone. 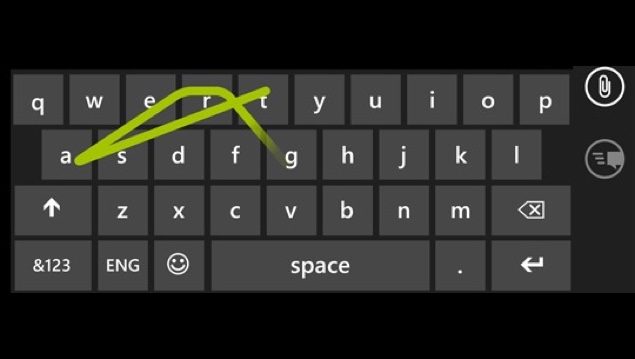 Word Flow Is Powerful And Intuitive, And Is Coming Soon To iPhone

For those who are unaware, Word Flow is Microsoft's answer to Swype, allowing users to type words without having to lift their finger off the screen. Microsoft also claims that it's the fastest keyboard in the world. And luckily for users, they can get the Word Flow experience on the iPhone very, very soon, as the company has sent out emails to Windows Insiders to try out the new keyboard as a beta offering.

The full email from Microsoft is attached below:

Do you own an iPhone (5S or newer)? Do you think your native iOS keyboard could use improvement?

Word Flow keyboard has long been one of the highly praised features on Windows Phone and was used to break the Guinness World Record for fastest texting. We are now working on extending this keyboard to other platforms, starting with iOS.

Before publicly releasing this keyboard to the App Store, we’d love to give Insiders like you a preview. With your feedback, we’ll build a roadmap of improvements to the keyboard over time.

If you’re interested in participating in this beta program, just send an email to wordflow@microsoft.com with subject line “I want in!” and we’ll be in touch!

Given how swift Microsoft has been to release Cortana on iOS, it's likely the company will follow the same routine and make things available to everyone as early as possible.

While we are huge fans of Microsoft's Word Flow keyboard, it still astonishes us at how little the company is investing in its own mobile ecosystem. The lack of official apps topped off with mediocre developer interest is something which Microsoft should fix at this point, and try to retain as many users on its platform as possible, rather than breaking away bits of its mobile OS and bring it to a third-party ecosystem - in this case, Word Flow for iPhone.

Nonetheless, it's a welcome move, and Word Flow is no doubt a powerful little keyboard to have. We'll definitely keep our readers updated when the new typing experience arrives on iOS, so stay tuned!