Microsoft’s earnings fall for the first time in History

Microsoft released its financial reports for the last quarter, which marked the end of their 2008-2009 fiscal year - and the figures aren't looking very impressive. Microsoft's total revenues in the past year were $13.1 billion, down from $15.84 from that same quarter last year, marking an almost 17 percent decline. That amount turned out be lower than what most financial analysts predicted to be in the neighborhood of $14.3 billion.

That's not all, for the first time in the company's 30+ years history, their year-on-year revenues also slumped by 3 percent, from $60.42 billion in 2008 to $58.44 in 2009. Almost every division of the company took a hit from Client services division to Servers and Tools and Entertainment and Devices division. The best performing sector was the Servers and Tools division which, even though was down from the previous quarter, still saw an 8 percent increase overall. Xbox sales were also higher this year though the non-gaming products in the Entertainment division saw a 42% decline. 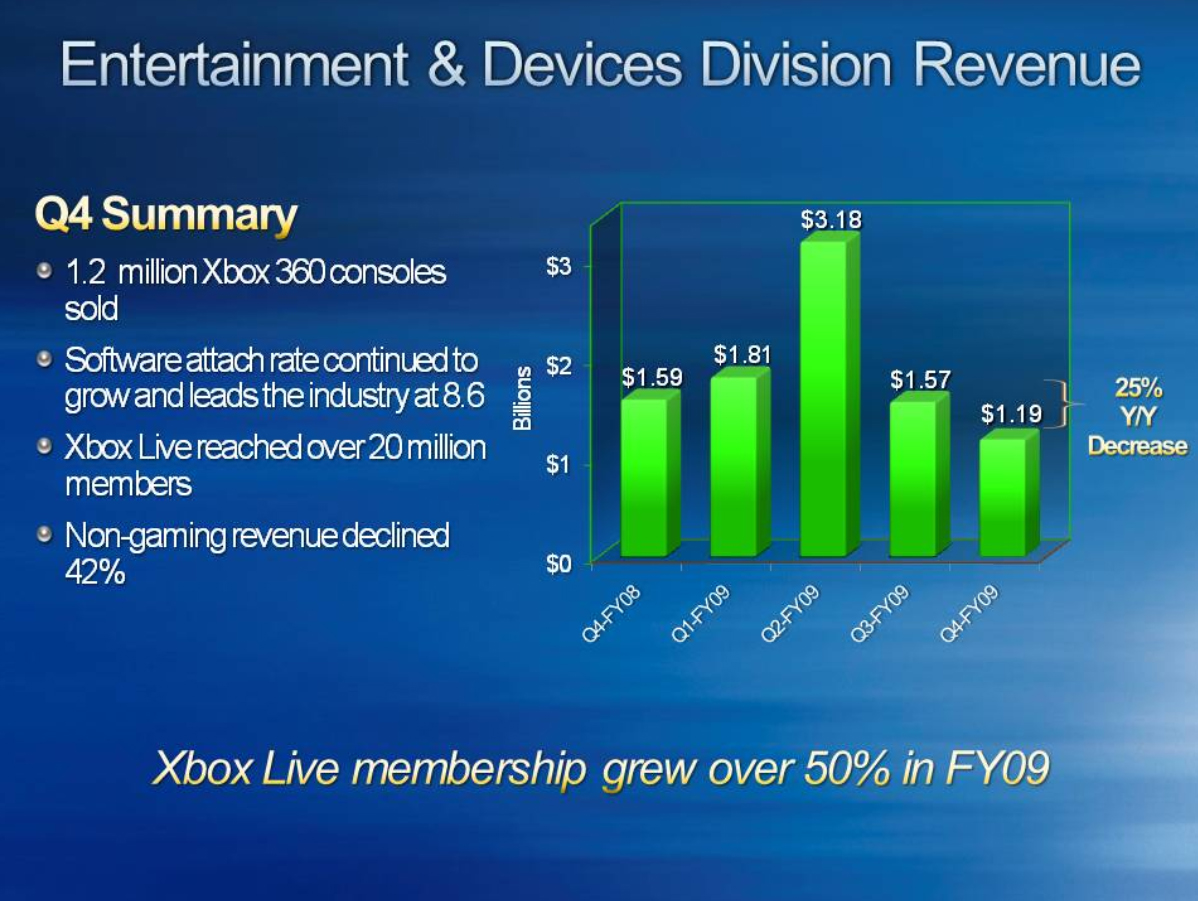 Interestingly enough, the Online Services division proved to be the worst performing of all, even though Microsoft has been having success with services like Bing, their decision engine. The division's total income was $731 million while the expenses were $732 million, which means almost every dollar it earned, got spent on it again, or the other way around if you want to be optimistic.

Most people are comparing Microsoft's revenues to Apple's recent figures claiming that Apple has been doing a good job. But I would like to point out the fact that Microsoft didn't release any new product in the past year, where Apple had put out a new iPhone, iPod Touch, Macs and more stuff.

Microsoft's earnings are expected to bounce back in the fiscal year 2010 which would mark the launch of (among other things), Windows 7, Office 2010, and Zune HD, Windows Mobile 6.5 and maybe Project Natal too. Though the current figures do prove that no one is safe from the economic depression, not even Microsoft.