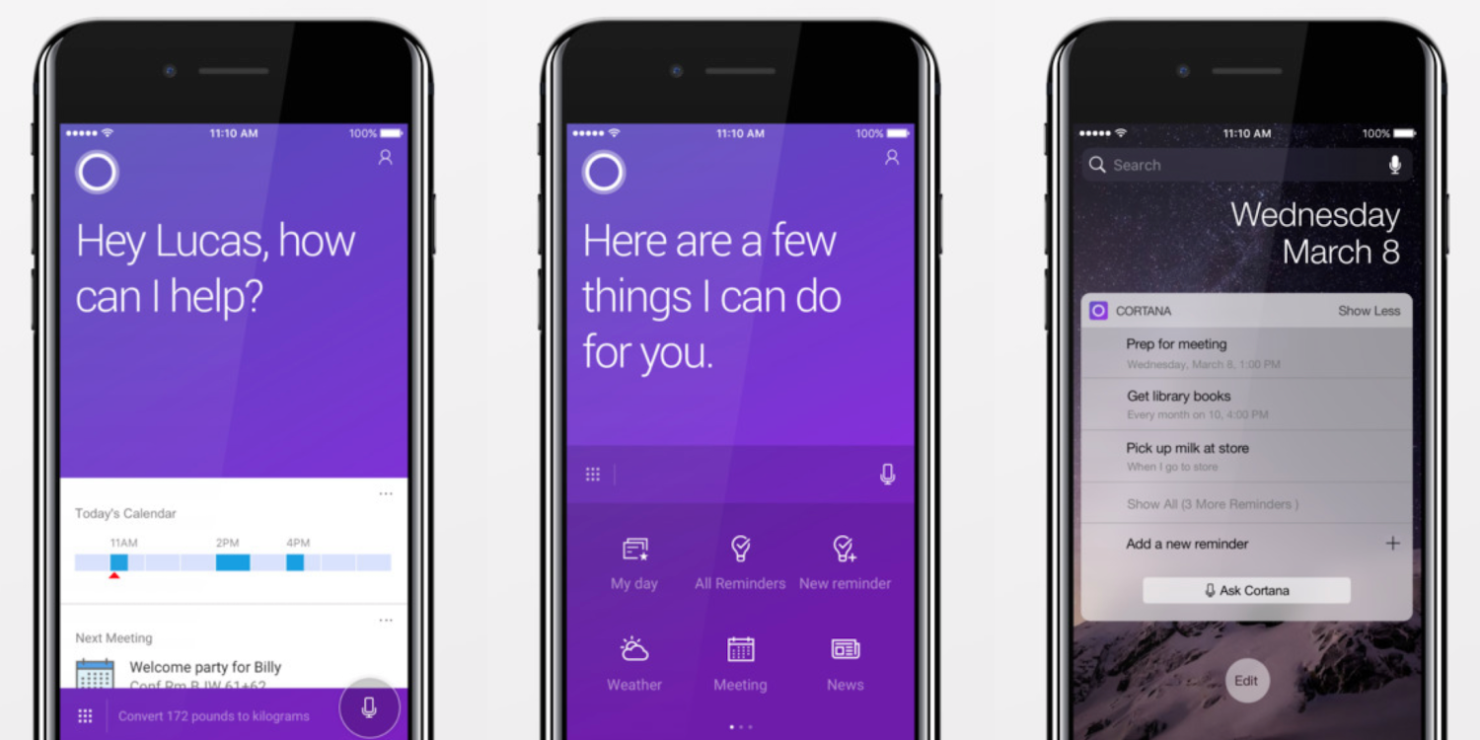 Apple's iPhone is getting an enhanced version of Microsoft's digital assistant - Cortana. The app for iPhone has got some tweaks done by Microsoft, which brings it into closer competition with Apple's Siri. Cortana has received an interface makeover along with other new features and improvements.

There is a substantial level of Purple color explosion in Cortana as a part of its interface redesign. Microsoft also claims that it has overhauled that way Cortana used to execute calling and other functions. Also, the update brings full-page answers by Cortana, which makes the entire experience a bit more immersive. With the version 2.0, Microsoft claims its digital assistant to be better performing along with faster page transitions and improved app responsiveness.

Microsoft Cortana is Coming to iOS and Android

The iPhone users can download the latest version of Cortana from the App Store. Microsoft's listing on the App Store features this changelog:

Thanks for using Cortana! Cortana V2.0.0 includes several performances and design improvements that make Cortana a better assistant for you:

It is worth pointing out that Cortana for Android was already up and running with these features since December 2016. Finally, with the version 2.0, Microsoft has brought the same functionality to Cortana for iOS. Going by the screenshots shared for the iOS version, the interface looks cleaner.

Microsoft will keep updating its digital assistant across all platforms, and it will soon get the functionality to be accessed from the lock screen on Android phones. With the increasing demand for digital assistants, Google has recently rolled out its own Google Assistant for devices running Android 6.0 and more. Now that the competition is soaring, it would be interesting to see if Microsoft's Cortana makes it to more Android and iOS devices. The trail seems tight as Apple's Siri and Google Assistant for Android are pretty good with their features. However, Cortana's support for Android devices running KitKat and above could become a contributing factor towards its sustainability.

What's your take on Microsoft's Cortana? Do you think it stands a chance in front of Siri and Google Assistant? Share your thoughts in the comment section below.