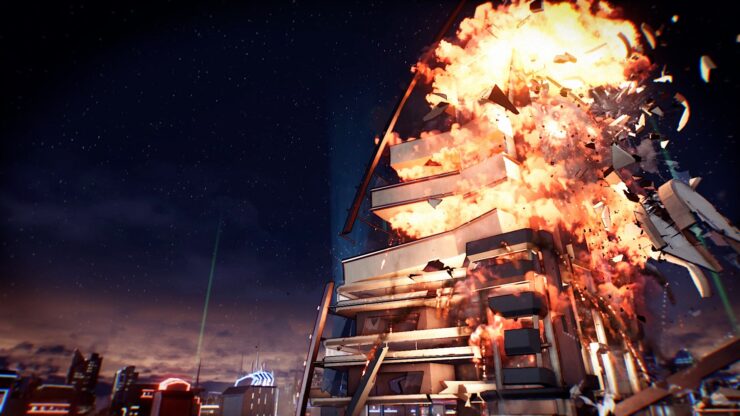 Amy Hood, Microsoft's Executive Vice President and Chief Financial Officer, participated in yesterday's Deutsche Bank Technology Conference at the Bellagio Hotel in Las Vegas, Nevada. Among a number of topics, she took the time to give a lengthy and thorough commendation of the Xbox team for their passion and their push for technologies like AI and cloud, which are going to be used extensively by Microsoft. She also confidently said that Microsoft will build 'the best gaming cloud' (credits for the transcript go to Seeking Alpha).

What I would ask everybody to do is step back a second on gaming. Gaming in a way for us, I would urge everybody to think about just as another incredibly interesting workload that exists in the worldview we have of an intelligent edge and intelligent cloud. If you’ve not had a chance to listen to Satya’s partner sort of deck and speeches, I would urge you to spend time if you want to understand sort of where we’re about – what we are fundamentally about, is understanding the vision we have for the intelligent edge and intelligent cloud.

Within that, the way I think about gaming and the way I think of increasingly thought about gaming is that it’s another first-party workload, no different from Dynamics or Office, then that’s made it different and more viable and more expressive by being built on the cloud that is intelligent. It’s a workload that allows us to build a cloud that’s built for different latency expectations, different usage patterns, different levels of 3D, but different levels of interactivity. It’s one of the best expressions of digital transformation of a business, the way transactions occur, in-product, user-led, user-loved.

If I said, “Well what do we want from every product that we ship at Microsoft,” it looks exactly the way gaming is. You’d want it to have the same passion and the same emotional reaction that I get from Excel, I want everybody to get from all workloads that we build, gaming fans love doing it. And there’s absolutely no reason people can’t feel that expressiveness.

We own – have great content. We know what developers want. And I think if I were to grade myself as a CFO, I would have said, “I wish I would have talked about gaming this way for the past five years because that’s absolutely the way we’ve seen it when we said this is a priority opportunity for us”. It also happens to be a pursuit, but it’s played across devices. It’s really user-centric that leads itself in many ways. It plays to our strengths as a platform company.

We’ve seen that in maybe third-party gaming success in the past couple of quarters. It shows itself in our software and services KPI. When other companies have great success in their games, we too can benefit as a platform that people come to purchase and interact with Xbox. So it is a business that we’ve transitioned quite a bit. You’ll hear us and we’ve done it. I think, maybe I don’t know, but it’s been a little over a year, talk about that Xbox services KPI is a really important one for us. It’s about our ability to continue to monetize users and build an incredibly healthy platform.

I’m really proud of that team. It’s a place that I’m not sure if you’ve gone to many E3 conferences, where they talk about AI and our research team. That team is one of the more aggressive adopters of our AI technology and one of the more important partners to our Azure team I’ve ever seen. It really shows itself and what we’re able to provide to customers. I actually – while I don’t spend a ton of my time playing Xbox, it’s a team that I’m really happy to advocate for because they made a world of difference for us.

Her statements speak volumes on the greater importance that the Xbox team now holds inside Microsoft, as mentioned by Phil Spencer himself a short while ago.

Going back to the gaming cloud, though, it is no secret that Microsoft has been preparing to go in that direction. They talked a big game back in 2013, touting that the Xbox One's processing power would be bolstered by their gaming cloud.

They might have spoken too soon at that time, but the technology has since matured. Microsoft invested heavily in Azure and earlier this year they have acquired PlayFab, too, in order to enhance their gaming cloud infrastructure.

There are rumors that the next Xbox console will be two-tiered, with one lower priced and lower specced console where the games would be processed in the cloud and then streamed to the players. The main goal here would be to increase the total addressable market (TAM), believed to be potentially of 2 billion users by Microsoft, but the other facet would be to provide greatly increased computing power via the gaming cloud, just as originally demonstrated in the Crackdown 3 multiplayer demo seen in the featured image.

Microsoft thinks they're ready for this 'transitional moment', as Amy Hood called it later in her speech. We'll be watching with great interest.