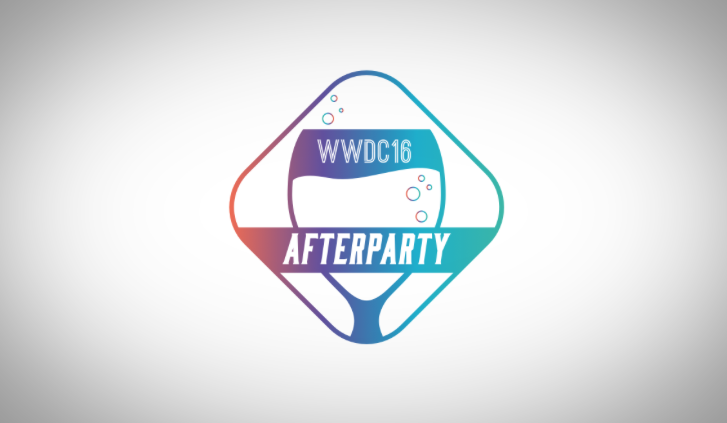 It's a well-known fact that iOS and OS X get first love when it comes to apps, with Android being the usual second recipient, followed by others, namely Windows et al.

Microsoft's WWDC Afterparty Is A Desperate Move To Get Developers Onboard

In order to make sure developers give Microsoft's platform as much importance compared to others, the Redmond giant is going to throw an afterparty right after the opening WWDC 2016 keynote, where hopefully, the company will do all it can in its power to reel in a developer or two to craft apps for the Windows platform.

Quite frankly, this is an absolutely desperate move from Microsoft, and in a time where every second developer wants to get their app out on iOS, OS X and Android first, rather than anyplace else. Will Microsoft succeed in grabbing a bunch of developers' attention? Well, we can't say for sure. But given the fact that Microsoft's afterparty can be attended by anyone, even those who are not attending WWDC 2016, is a clear sign that the company is desperate to get things rolling for Windows 10.

Interestingly, Microsoft will be giving away a bunch of stuff away at its WWDC afterparty, with an Xbox One and an Apple Watch Sport available for grabs every single hour. So, if you're in and around the area, we highly recommend that you drop by Microsoft's afterparty to win a thing or two. 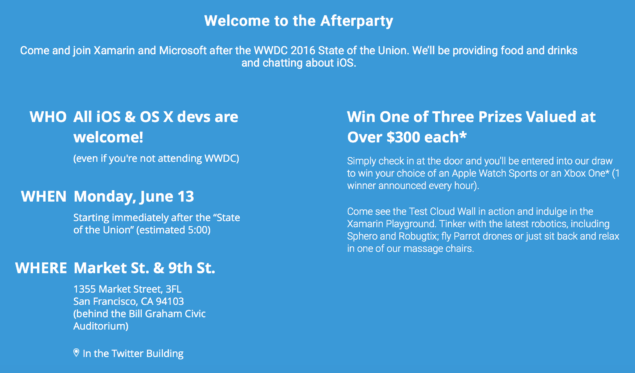 But wait, there's more - Microsoft will be offering refreshments to those attending as well, giving you another reason to attend the company's afterparty.

If you're planning to drop by Microsoft's afterparty, then be sure to drop an RSVP here.

It's somewhat of a shame that Microsoft never gets the developer love that it deserves. But it's Microsoft's fault as well how it markets its products and services to consumers. It just never tried to make its platform look 'good' or a viable alternative to existing, competing offerings.

Rather than delivering something good for the general public, Microsoft has been constantly pushing half-baked software into the public domain, with majority of the updates mainly reserved for developers. That's just not how it works, and Microsoft needs to understand this immediately. And given that Microsoft is a software company, it boggles our mind why they've stopped trying altogether in a bunch of different areas of interest. Take a look at Windows 10 Mobile, for instance.

Let's hope Microsoft learns a thing or two from others quickly.