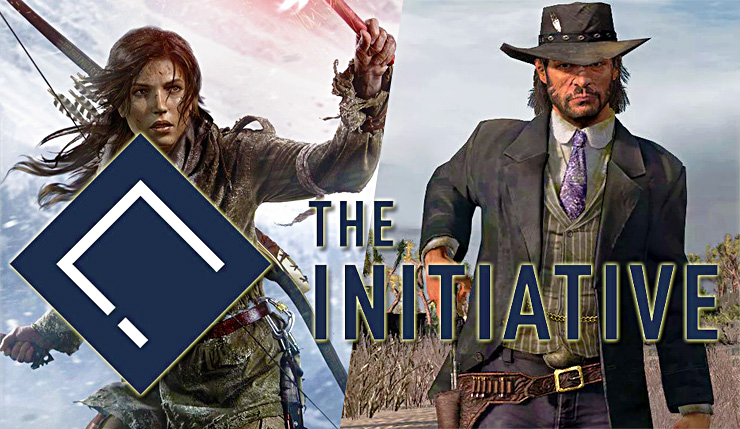 At E3 2018 Microsoft dropped a bomb, announcing it was adding a whopping five studios to it’s first-party stable. Most of these, like Playground Games, Ninja Theory, Undead Labs, and Compulsion Games, were pre-existing studios Microsoft snapped up, but the publisher is also starting an all-new studio in Santa Monica called The Initiative.

The Initiative is headed up by Darrell Gallagher, who’s contributed to a long list of games, including Rise of the Tomb Raider and Crash Bandicoot N. Sane Trilogy, but who else is working at the new studio? Well, Gallagher recently announced a few names via LinkedIn – he’s since pulled the post for some reason, but, of course, the Internet never forgets. 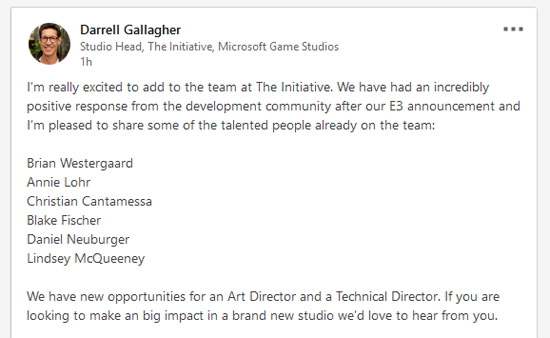 Some fairly major names there, including Christian Cantamessa (lead writer and designer for Red Dead Redemption), Brian Westergaard (lead producer for the new God of War), and Dan Neuburger (co-director of Tomb Raider and Rise of the Tomb Raider).

No word yet on what The Initiative is working on, but based on these most recent hires, some sort of action-adventure and/or open world game seems likely. Here’s what Gallagher had to say about The Initiative’s mission back when it was first announced…

“The foundation we have in place for The Initiative is unique in many ways. We’ve been given the freedom to explore, try new things and operate like an independent studio, with the backing from one of the biggest companies in the world to do something bold and different. The industry is headed in an exciting direction, and we see an opportunity to create amazing new game experiences of the future. Our immediate focus is expanding our team to bring that vision to life, and we are incredibly excited for what the future holds for The Initiative.”

What do you think The Initiative is working on? What would you like to see them make?