Microsoft has launched its rival to Adobe Flash for Symbian OS, which now gives users and developers and advantage to create more interactive applications for Symbian OS. 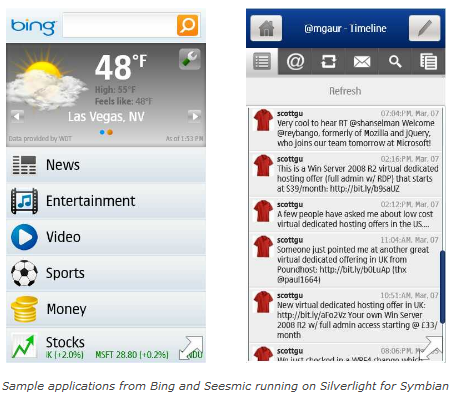 According to the Silverlight website: Silverlight includes a runtime that is optimized to display content on memory-constrained devices. Silverlight support for Nokia S60 5th Edition devices includes: