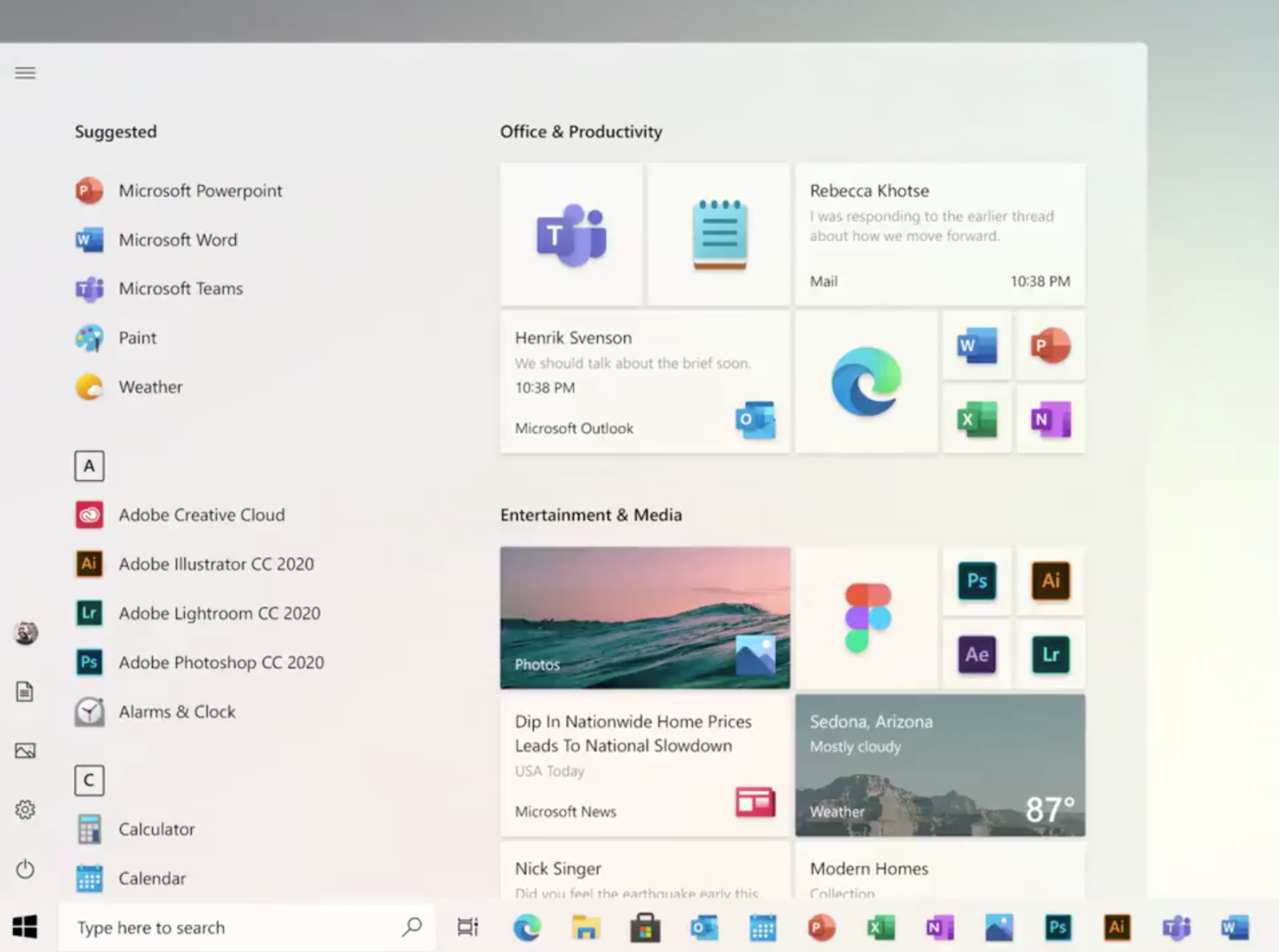 It's now been quite a few months since we first started to hear about Microsoft exploring a modern take on Windows 10 Start Menu. Earlier this year, we saw reports that the company could move away from Live Tiles. While that apparently isn't happening, Microsoft has been throwing some crumbs and lately full-fledged animated clips to show its take on a modern Start Menu.

The company shared the following clip, showing both the dark and light mode designs of the new Windows 10 Start Menu that it's exploring.

Created by the @Windows design team, this animated clip illustrates a sliver of the #UX evolution and modernization of the Windows experience. Let us know what you think in the comments below! pic.twitter.com/s4SVXncLEo

This design also got a cameo in an Instagram post by Panos Panay last month, which means this might just make its way to end users and isn't just a work in progress. The Windows development team is primarily focusing on giving the Start Menu a look that is more consistent with Fluent Design with more spacing and less color. 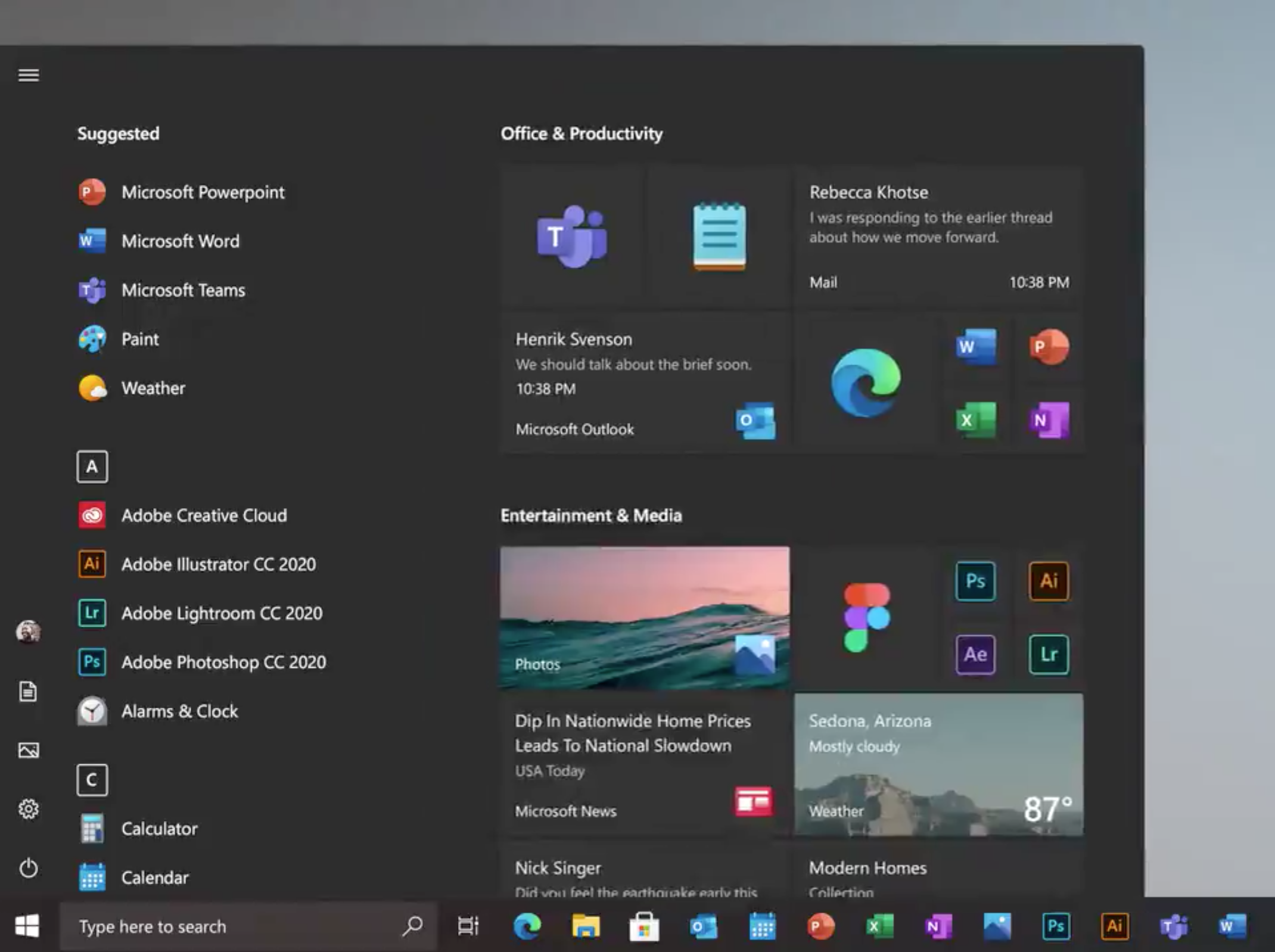 With new foldable devices that will be powered by Windows 10X, it makes sense to create a design that is also seemingly touch-friendly. Ahead of the release of Windows 10X later this year, Microsoft has been giving a new coat of paint to some corners of the operating system while rethinking some more. However, this release might get delayed now considering the ongoing health crisis that has disrupted several release schedules.

But whenever that release happens, if a future Windows 10 version or Windows 10X does bring this design of Start Menu, how'd you feel about it? Too "modern..." or finally makes sense? Do share your thoughts.