Take A Look At All Of Cortana, Spartan And Windows 10 Goodness Showcased By Microsoft Today!

Its here folks, finally we get to see some more consumer features on Microsoft's Windows 10, which should be available for updates later this year. With today's event, Windows 10 not only comes with an improved desktop interface but it also ends up showcasing Microsoft's Spartan web browser, something that the company has been forced to develop owing to the general notoriety of Internet Explorer in the web world. So lets take a look at all the changes debuted by Microsoft today in Seattle.

Starting with Windows 10 in general, Terry Myson, Microsoft's Windows chief confirmed that Windows 10 will be covering a broad range of devices and will also include features such as Continuum, cross platform gaming and Cortana. Windows 10 Insider Program has also been a success, according to Microsoft. By the looks of things, Insiders have sent information and feedback on over 200,000 topics back to Microsoft, with Windows 10 having been installed over 3 million times. 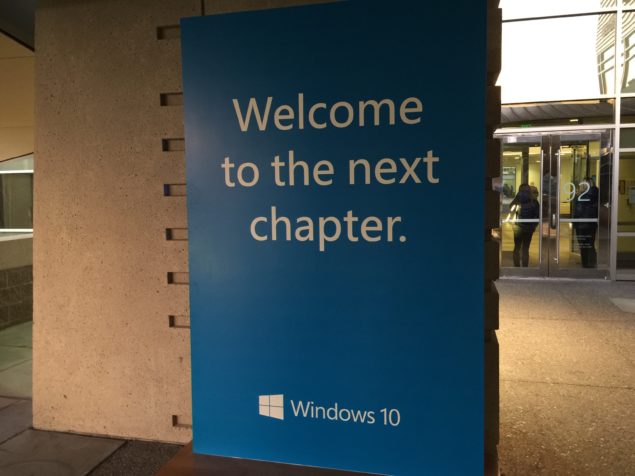 Starting from the tagline 'More personal computing', Windows 10 seems to be focused around three key areas. These are mobility, trust and natural interaction, which Redmond believes should be the key towards letting you pick up your work anywhere from where you left it before. According to Myerson, "we see a world where you can share that experience across all devices... making technology really come to life." It has also been confirmed that all devices running Windows 8.1 will also be getting the Windows 10 upgrade for free. Windows 7 users are also in for some good news, as Microsoft has announced that all Windows 7 users will be getting the Windows 10 upgrade for free for the first year. 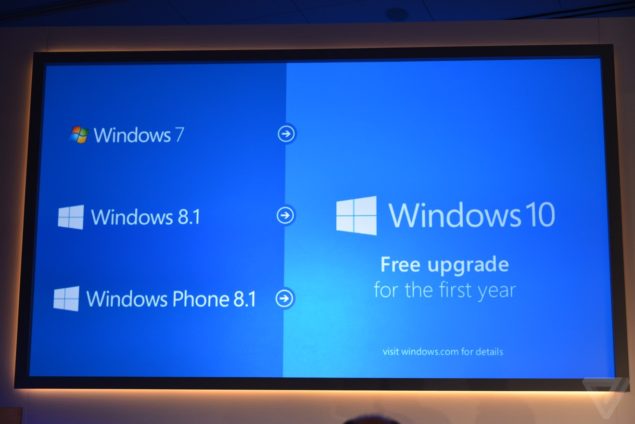 There has been more word on Windows 10 being a single platform for all devices. Microsoft says that Windows 10 can be thought to be the largest internet service on earth. Furthermore, developers will be able to target every Windows device with this new platform. Overall, the Windows 10 interface and icons on the taskbar seem to be more refined with a much more modernistic and simplistic touch. So lets start by taking a look at what Microsoft has to offer us. 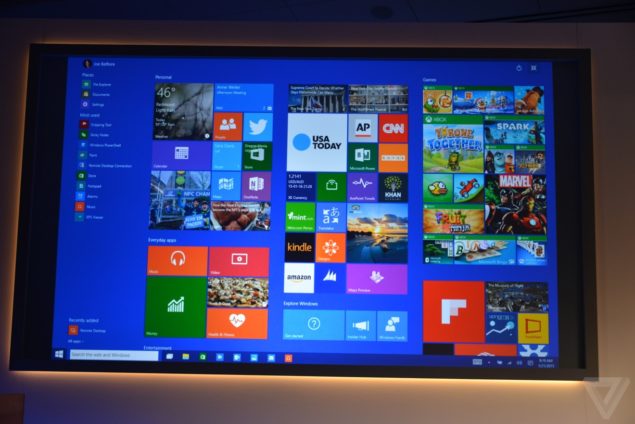 Finally, the moment we've all been waiting for is here. The demo of Windows 10 has been all that we've been telling you about so far. The Start Menu, as can be seen in the bottom of the image is a bit more refined and also contains the new search bar option, which contains Cortana support. And here's the big thing. We'll be getting a full screens Start Menu in Windows 10, which will contain new, redesigned icons, coupled with animations on board. This Start Menu can also be minimized so that it looks like the one found in Windows 7. 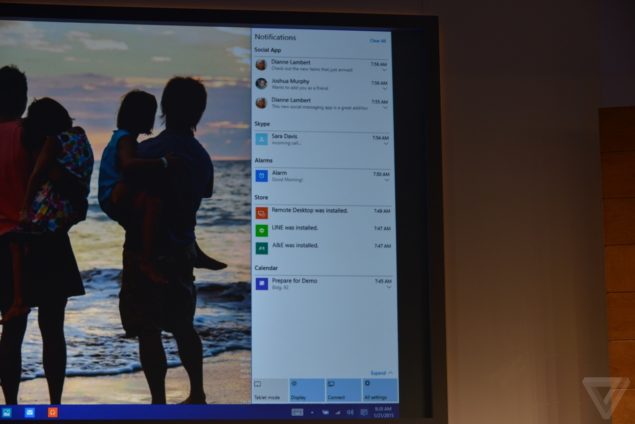 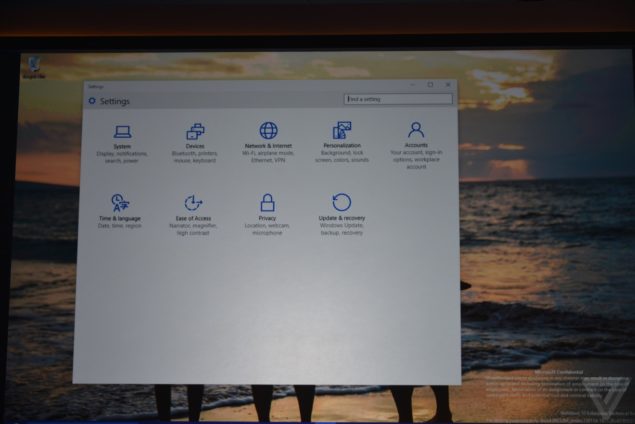 A welcome addition in Windows 10 is an all new Settings menu that integrates both the control panel and the PC Settings app on the operating system. This should no doubt allow better accessibility for users as well as bring various options such as Personalization, Accounts and more. 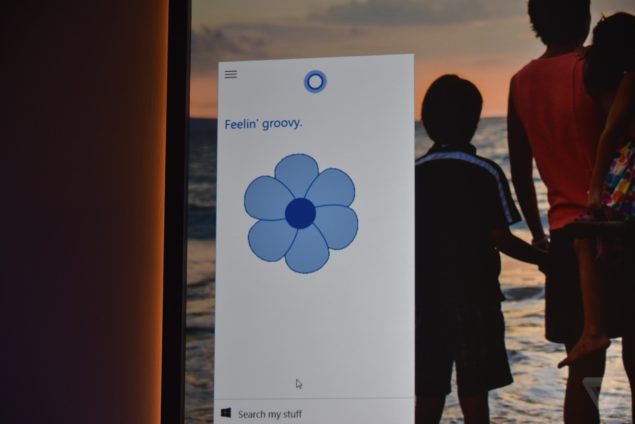 As expected, Cortana also made an appearance at Redmond's event today. The virtual assistant for users on Windows 10 can be accessed from the all new search menu on the taskbar. In addition from taking commands, Cortana will also be giving you an odd notification here and there, says Microsoft. Microsoft demonstrated just how far Cortana will be integrated into your PC and by the looks of things, the integration is going to be quite deep indeed. Asides from showing you your flight schedules, the weather and daily news, Cortana will be able to a lot more than that on Windows 10. 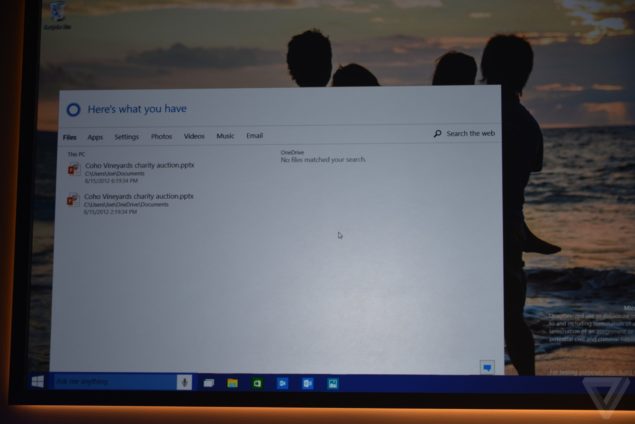 Feeling the need to take a look at pictures from last month on your Windows 10 PC? All you need to do is give Cortana the voice commands and the virtual assistant will have your files ready for you. Same goes for any powerpoint presentations, word documents or any other files that you might have stored on your PC. You can also open up any app on Windows 10 using Cortana. After you type the app's name and hit enter, you'll either be directed to the Store if the app isn't installed or you'll simply open it up in Windows 10. 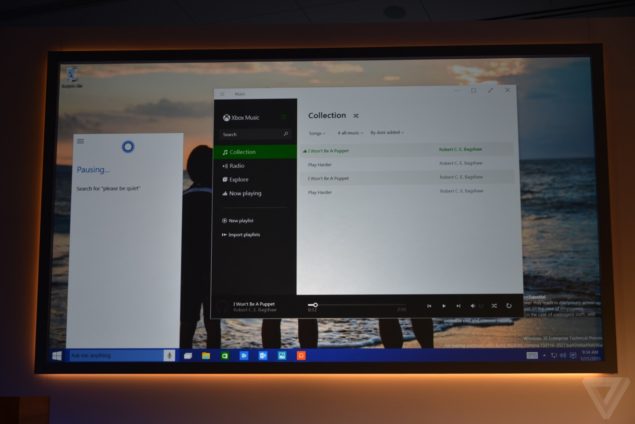 All the music fans out there are also in for a special treat through Cortana. You'll be able to open your Music on Windows 10 by simply giving the command 'Hey Cortana, Play my music'. And if you want to pause your tunes, then all you're going to need to do is give the simple command of 'Hey Cortana, please be quiet' and voila, your music will be turned out. We here at Wccf can't wait to stretch out the limits of these commands to see just how many variations Cortana is able to respond to. 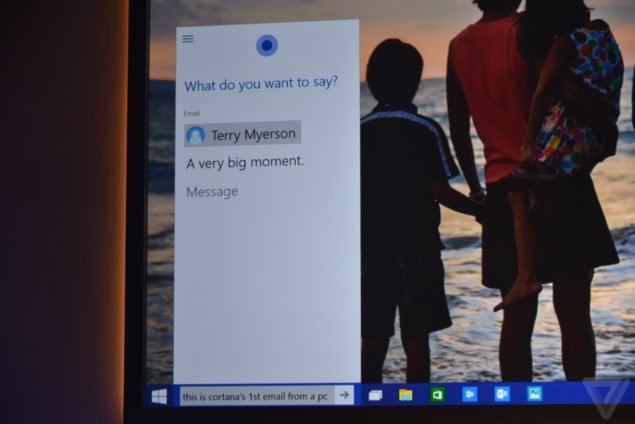 Think we're done with Cortana yet? You'd be wrong. Not only will Cortana be a major part of how you'll end up interacting with your PC, it'll also be able to do a few more things. This includes the ability to now send emails simply through dictation and without the need to type them at all in your PC. Windows Insiders will be able to get a hold of these features over the next several months. 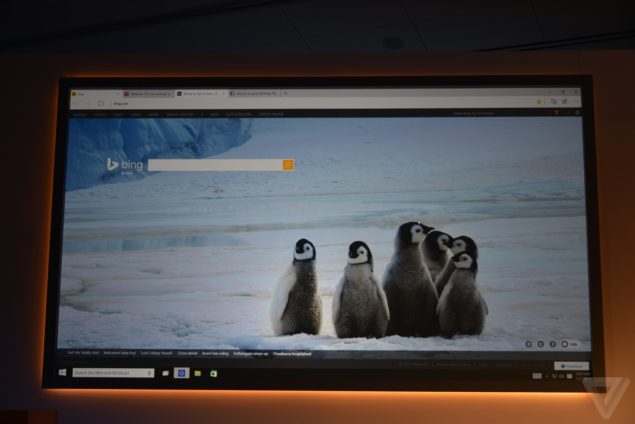 Its official folks. The much hyped about replacement for Internet Explorer as the go to browser for Windows users is here. Microsoft has also introduced Spartan today, that comes with an entirely new rendering engine under the hood. As expected, Spartan ends up simplifying things greatly when it comes to web browsing on Windows 10. Spartan's going to be quite awesome it seems, with an entirely new note taking feature on board, that lets you take notes directly on to web pages. You can make drawings directly on a web page and share these notes/drawings directly on it. 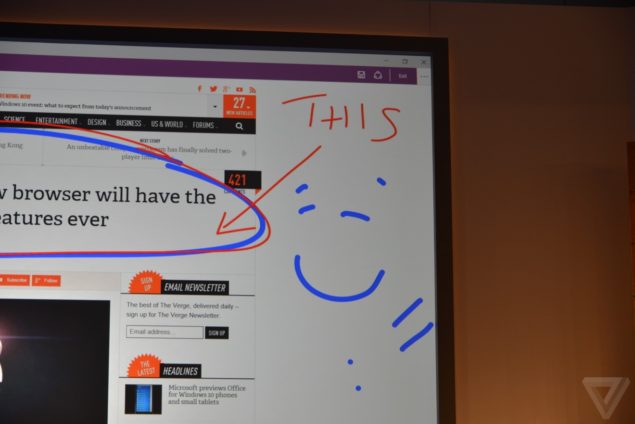 Looks cools doesn't it? Looks like Microsoft has thought long and hard when it comes to Spartan on Windows 10. Not only will you be able to take notes and such, you'll also be able to click anywhere on the page to add comments and also save either the entire page or end up taking clippings of it for future review. Spartan also has an all new reading mode built into it, that allows you to open your respective web page just like a book for easier reading. 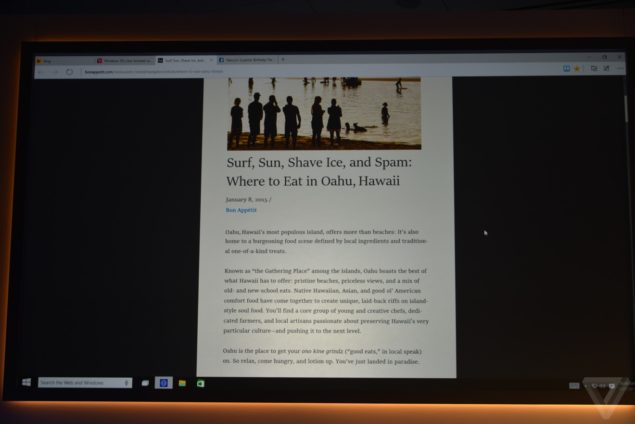 But that's not where Spartan ends. As expected before, Cortana has also ended up being directly integrated into the browser and will now be able to facilitate you when you stumble across a variety of web pages. Cortana will be there to help you on your flight times when you type the name of your airline in the address bar, give you directions to the restauraunts whose names you type in the address bar and even end up showing you the weather when you simply type 'weather' and even give you meanings to words as you type on them. Take a look below. 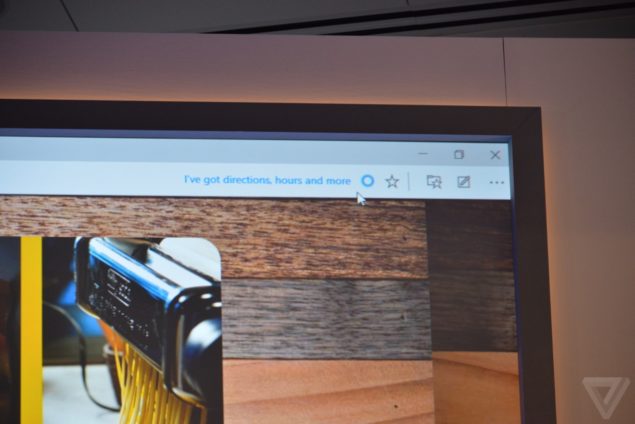 From Continuum, to Cortana to an improved overall interface, here's all that Microsoft had in store for us today at its Windows 10 event. By the looks of things, Redmond seems to be heading in the right direction when it comes to its next operating system. A much refined start menu, improved apps, notification bar and more were much needed changes across the platform, and Windows 10 seems to be on the right track to integrate the best of both Windows 8.1 and Windows 7. Agree? Disagree? Like what you see? Let us know what you think in the comments section below.