Microsoft: Time to Ditch Windows 7 for Something New 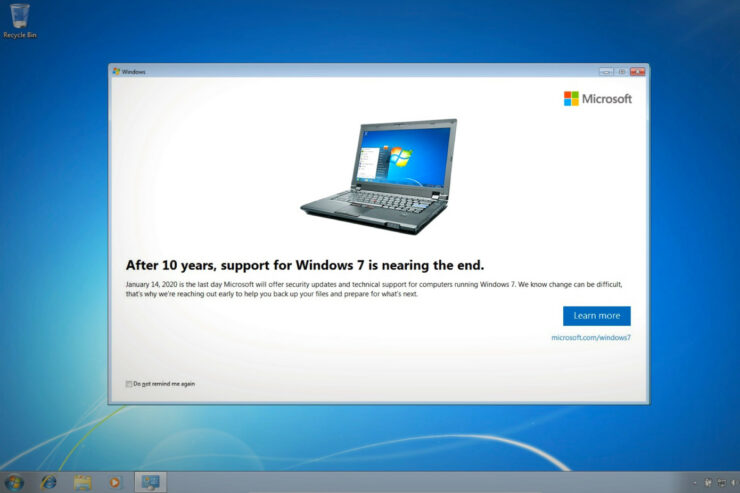 Earlier this month, Microsoft had said that starting from April it will begin notifying Windows 7 users to upgrade to Windows 10 considering the user-favorite operating system is going out of support on January 14, 2020. Microsoft has started rolling out a fresh new patch today for Windows 7 that enables these reminders.

Microsoft writes in the release notes of KB4493132:

Windows 10 Build 20190 Is Out with New Post-Update Experience

After 10 years of servicing, January 14, 2020, is the last day Microsoft will offer security updates for computers running Windows 7 SP1. This update enables reminders about Windows 7 end of support.

This will again push the Windows 10 upgrade alerts on Windows 7 machines. However, this time these alerts won't (hopefully) nag you like the last time as the company has promised to show them only a handful of times and give users control with a "Do not remind me again" checkbox.

Released in October 2009, Windows 7 will no longer receive security or support from Microsoft after the end of support deadline since the company is moving on to focusing its "investment on supporting newer technologies and great new experiences."

The Windows maker said it "strongly recommends that you move to Windows 10 sometime before January 2020 to avoid a situation where you need service or support that is no longer available." If you are worried about paying for Windows 10, several users have managed to upgrade to Windows 10 for free by using their Windows 7 keys.

- Relevant: Are you still holding on to Win7? [poll results]